It’s estimated that individuals in the United States have racked up tens of billions of dollars in debt as a result of their time in our country’s criminal justice system. Billions.

It’s been acquired in a range of ways. In part, there are charges for restitution, the payment to victims ordered by the court to be paid, and child support, maybe, if that’s something they’ll owe. But that’s just the first on the menu of potential things for which inmates may be charged or their wages garnished. 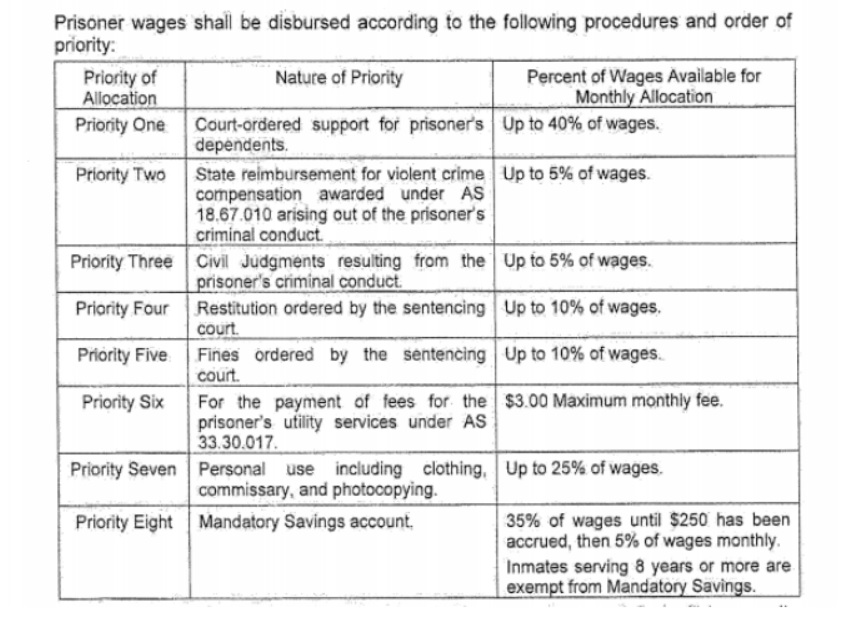 From transportation and room and board, clothing, photocopying, commissary, medical payments, administrative fees and stamps, inmates and former inmates are often expected to help compensate for their time served.

MuckRock has begun to collect the policies and protocols that state Departments of Corrections use to guide their assignment and collection of inmate debts, and while the state-level directives don’t give a clear sense of the county-level “pay-to-stay” policies that jails are permitted to implement in certain states, they do provide a sense of the complicating scope spending and saving while incarcerated.

In California, for example, inmates ordered to pay restitution by the court are also subjected to a 10 percent administrative fee to cover expenses associated with the system processing that payment.

Inmates who work are often expected to pay more for their stay and typically have a program of scheduled wage deductions. In North Carolina, prisoners that participate in the Work Release Program can be charged $20 for each day that they work.

They’re also expected to pay a charge of $3 for transportation.

And in many states, like Alaska, when medical bills or co-payments cannot be funded out of an inmate’s account, the charge waits until the day that it can be satisfied.

As MuckRock continues to explore the world of inmate debt and pay-to-stay strategies, feel free to reach out with tips and suggestions at info@muckrock.com.

Image via Bureau of Prisons