Since then - ten business days, which also happens to be exactly the number of days in which an agency is expected to respond to a request under the North Carolina Public Records Law - only three Sheriff Departments have completed the request. A whopping 82 percent of them remain unacknowledged.

On the South Carolina border, Gaston County Sheriff released its contract with IC Solutions, including monthly commission reports for the last four years that detail the agency’s five-digit revenue from inmate calls. 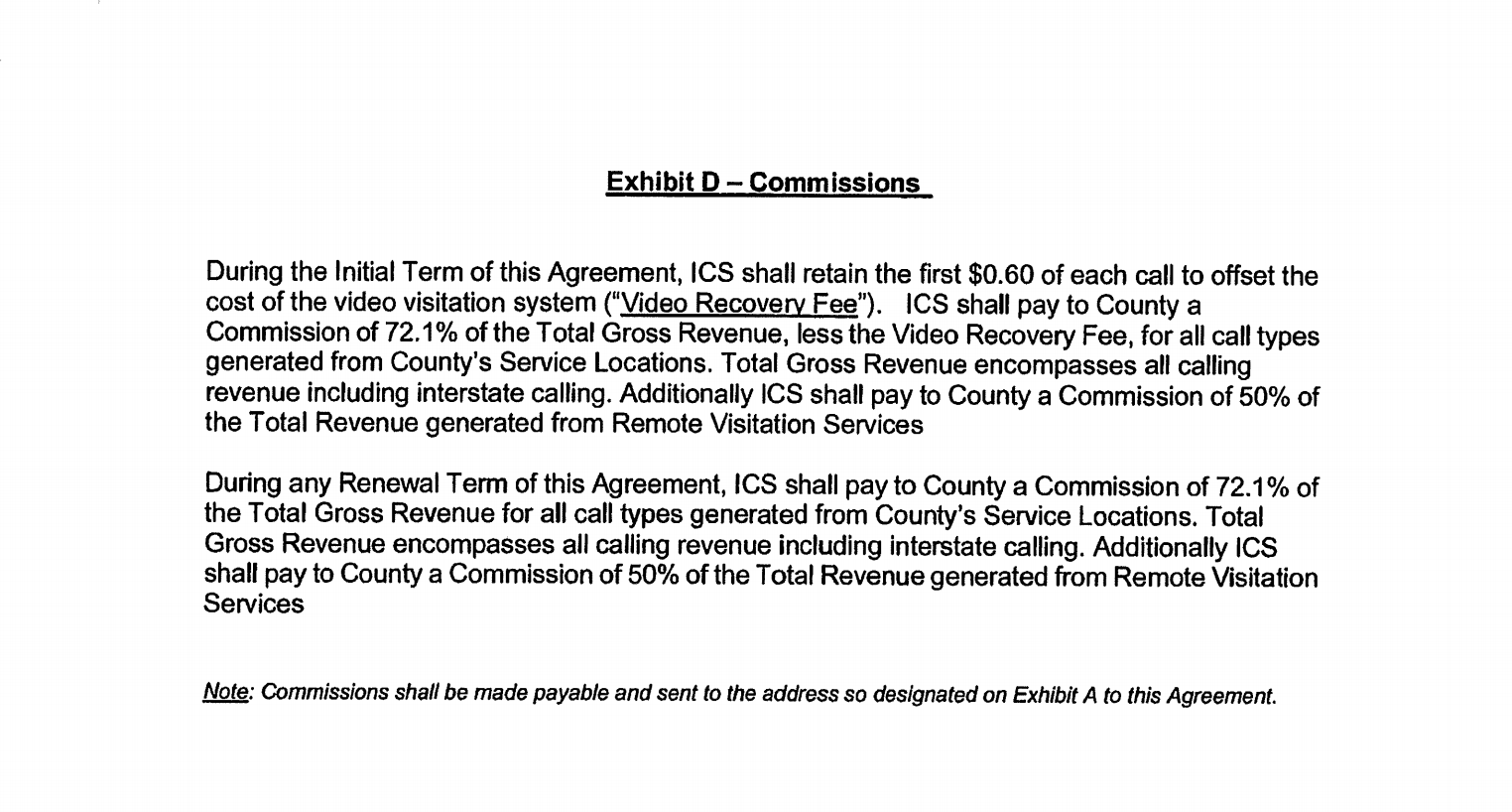 Yancey County Sheriff’s Office provided an agreement, signed last month, that commenced a four-year deal with Kentucky-based CyberPath Services for an inmate messaging system called Chirping. The system will include a $3 fee to load credit onto an individual’s account, and inmates will be liable for up to $200 if assigned devices are damaged. The “Chirps” will cost ten cents each, and the facility will receive a two-cent “administrative reimbursement” for each one. The County also provided its commissary agreement with Kimble provides for a 10 percent transaction fee on deposits with a minimum fee of $3.25.

And from northeastern North Carolina, in the 14,000-person Chowan County, Chief Deputy Andy Bunch sent MuckRock the area’s contract with Securus, explaining that the company found the jail too small to warrant local commissions. On a recent call, Chief Deputy Bunch explained that at the moment the facility only has about 15 inmates and is currently considering consolidation with the jail of a neighboring county.

MuckRock is still awaiting response from the majority of North Carolina counties. You can follow those remaining requests from their respective request pages or let us know about your own prison communication experience via the form below.