For this week’s FOIA round-up, documents reveal most of the officers in “implicit bias” training are accused of same abuses the program is attempting to prevent, a request confirms claims that neglect led to the death of an Indiana inmate, and a record from Elizabeth Warren’s past resurfaces through the Texas Public Information Act.

Documents obtained by The Intercept through the Illinois Freedom of Information Act revealed that a majority of the officers leading the CPD’s implicit bias training program have had complaints of abuse or misconduct filed against them, undermining the legitimacy of the training program - and of more police “training” in general - as a solution to police brutality.

“Sixteen of the 17 police officers … who have provided instruction for the procedural justice training program since the start of 2017 have together garnered a total of 111 misconduct complaints, according to police documents obtained through a Freedom of Information Act request.”

A New York Times investigation verified claims of police abuse and neglect in the case of Lamekia Dockery, an 36-year old inmate who died at the Goshen, Indiana work-release center after being arrested for shoplifting. Reporter Sarah Maslin Nir filed an Indiana Access to Public Records Act request that turned up corrections officers’ logs which confirmed what she had been told by Dockery’s fellow inmates: that she was shackled, castigated, and placed in solitary confinement for demanding medical care from the facility, or seeking help from others when she was denied it.

“Ms. Dockery’s death was likely preventable. But she died because, experts told me, as a drug user, a black woman and an incarcerated person, her human anguish was dismissed.”

The Washington Post obtained Warren’s 1986 Texas State Bar registration card through an public records request, on which she marked her ethnicity as “American Indian.” 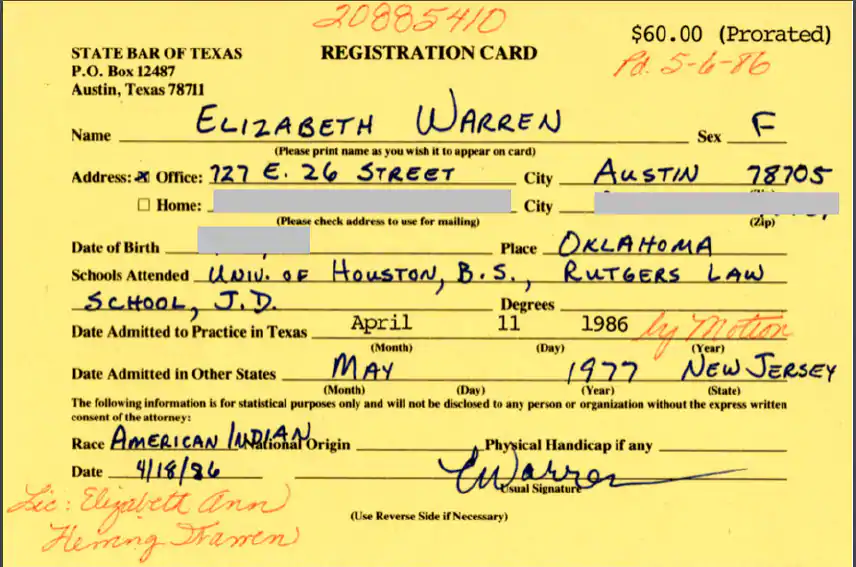 This news comes just a few days after Warren issued an apology to the Cherokee Nation for releasing her 23&Me results in an attempt to prove her Native American ancestry.