While the online release of Central Intelligence Agency’s CREST database is undoubtedly a good thing, it came only after years of tremendous public, legal and financial pressure. As a result, the Agency has worked to undercut CREST at every turn, weakening the ability to search the records, disabling features, and most notably, redacting anything and everything for the most spurious reasons - usually claiming that it’s an intelligence source or method. Considering CIA generated a list of 126 “aspects” that could be used to claim something was an intelligence method or source explicitly so they could exclude as much material as possible, this is hardly surprising.

Here are five of the most questionable redactions found in the CREST database.

5. CIA Claims a secret Soviet beer is the method to their madness

As JPat Brown previously discovered, one document in CREST was a thank you note written in response to the delivery of two cases of beer to CIA Director William Casey. 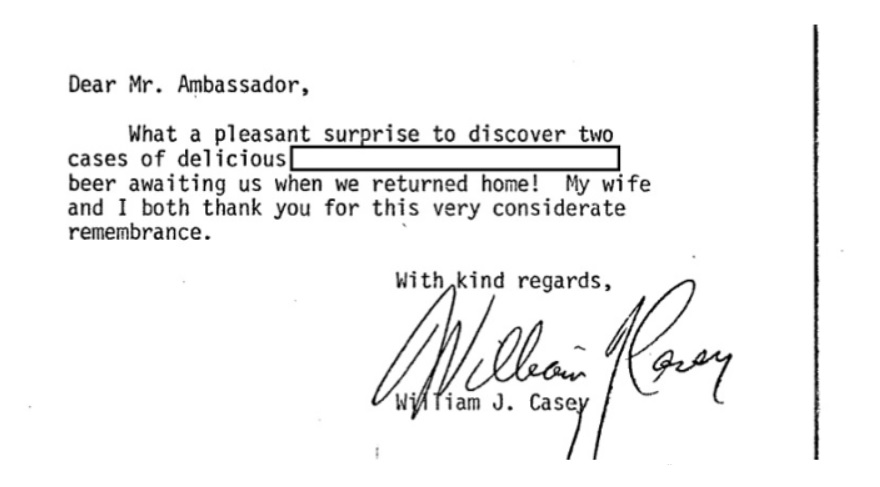 The identity of that beer remains a closely guarded national secret, since it “reveal the identity of a confidential human source, a human intelligence source, a relationship with an intelligence or security service of a foreign government or international organization, or a non-human intelligence source; or impair the effectiveness of an intelligence method currently in use, available for use, or under development.” Since a beer couldn’t be the source of information, we can only conclude that we have discovered the secret to CIA’s madness. In hindsight, it’s obvious - CIA’s World War II predecessor, the OSS, used alcoholic drink names as cryptonyms for some of their activities. 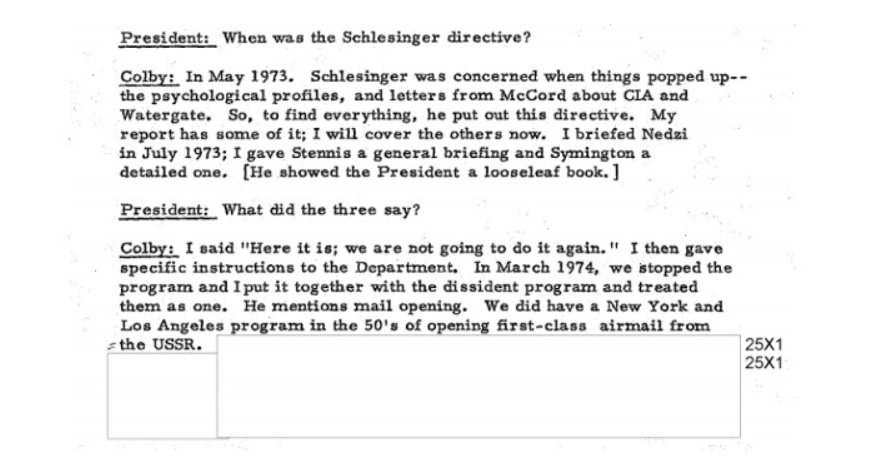 3. What the President said at a public press conference is a state secret

While one sympathizes with the Agency’s desire to keep secret the names of its officials, its hard to imagine what statute prevents them from letting us know what President Kennedy said to a journalist at a press conference. Strangely, CIA did not claim that the name of the official was a source or method that needed to protected as they usually would. Instead, it’s simply a statutory redaction. 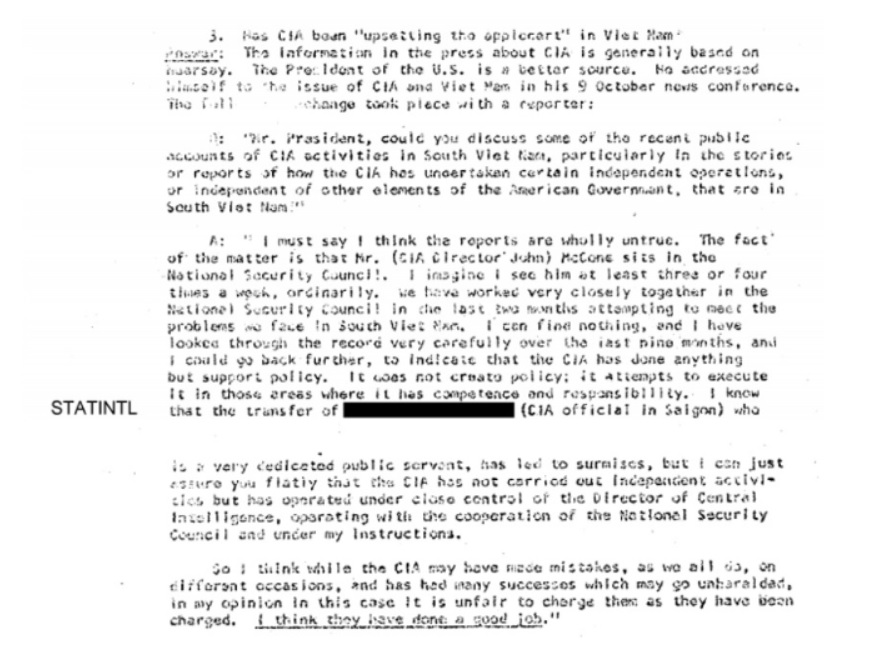 2. CIA claims that getting GAO to stop auditing the Agency was an intelligence method

Within CIA’s CREST database is a set of documents describing their history with the Government Accountability Office and how the current policies came to be. A number of the letters originally included in the packet are withheld in their entirety, citing 25X1 once again - the sources and methods claim. The only problem? The withheld letters were declassified and published in the ’70s, and they contain precisely zero sources or methods. What they do describe is part of CIA’s efforts to kill GAO audits of the Agency by denying them access. 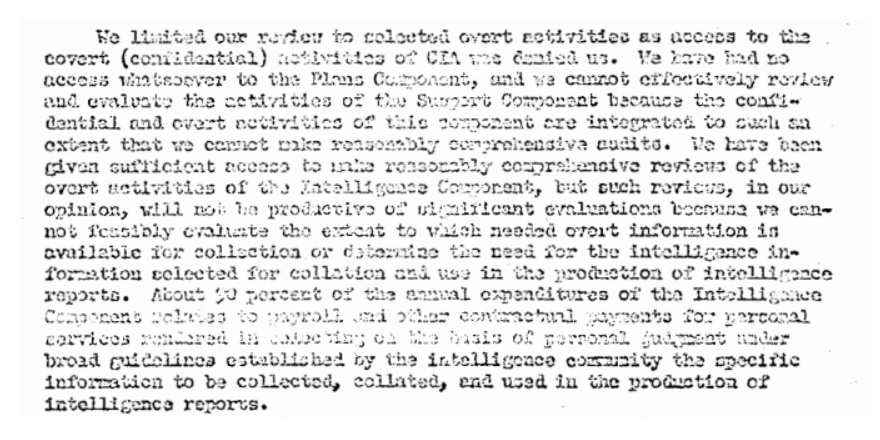 1. The identity of CIA’s cafeteria would reveal a source, or a method

A 1988 status update shows that the identity of CIA’s cafeteria reveals a source or method of the Agency and is thus protected under 25X1.

Because of course CIA would say it is. Of course. If you’re asking yourself “isn’t it bad OPSEC to name the cafeteria after something that sensitive?”, the CIA’s got an answer handy - “just don’t think about it.”

What’s the worst redaction you’ve found in CREST? Let us know on Twitter, or at info@muckrock.com