A file in the Central Intelligence Agency’s CREST database entitled “REPORT OF FOREIGN GIFT” consists of a 1981 letter to an unidentified Ambassador from former CIA Director William Casey, thanking him for the surprise gift of two cases of beer. If you’re wondering what kind of beer gets you on a spook’s good side, keep wondering: the brand is redacted. 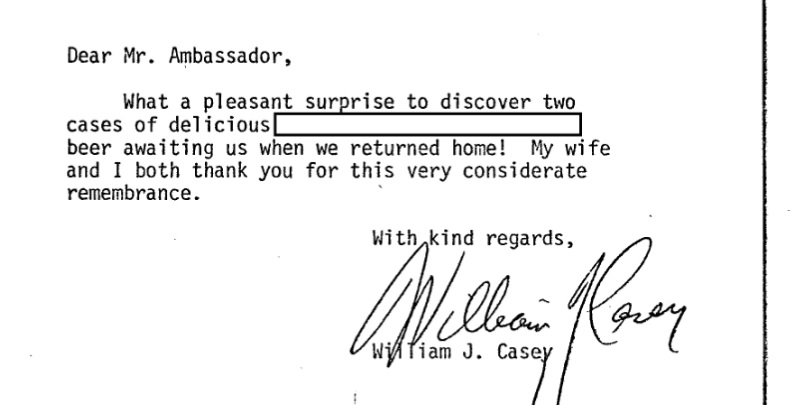 What exemption applies to decades-old, most-likely Soviet-bloc beer? According to the CIA that would be 25x1, a declassification exemption to protect confidential sources and intelligence methods.

The full letter is embedded below.