In a democracy, the power of the people comes from the ability to hold their government accountable. We’re launching a project to provide a comprehensive list of FOIA resources that will help you to prepare, participate and investigate protests.

Today, we’ll be looking at what to know before the protest starts.

National security, defense and intelligence agencies have a vested interest in monitoring civilian activity. Participation in public discourse is an obvious target in a sea of indiscriminate government surveillance and the extensive list of those invested could include such agencies as …

After a drawn out appeal by the determined requestor who rightfully insisted his journalist intentions, the DHS was eventually forced to submit the files. Outlined was a guide to reasons for social media surveillance that included gathering information on threats …

revealing files on everything from HIV advocates to frog activists.

The level of aggression or cooperation law enforcement will attempt to foster with civilians is informed by the threat level they perceive. Whether federal or local, police agencies prepare for political rallies with varying levels of severity. The sorts of equipment and tactics police use can reveal the level of force that may be displayed. Public record files that have informed us about police procedurals include …

When investigating the level of military prowess of police departments, look into files on equipment and munitions. A Field and Force Manual distributed to the North Dakota law enforcement revealed a highly sophisticated document providing information on protestor tactics …

With the ability to monitor location, time frame, personal information and record posts in real time, social media tracking software allows police to keep a detailed tab on activists. These systems could include …

Another service, ArchiveSocial, works with local departments to archive their own social media presences and help handle requests. It can also serve as a way to see how an agency responds to protests, as well as what questions people ask the agency (ArchiveSocial only archives social media posts from an agency or explicitly directed at the agency).

Over 250 agencies have been added to our social media surveillance survey, a continually updated tracking map that can inform your privacy protection at the national level.

Check back next week for what to request from the day of.

Image via Oakland Socialist. This article was updated to clarify which content ArchiveSocial archives. 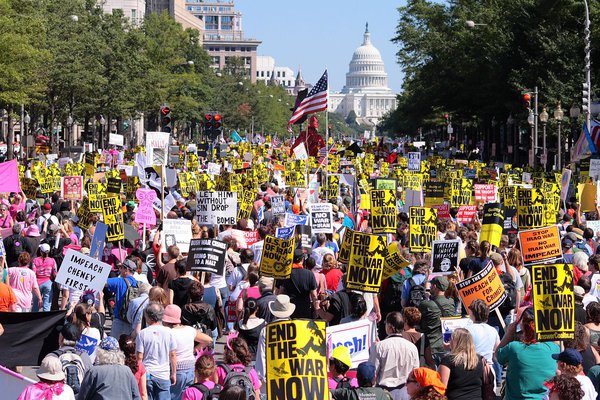