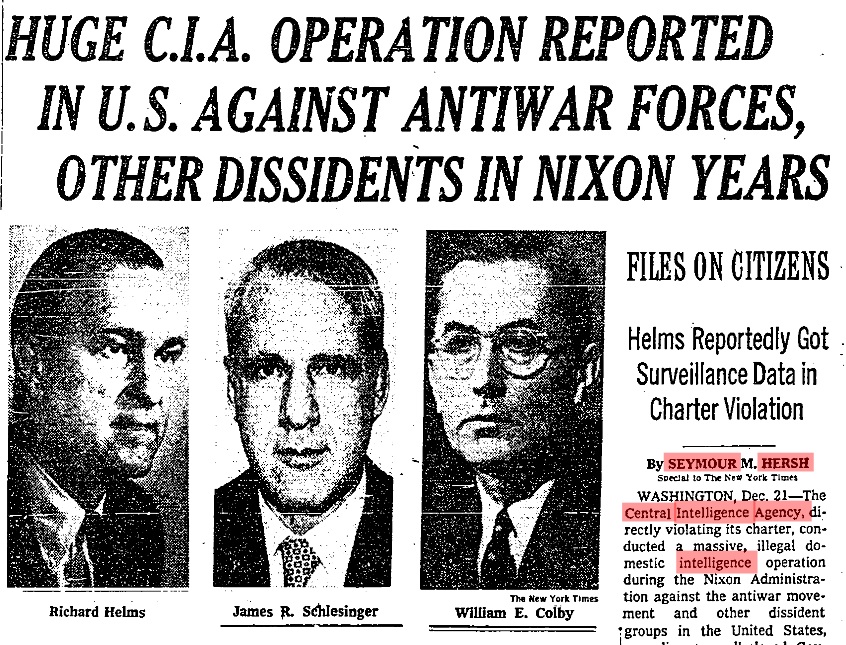 A memo marked CONFIDENTIAL in the Kissinger archives shows that Henry Kissinger and White House Chief of Staff Donald Rumsfeld were planning a public response to the article’s allegations almost immediately.

Their goals were simple, to reassure the public that the activities in the article weren’t happening, but that people would be held accountable if they were. This sentiment is ironic considering their later concern that people not be worried about being prosecuted a decade after participating in illegal CIA activities. Regardless, they sought to assure people that the President had “firm control” over the CIA’s activities in order to “maintain public confidence in the intelligence community.”

To this end, Kissinger suggested to Rumsfeld that the White House not issue a statement at all. In Kissinger’s view, a formal statement would have lent credence to the article’s accusations and create the impression that the Ford Administration faced “a scandal of major proportions.” Kissinger wanted to make it clear that any abuses “anti-dated the current Administration” and wouldn’t be continuing under President Ford. The problems which were coming to light were categorically the fault of someone no longer in power, and thus the current Administration should be blameless. This strategy would be brought up again in the ensuing fallout.

The ultimate goal, however, wasn’t simply to exonerate and insulate the current Administration, but to “keep the matter within the Administration and head off, if possible, a full blown Congressional investigation.” 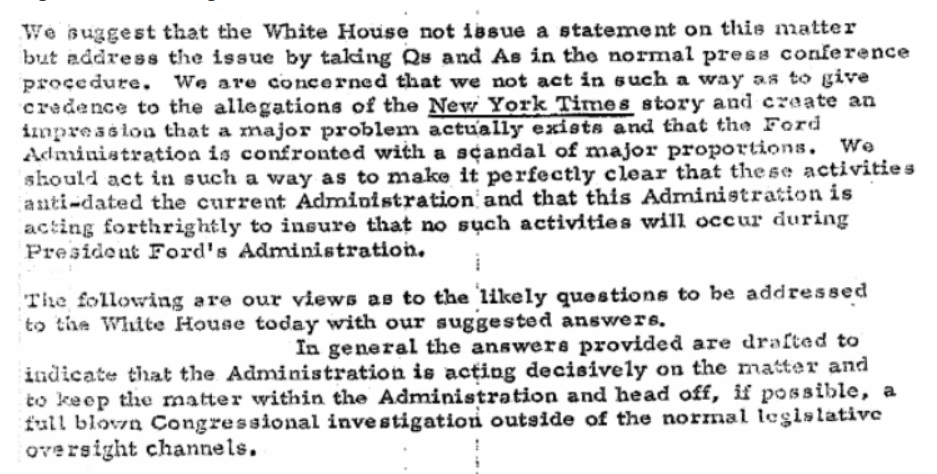 The proposed Q&A sent by Kissinger sought to create the impression that the President was acting to quickly investigate the matter, and that his only prior knowledge of the allegations came from the New York Times’ advanced notice that the article would be published.

Other significant pieces of the proposed Q&A, designed for engagements with the press, remains redacted, allegedly to protect sources and methods. The proposed Q&A also addressed the possibly of the President recalling Director Helms from his Ambassadorial position to get his version of events. At the time, no such plan existed. 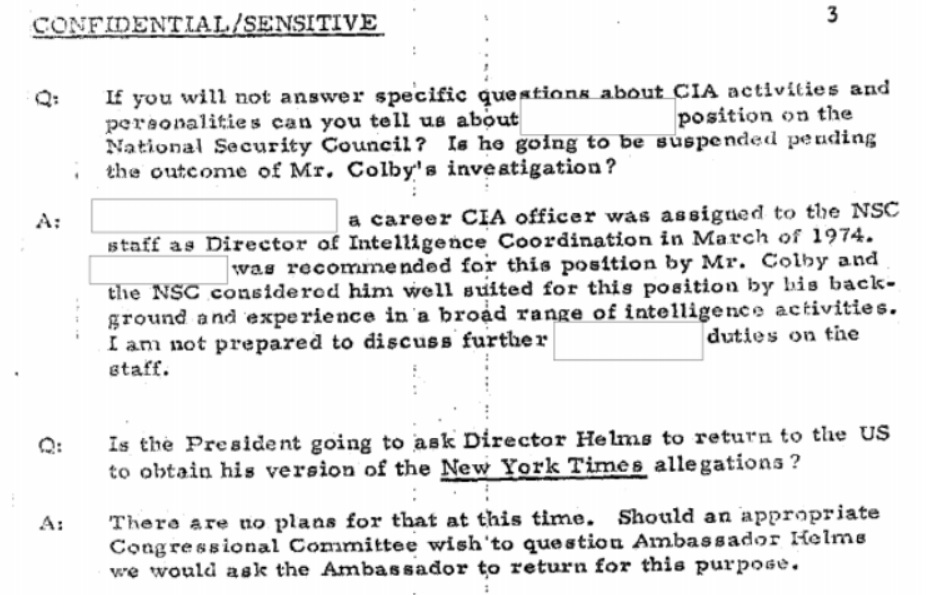 When Helms was brought into the discussion, however, things quickly became contentious. This will be explored in a future article. In the meantime, you can read the memo from Kissinger to Rumsfeld below.

Image via The Rockefeller Archive