According to the Department of Justice (DOJ), not only is some material on the PROMIS affair being withheld to protect wiretap information, the FBI’s material is also being withheld to protect the Intelligence Community’s sources and methods - except where it was lost or destroyed as so often happens with files relating to the PROMIS scandal. In addition, the DOJ also positively affirmed that as of earlier this year, the FBI had an open investigation relating to PROMIS while hinting that part of it remains “pending” even now.

On January 1st 2016, MuckRock sent the FBI a FOIA request for their files on PROMIS, in addition to separate requests on Danny Casolaro and Inslaw. The core of the request focused on “records and source code relating to Prosecutor’s Management Information System (AKA Promis, PROMIS, Promis ‘82, Enhanced Promis) and derivatives thereof, and the related matter of Inslaw Inc. v. United States Government.“ It also referred to allegations reported on by FOX News and the Washington Times by requesting that the Bureau “include any records relating to the transfer and/or sale of PROMIS and/or PROMIS-derivatives between Robert Hanssen and his Russian handlers and the sale of PROMIS and/or PROMIS-derivatives on the Russian black market (blat), and its alleged use by al-Qaeda and/or Usama bin Laden.”

On March 31st 2017, the FBI finally responded. Their response was as revealing as it was confusing. According to the Bureau, they reviewed 393 pages and released 292 with redactions, referring additional documents to the DOJ’s Criminal Division. This would be fairly standard if not for the exemptions cited. In addition to the typical b6, b7C, b7D, and b7E, the Bureau also cited b1 (classified information), the Central Intelligence Agency Act’s directive to protect sources and methods, and b7A. The b7A exemption is arguably the most significant, since it declared that there were “pending law enforcement proceedings” regarding the PROMIS case. Whether this related directly to the main PROMIS scandal or to the Hanssen and bin Laden allegations, this was a significant and unusual declaration for a case that was decades old and which the DOJ had repeatedly declared there was no fire despite the many reports of smoke. 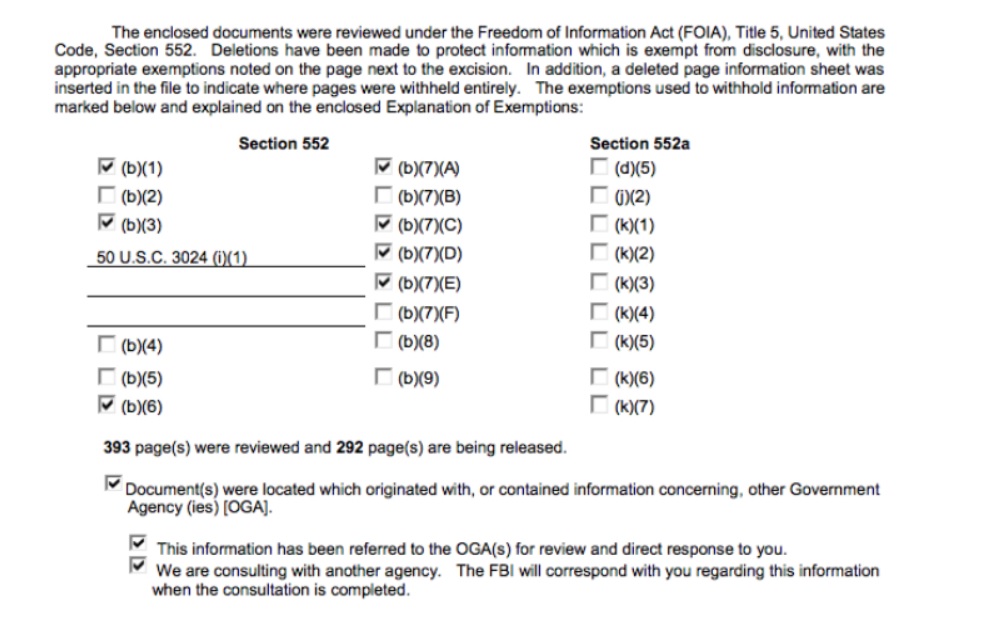 The FBI also reported that, as had happened with other files relating to Inslaw, Casolaro and the PROMIS scandal, some of the documents had mysteriously gone missing.

Other files on PROMIS were destroyed, for which there was no identification of the file numbers or the date of their destruction. An additional FOIA request has been filed to learn more about the destruction of these files.

Finally, the FBI claimed that there was a separate investigative file which was entirely exempt from disclosure. The “file level exemption” is considered dubious at best by many FOIA requesters, as the Agency explicitly fails to review the materials for anything segregable and releasable. It appears that this file was not included in the page count provided, and is of an unknown length.

In response, a pair of appeals were filed challenging both the decision not to review all of the documents as well as the redactions of those documents which were reviewed. After speaking with the FBI personnel involved (but apparently not reviewing the file or case), the DOJ upheld parts of the FBI’s decision. According to the DOJ, the b7A exemption applied at the time of the release (March 2017), but by August it no longer justified withholding the entirety of what the FBI had labelled an “investigative file.” As a result, the FOIA has been remanded back to the FBI for processing and release of the file.

No doubt, the release will document and explain the change in the case’s status between March and August, dispelling any cynical notions that the FBI acted improperly in anyway regarding FOIA or the PROMIS scandal which implicated the FBI and the DOJ.

This is not the first time the DOJ has decided to withhold information relating to the PROMIS scandal because of a “pending law enforcement proceeding.” The file for Alan Standorf, a murdered NSA whistleblower and source for Casolaro, has similarly been withheld citing a pending law enforcement proceeding. The “investigative file” status cited by the FBI was upheld by the DOJ on appeal, despite the age of the case and the repeated statements from law enforcement that his strange death was the result of a random robbery unconnected to Casolaro’s work.

The DOJ also upheld the decision that some of the material was classified, and thus needed to be denied. However, it would be referred to the DOJ’s Department Review Committee, which will determine if the information needs to remain classified.

The remainder of the exemptions cited were upheld by the DOJ, confirming that some of the material was protected under the Central Intelligence Agency Act’s statutory requirement to “protect intelligence sources and methods from unauthorized disclosure.” 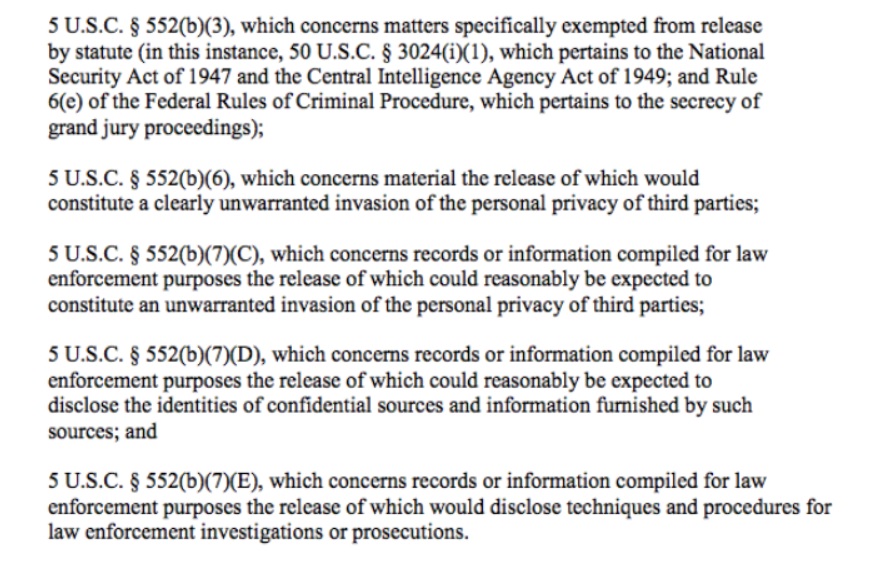 The final revelation from the DOJ’s appeal response may be the strangest. According to the DOJ’s August letter, the appeal regarding the integrity of the search for files is moot because “the FBI had not yet completed its search for records when it sent its response dated March 30, 2017.” This is an apparent contradiction of the FBI’s letter, which specified only that materials were lost or destroyed with some additional documents referred elsewhere in the DOJ for processing and release. At no point in their letter does the FBI indicate that they are still searching for additional records.

This indicates that in addition to the documents referred to DOJ’s Criminal Division and the investigative file being processed by the FBI, there may be additional files that the FBI has yet to locate. Therefore, there may be up to three additional releases on PROMIS as a result of this FOIA request.

In total, the FBI and DOJ have now confirmed that despite repeatedly publicly clearing the DOJ, itself and the other alleged participants in the PROMIS scandals, the case remains open (or at the very least was only just closed). This means that at least one aspect of the case has been kept out of the public eye, though that may change soon. Piece by piece, the secrecy and denials around the PROMIS scandal continue to fall away.

Until the additional releases are processed, you can read the initial responses on the request page or a primer on the FBI and the PROMIS scandal here.