Memos, found in CIA’s archive, were passed through the White House, the President’s Foreign Intelligence Advisory Board (PFIAB) and the offices of General Haig, Henry Kissinger and John Ehrlichman’s office detail concerns about Hoover’s dismissal of Sullivan was going to be handled in the press.

Sullivan’s dismissal by Hoover had hardly been cordial, or even what most would term as professional. Rather than be fired or asked to retire, Sullivan had come into the office seven days before the PFIAB memo was written to find that he was locked out of his office on Hoover’s orders. With the locks changed and his nameplate removed from his office door, Sullivan had no choice but to retire from the Bureau. At the time, Sullivan was the head of FBI’s Domestic Intelligence Division and the third highest ranking person in the Bureau.

The move was controversial at the time, both within and without the Bureau - not only was Sullivan well respected (despite his participation in illegal activities including COINTELPRO and the FBI letter urging Dr. Martin Luther King Jr. to commit suicide), but his forced departure was seen as a political move. Sullivan had been increasingly critical of J. Edgar Hoover and some of the FBI’s policies and activities, and had “a reputation as the only liberal Democrat ever to break into the top ranks of the bureau.”

PFIAB saw the coverage of the matter as a partisan issue - “liberal democrats”, the PFIAB warned, might seek to “discredit Mr. Hoover and embarrass the administration.” If so, this would “provoke a reaction” from Hoover’s right wing friends within both political parties. Despite concern that the effort was a result of the pressure from the New York Times editorial board, the outrage went well beyond that and brought “a variety of sources” to the Times, with the result being that they were very well informed. So despite PFIAB’s attempts to frame it as one, it wasn’t a partisan issue or a case of the media trying to undermine the Bureau - merely to report on it accurately.

The net result was a “hot potato” which the President needed to be made aware of. The political ramifications of the problem were such that no action was recommended or taken at the time, though the matter remain of considerable concern to the PFIAB and the National Security Council.

A month later, the matter was still on their mind and the concerns were shared throughout the White House. 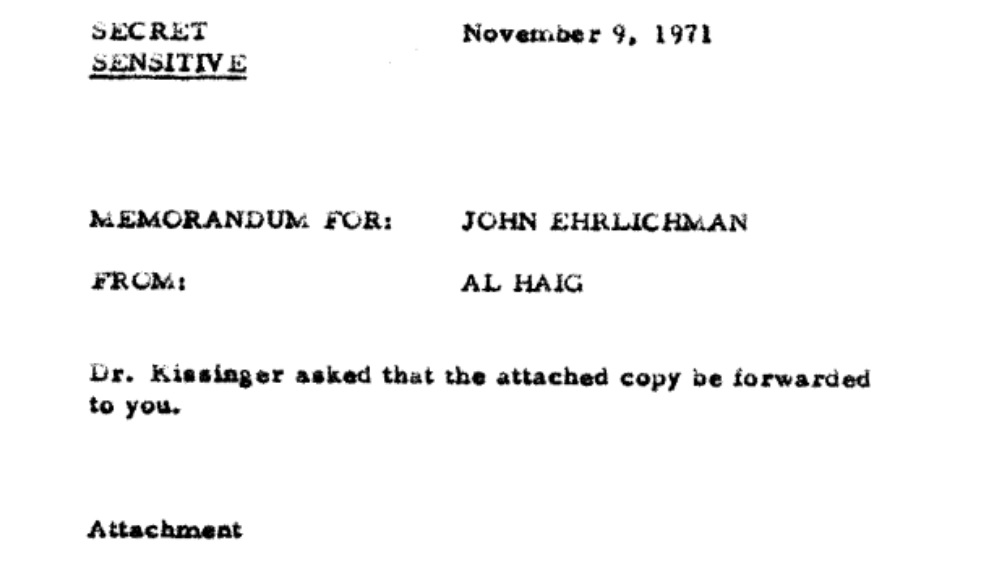 Attempts to force Hoover into retirement ultimately proved fruitless, and his death a few months later rendered the issue moot. Had Hoover survived, it’s almost certain that he would’ve been forced into retirement soon after by the scandals of his time as FBI Director, his handling of Sullivan and the imminent Watergate scandal which would begin making headlines six weeks after Hoover’s death. A copy of the memo is embedded below.