In 1981, the CIA took exception with newspapers reporting that Frank Sturgis was a former CIA employee. Herbet Hetu, the Agency’s then-Director of Public Affairs, had such a problem with the reporting that he wrote to the editors of several newspapers to try to issue a correction. The first letter, dated January 6, 1981, was sent to the editor of The Washington Star objecting to an article that had been published that day. 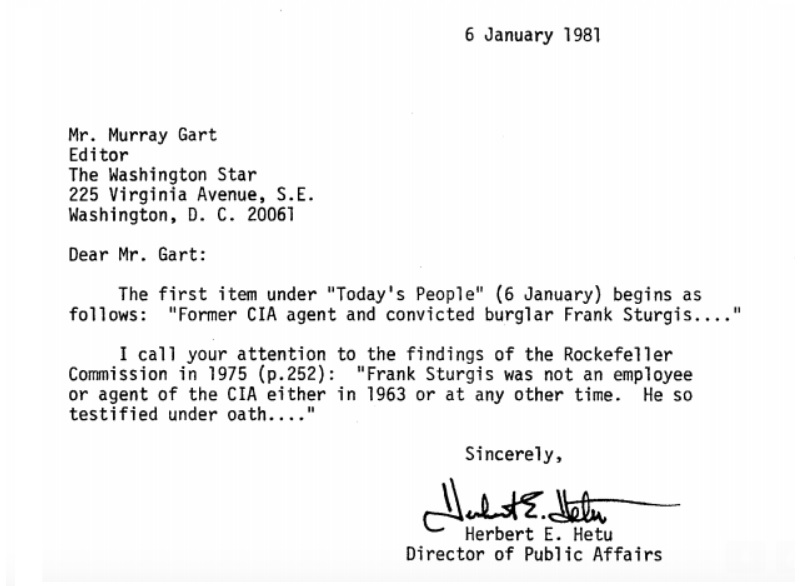 To correct the issue, Hetu cited part of the Rockefeller Commission report and its conclusion that Sturgis hadn’t been an employee or agent of CIA at any time. The next day, Hetu saw another article in the Washington Post that also referred to Sturgis as a former CIA agent. So Hetu sent a near identical letter to the Post’s editor. 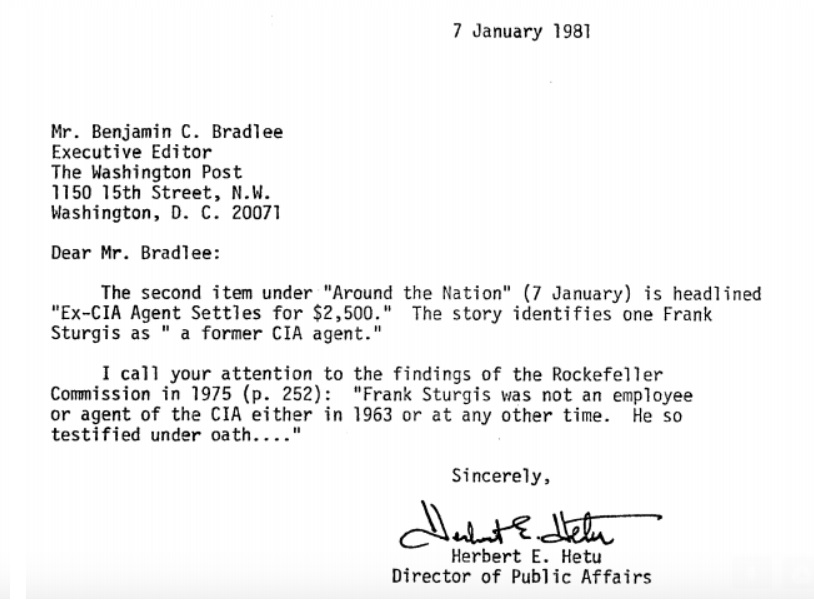 The only problem with this is that five years earlier, one year after the Rockefeller Commission, a declassified CIA memo established that Sturgis had been on the payroll. 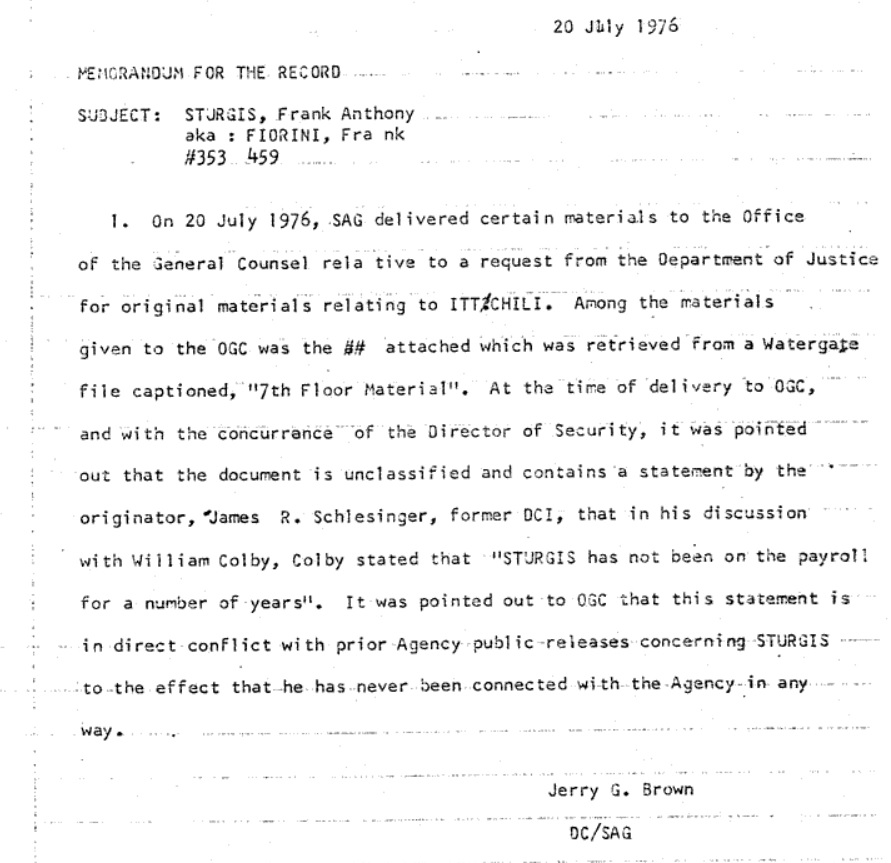 For its part, The Washington Star treated the letter rather simply - it published it alongside other Letters to the Editor. 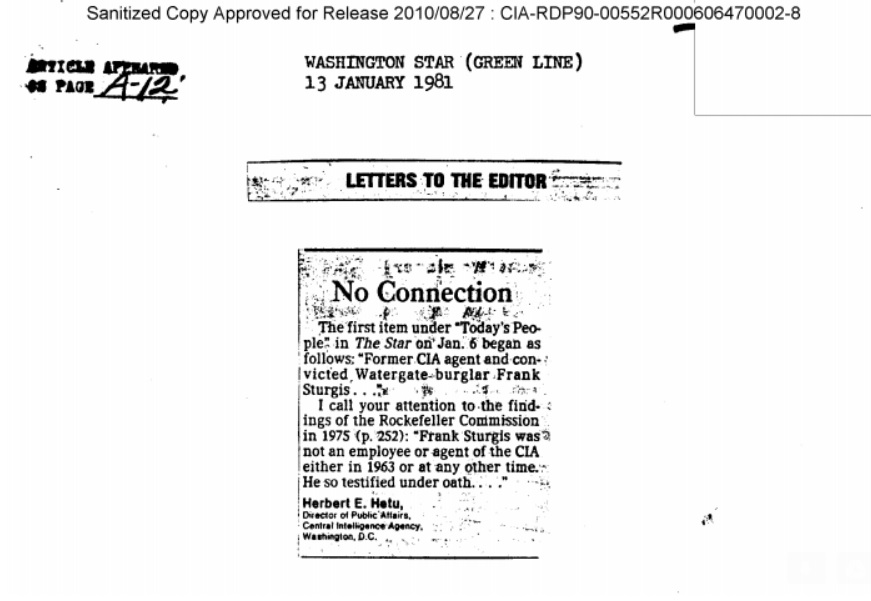