A previously classified document that the Central Intelligence Agency provided to Congress during the investigation of the Watergate affair shows that G. Gordon Liddy used papers that CIA had provided - without authorization - while traveling to California to break into the office of Dr. Lewis Fielding, Daniel Ellsberg’s psychiatrist. This newly released document shows that CIA’s Inspector General report on Watergate left out key details, and exposes CIA’s Deputy Director Vernon Walters’ claim that the assistance was provided in response to a “duly authorized extra-Agency request” as false.

A pair of documents included in the CIA material given to Congress briefly discuss the Agency’s provision of documentation and assistance to E. Howard Hunt and Liddy (referred to in the documents by his first name George), noting that “George … would like his docs changed to the alias name of Roy James Anderson.” 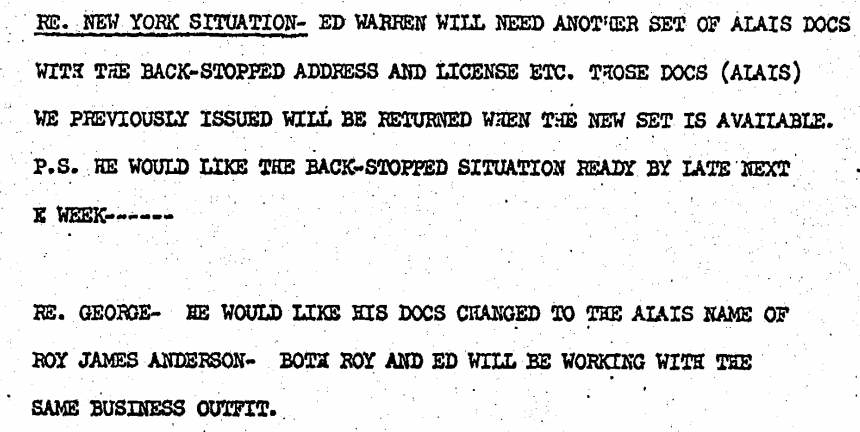 As Congress noted, they received contradictory information and testimony about the specific actions and authorization for this. According to the Congressional report, when it came to the Fielding break-in, “CIA has continually downplayed the extent of that technical support as well as the specific approval.” 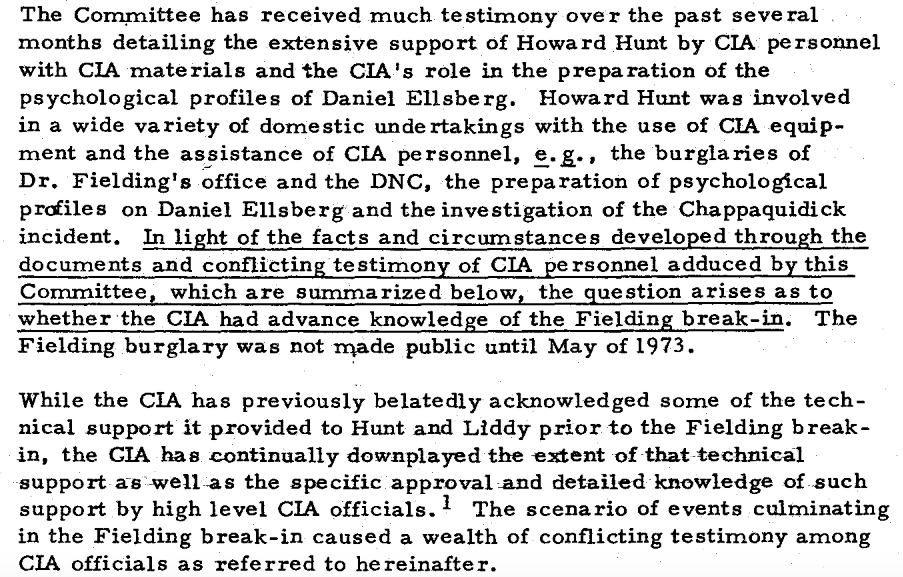 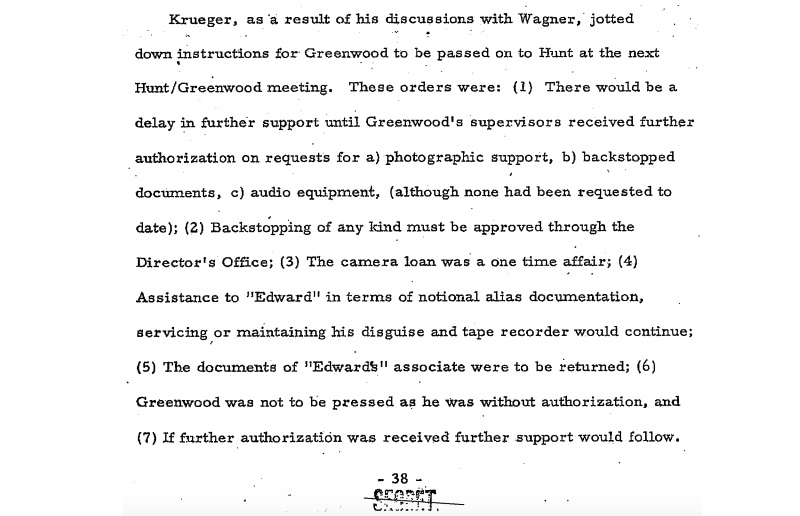 Documents released to MuckRock clearly show that the “issuance of these [documents] was not authorized” and that the materials provided went “beyond what was authorized.” CIA’s draft history of Watergate omitted this crucial fact, but it was hardly the only official CIA source to do so. 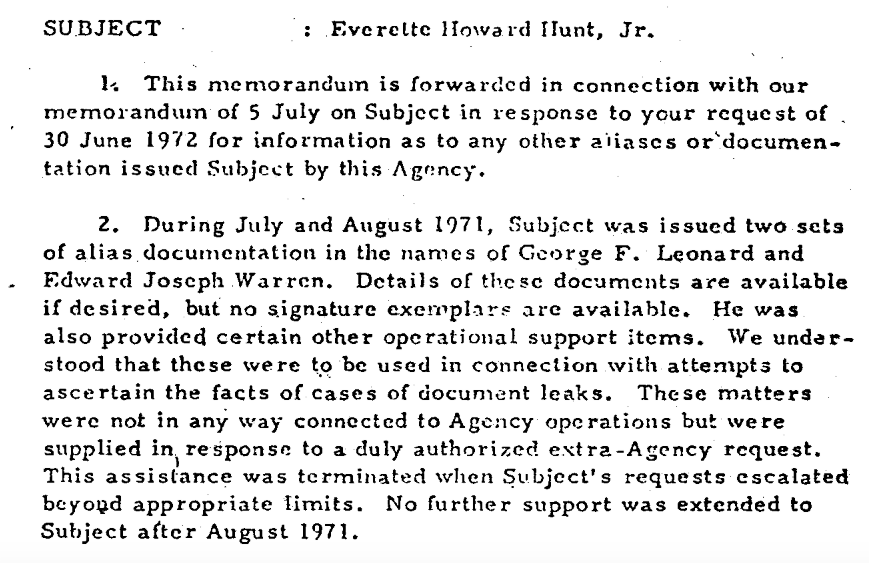 The phrase was uncritically repeated in CIA’s draft history of Watergate, once again without noting the fact that the support was unauthorized. 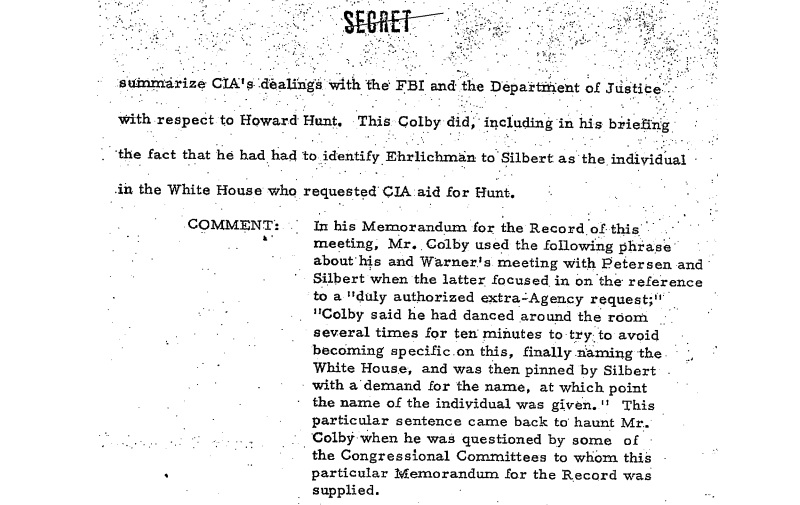 Ultimately, the unauthorized papers were used by G. Gordon Liddy and E. Howard Hunt as part of the operation against Ellsberg, via his psychiatrist. While former CIA Directors have stated, on the question of CIA’s involvement in Watergate, that “there is a layer in the Agency which you can never really find out what is going on,” this falls flat as a possible excuse for the omission in CIA’s internal history due to the history specifically referring to the document in question, and seemingly strategically omitting the fact that not only would future assistance be unauthorized, but that CIA had already provided unauthorized assistance for what would later be exposed as a domestic intelligence operation. Similarly, this fact doesn’t seem to have been disclosed in the Congressional hearings held on CIA’s involvement in the Watergate affair and the Ellsberg/Fielding break-in.

This, however, would not be the only instance of CIA’s hidden ties to the Ellsberg/Fielding break-in: an upcoming article will explore the role of former Agency employee Morton Jackson in both the Fielding break-in and the Watergate affair in general. In the meantime, you can read the packet of CIA material provided to Congress below, or on the request page.