A recently released Federal Bureau of Investigation file on the Church of Scientology shows that more than twenty years before Central Intelligence Agency accused WikiLeaks of being a “non-state hostile intelligence service,” the FBI received an official inquiry asking if the COS was one.

Nearly half of the released document remains classified because it contains foreign government information and “intelligence activities (including special activities), intelligence sources or methods, or cryptology,” with the original inquiry and any final response not included in the FBI’s release. The inquiry resulted in the FBI Director sending a priority teletype to the Washington and Los Angeles field offices, as well as CCing the Bangkok Legat that had passed on the inquiry. 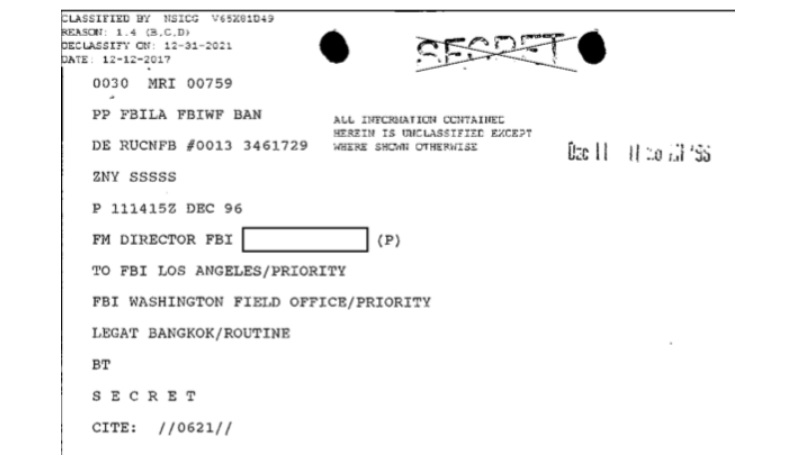 The original teletype had been sent from Bangkok a month and a half before, with copies going to the FBI and the Internal Revenue Service, requesting information on the COS.

The FBI’s primary description of the original inquiry remains classified and entirely redacted. 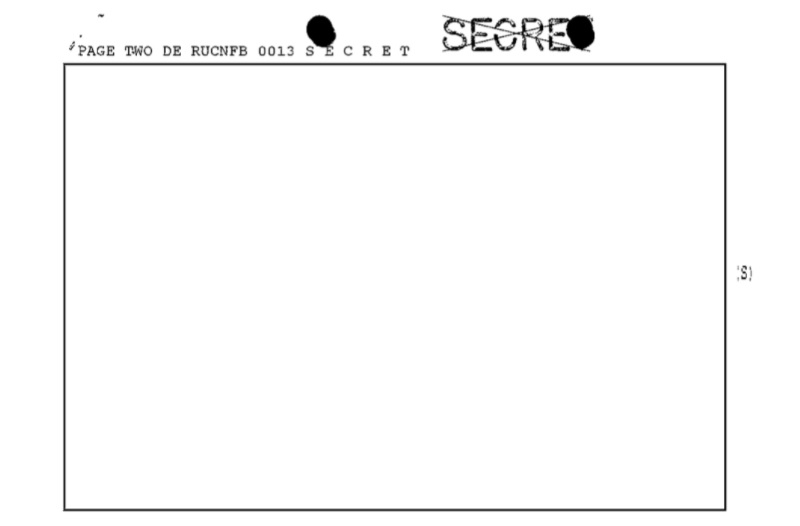 The released teletype shows, however, that Bangkok requested “any available information concerning investigations into the COS” and their “methods of operation.” Bangkok also inquired “if there is a separate intelligence gathering or counterintelligence entity within the COS” and any background on such an entity.

The FBI Director laid out two sets of leads for the Bureau, at the Washington and L.A. field offices. Both the leads related to Scientology’s Operation Snow White and the two field offices’ investigations and raids of the COS. The Director instructed the field offices to “report public information” to the Legat in Bangkok, hinting at a reluctance to share too much information. The teletype is vague about whether the Director considered Operation Snow White responsive to the intelligence/counterintelligence inquiry or simply the criminality inquiry from Bangkok. Considering the nature and scope of Snow White, it could be have been either. 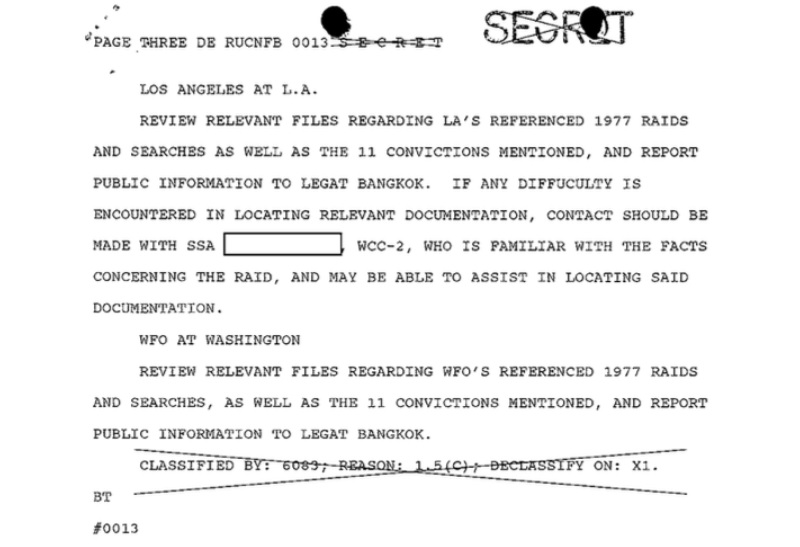 It’s not immediately clear why Bangkok was inquiring about intelligence and counterintelligence activities on the part of Scientology, or what happened with the Bangkok inquiry. If you have any leads, let us know!

You can read the latest release embedded below, or on the request page.