When Exodus International closed its doors in 2013, the company apologized to the gay community for “years of undue judgment by the organization and the Christian Church as a whole.”

“It is strange to be someone who has both been hurt by the Church’s treatment of the LGBTQ community, and also to be someone who must apologize for being part of the very system of ignorance that perpetuated that hurt,” Exodus’s former president Alan Chambers wrote on his website.

Though they did not publically offer the therapy, the Christian “ex-gay” ministry supported Conversion Therapy, a type of therapy that caters to individuals seeking to change their sexual orientation from gay to straight. To its proponents, Conversion Therapy - also called “reparative Therapy,” “sexual orientation change efforts,” or “ex-Gay therapy” - is a “cure” for unwanted homosexual feelings.

The efforts are often invasive, abusive, and traumatic. Though some consenting adults make the decision to receive the therapy, thousands of LGBTQ+ minors are at risk of being subjected to the treatment against their will by parents or guardians. For youths forced into attending the therapy, it can be torture.

A January 2018 study by the Williams Institute at UCLA School of Law found that roughly 698,000 LGBTQ+ adults in the U.S. have gone through conversion therapy and 350,000 of them were children at the time of treatment. The “treatment” is performed by both licensed healthcare professionals and religious or spiritual advisors, and it is poorly regulated across the United States.

A MuckRock project launching today, “Protecting LGBTQ+ Youth from Conversion Therapy” seeks to use public records to gain a better understanding of the conversion therapy industry, governmental involvement in the practice, and the scope of its harm on LGBTQ+ youth.

Using public records to understand conversion therapy accentuates a number of transparency issues. The practice goes by many different names, making requests for information and other independent research difficult. Notwithstanding the lack of solid research, a large number of practitioners offer the services in private, in the name of ministries or religious denominations. Operating as private entities, priests, spiritual advisors and community leaders remain untouched by recent laws designed to limit or regulate the practice, free to continue the therapy behind closed doors. Many practitioners create their own unfounded methods. Also, many reports come firsthand from survivors of the versions of the treatment.

Using aversion techniques like shock therapy, shame, harassment, physical or emotional abuse - approaches extreme as burning subjects’ hands while showing them gay pornography - these programs claim to help make the gay person straight and the transgender individual not trans. A report from the APA notes that other reported aversive treatments have included administering nausea-inducing drugs while showing the subject homoerotic imagery, masturbatory reconditioning, and other efforts to make the individual associate homosexual feelings with pain, fear, and embarrassment.

The APA report concluded that survivors of the practice may experience anxiety, depression, loss of sexual feeling, and suicidality among other issues as a result of the treatment. LGBTQ+ teens are already at a higher risk for suicidal behaviors; one study found that nearly a third of transgender youth have made at least one attempt on their own life. Transgender teenanger Leelah Alcorn, who took her life in 2015, is only one of those who preemptively cut her time short after being forced into a conversion therapy program by her parents.

The distinction between licensed healthcare professionals and religious or spiritual advisors is critical. Legislation addressing conversion therapy is predominantly focused on banning licensed healthcare professionals from performing the therapy on minors. According to The Trevor Project, bills have been passed in nine states, the District of Columbia and another few dozen municipalities, protecting tens of thousands of children at risk. The Trevor Project’s #50bills50states initiative has been tackling the issue from a legislative standpoint, mobilizing volunteers and connecting them with lawmakers.

In February, Maine’s Representative Ryan Fecteau submitted a bill seeking to ban conversion therapy, calling the efforts “painful, coercive and shame-inducing.” Public discourse revolves around both the harmful effects of the practice, as well as the fraudulent nature of its promises, with GLAD attorney Mary Bonauto saying it “warps a young person’s sense of themselves and saddles them with shame and disgust for themselves.”

Supporters believe that the Maine bill (and others like it) harm parental rights and threaten the work of religious counselors and want to amend it to ban shock therapy but still allow verbal tactics. Dr. Joseph Nicolosi Jr, whose father “invented” reparative therapy, argued that the legislation will prevent therapists from treating children who’ve experienced abuse. 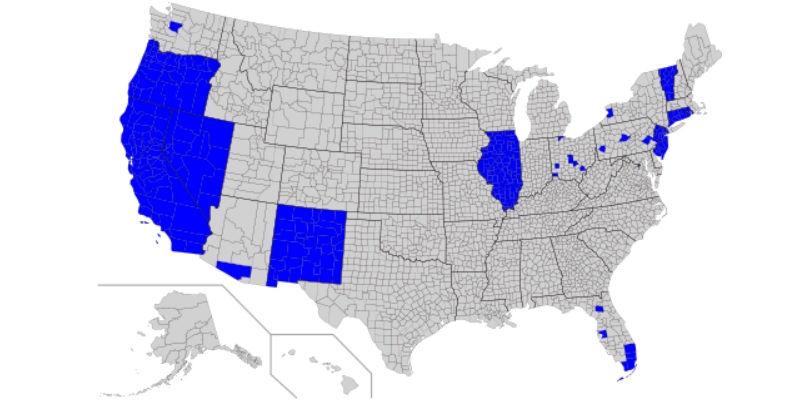 Though the issue is under-researched and public discourse on the subject is limited, there are vocal political proponents. Trump transition team member Ken Blackwell, who likened homosexuality to arson and reportedly blamed gay people for mass shootings, is a Fellow for Family Empowerment with The Family Research Council, an organization that supports conversion therapy.

And Vice President Mike Pence’s 2000 congressional campaign agenda seems to indicate his support for conversion therapy practices. In a bullet point from the agenda, Pence states that “Resources should be directed toward those institutions which provide assistance to those seeking to change their sexual behavior.” Pence’s former press secretary Marc Lotter said the statement was meant to target groups that promoted safe sex, but some interpret it as a pro-conversion therapy dog whistle.

This investigation will involve locating and investigating private organizations that perform conversion therapy on minors, examining their incorporation documents and any public grants they may have received, finding potential governmental ties to “ex-gay” organizations through donations or communications, and finding consumer fraud lawsuits or FTC complaints made against organizations offering the treatment.

By fighting for more transparency we can gain a better understanding of the legislative, scientific and social repercussions of conversion therapy, informing future choices judicially and individually, and in the process, protecting children from harassment, shame and abuse.

Image by Cory Woodward via Unsplash 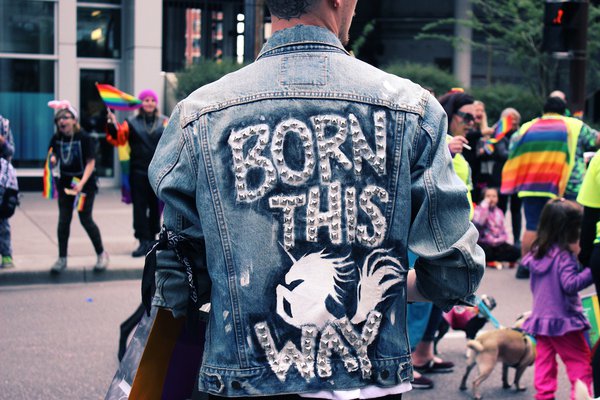