In our efforts to uncover the rape kit backlog and report on the extent of untested sexual assault evidence, we often face the hurdle of public records fees. However, the Biloxi, Mississippi police department far surpassed any amount we’ve previously seen, asking for so much money as to render these documents essentially impossible to obtain.

In order to receive policies, procedures, and data from this small city’s police force, we were told we must pay at least $5,000.

We’ve followed up and asked them to elaborate on the cost and are still waiting for a response.

A fee this large is essentially a way for law enforcement to circumvent public records laws, which exist so we remain informed, hold those in power accountable, and work to change policies. This is especially troubling when considering the sheer extent of rape in Biloxi, which is far above the national average. 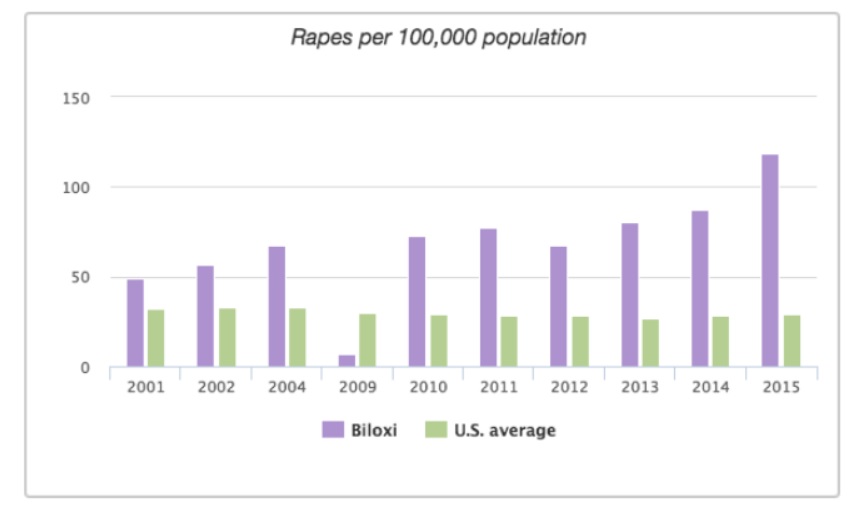 Thus far, none of our other requests for this project have charged fees of this magnitude - and they shouldn’t. We have a right to investigate the policies these law enforcement agencies follow and to know the extent of their individual backlogs, and accessing this information is integral to understanding the extent of the national backlog, especially in regards to a city like Biloxi where sexual assault seems endemic. None of these crimes exist in isolation, and when one agency can limit access by placing an outrageous price tag on public records, we are limited in what we can report and who we can hold accountable.

Beryl Lipton sent this request to the Biloxi Police Department of Biloxi, MS