Despite an estimated 175,000 sexual assault evidence collection kits that sit untested in evidence rooms and crime labs across the country, there is no federal law in place mandating policies or testing of kits, and we don't know how many more go uncounted. This project aims to end that, one city and one kit at a time.

Through a series of public records requests with police departments ranging from small midwestern towns to New York City, we’re gathering data on evidence collection policies and untested kits throughout the United States. We’ve found some glaring inconsistencies along the way, and we believe it’s important to expose all of this. It is impossible to end the backlog without knowing its full extent or the laws that work to create it. With your help, we can work toward achieving this.

Your support will pay for fees associated with obtaining these documents and for the hours of reporting after they are released.

An error occurred during payment (don't worry, your card has not been charged).

Refresh the page to try again. If the error persists, contact us.

“I’m a survivor of a sexual assault and a survivor of the backlog,” said Natasha Alexenko in a statement to END THE BACKLOG. She was raped and robbed at gunpoint in 1993. The perpetrator, a stranger to her, wasn’t found until 10 years later, right before the statute of limitations was up, when her rape kit was finally processed.

Far from rare, what happened to Alexenko is also happening to at least 175,000 other people in the country. That is the number of untested rape kits languishing in evidence collection rooms from coast to coast–and that number is incomplete, because no federal law requires police departments to report this number.

The law, as it stands, allows the backlog to exist and flourish. This is outrageous and inexcusable, so we’re stepping in to help.

Victims deserve to feel justice, and rape should be treated like every other violent crime. What’s more, testing backlogged kits has effects reaching beyond just one victim. Every time a perpetrator’s DNA is uploaded into the Combined DNA Index System (CODIS), that database gets stronger, leading to convictions of serial rapists and exoneration of the falsely accused. We have seen this happen countless times:

In 2011, the Sexual Assault Kit Testing Initiative was launched by the Ohio Attorney General. A resultant 13,931 kits have been submitted for testing as of Jan. 2017. Nathan Ford, who was already serving 138 years in prison for raping eight women, was linked to 14 more assaults after this initiative.

In 2003 in Detroit, Michigan, DeShawn Starks raped two women. Their kits sat untested for 10 years. In 2013, Starks raped two more women, whose kits were tested right away. CODIS matched his profile to all four crimes. Had the kits from 2003 been tested sooner, Starks may not have raped the two other women in 2013.

In 2014, 57-year-old Michael Phillips, who had spent 12 years in prison for a rape he did not commit, was cleared of all charges. The kit from the 16-year-old victim had finally been tested, and DNA evidence linked the crime to the real perpetrator. 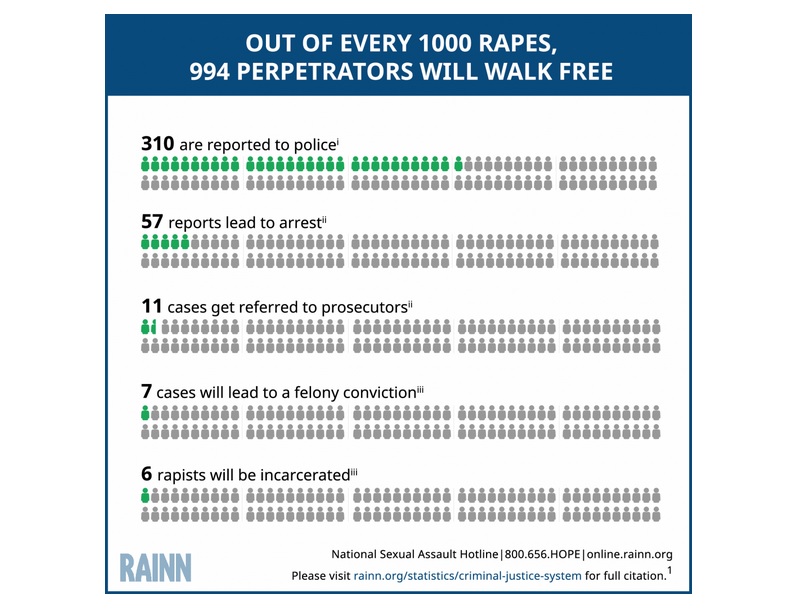 Ending the backlog is not just about punishing one specific criminal for one specific crime–it is about treating sexual assault as seriously as other violent crimes and preventing future offenses. Someone is sexually assaulted every two minutes in the United States. It is immoral that this isn’t being treated with the urgency and severity it deserves. You can help us fix that.

Follow our city-level requests by exploring the map below:

Add your town to our project via the form below, and we’ll submit a request to your local law enforcement.

For more than two years, MuckRock, through our Counting the Uncounted project, has been helping individuals learn more about the backlog of SAEC kits in their own towns. Hundreds of people have responded to the call to bring local accountability to the unprocessed kits sitting in or destroyed by their local law enforcement agencies. And submissions to our feedback form have helped to bring real attention and change.

Where is the nation in processing its backlogged sexual assault evidence collection kits? By simply filling out a form, you can help us find out, and bring home accountability for survivors of sexual violence.

Although our reporting on the rape kit backlog is often bleak, there is some good news - lawmakers in Alaska are taking a step in the right direction by adding $2.75 million to the budget for the testing of every backlogged kit.

Paxtyn Merten sent this request to the Olympia Police Department of Olympia, WA

Vanessa Nason sent this request to the Amarillo Police Department of Amarillo, TX

Paxtyn Merten sent this request to the Auburn Police Department of Auburn, WA

Vanessa Nason sent this request to the Austin Police Department of Austin, TX

Paxtyn Merten sent this request to the Bellevue Police Department of Bellevue, WA