While the FBI’s Stay-Behind network in Alaska has been previously explored - including how it was partially driven to spite the CIA - the Agency’s role in the Cold War contingency has largely been kept secret. Previously classified records reveal that the military specifically sought to get the CIA involved in the earliest months of the program.

The extent of the Agency’s involvement remains unclear, as does whether or not the Agency ever interacted with the FBI on the project. Given Bureau’s animus towards the Agency - including, but not limited to the Alaskan project - it seems unlikely that the FBI would have reached out if they could have avoided it, though documents released in the CREST mention that it was “discussed informally.”

While the Bureau had been discussing programs to create “sleeper agents” in Alaska since as early as January 1950, it seems that CIA may not have been consulted until March. A memo with the subject “United States Armed Forces Underground Intelligence Activities in the event of Enemy Occupation of Alaska” from the Air Force’s Chief of Staff solicited the opinions of both the CIA and FBI Directors. The memo sought to establish a policy for the program in order to avoid duplication of effort or interference between the various agencies. 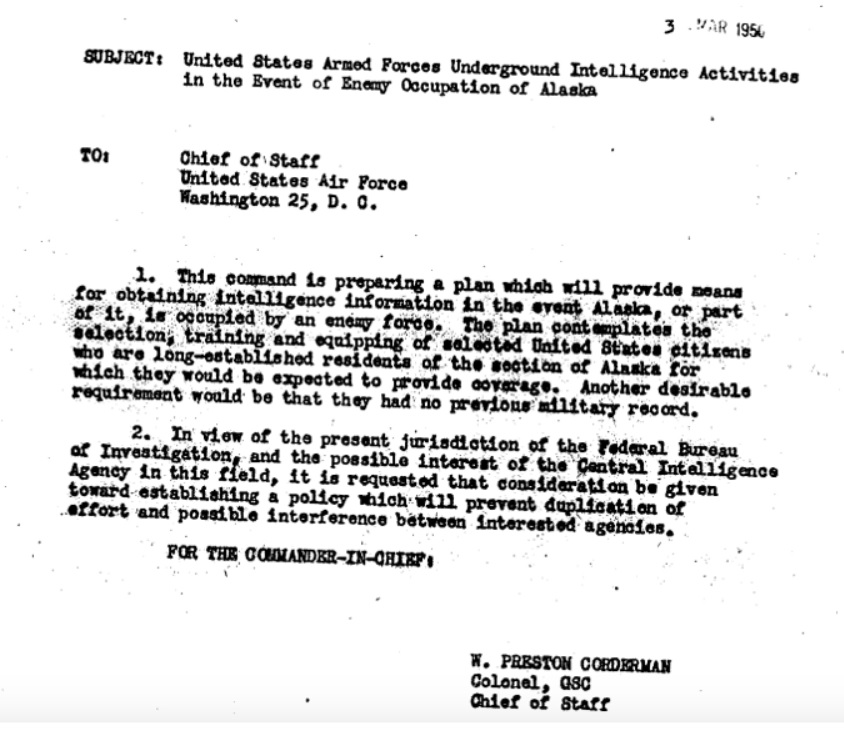 It seems that little progress was made in the next two months beyond some discussions. A memo dated May 16 reiterated the desire to create a coordinated policy and approach to the issue. It’s only after this point that the Agency has released any of its replies to the program. Copies reviewed in 2003 remain heavily redacted, with whole pages excised while copies reviewed in 2004 include several other significant pieces of information. 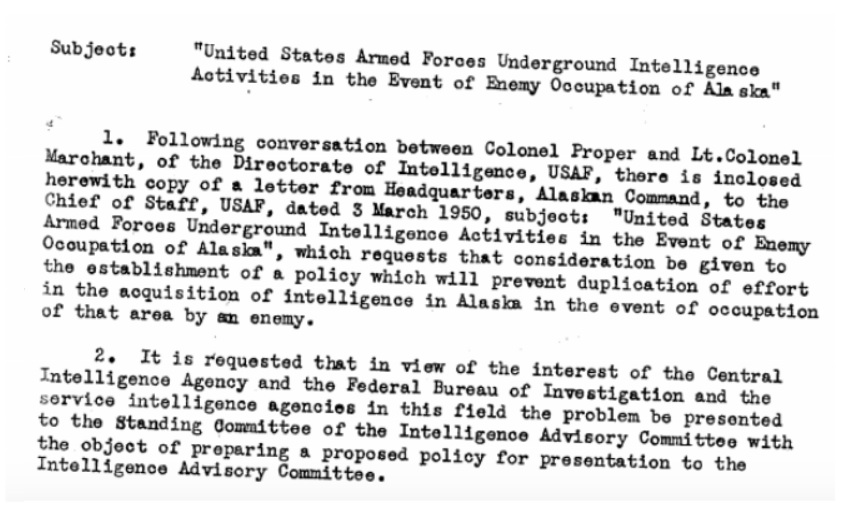 One of the memos which was originally excised, from May 23, shows that there was immediate concern about how CIA could become involved in the project. Army intelligence in Alaska draw up a formal paper signed by the appropriate Commanding General and forwarded through channels to the Joint Chiefs of Staff. According to Lt. Colonel Marchant of the U.S. Air Force, this was the only way that CIA could officially recognize the request and coordinate with the FBI. 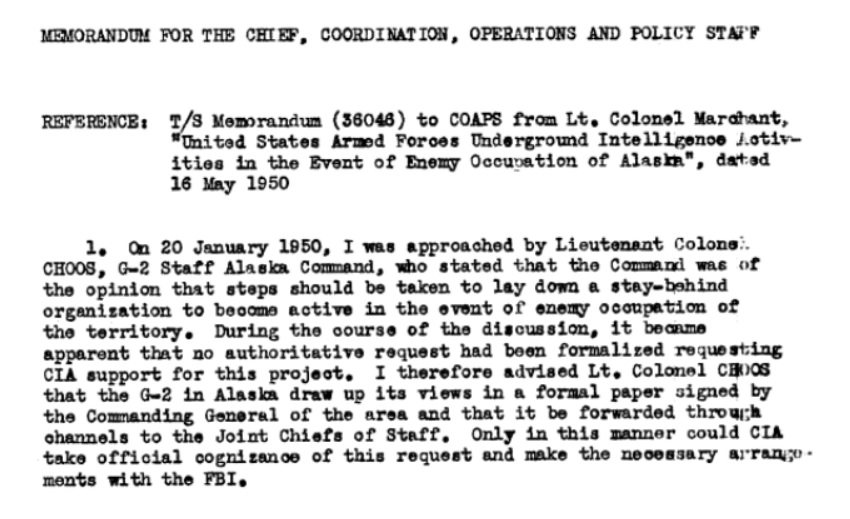 The memo also recognized “that CIA does not have formal authority to conduct operations in the United States or its territories (including Alaska).” Nevertheless, Lt. Colonel Marchant was of the opinion that it was not “wholly an internal FBI-Air Force matter.” The rest of the paragraph remains completely redacted.

The memo concluded with the recommendation that CIA and FBI coordinate the matter between themselves, either directly between the Directors of the two agencies or between their appointed representatives.

Within a few days, the Agency had apparently discussed the matter with FBI “informally” and decided not to become involved at that time as “Alaska is not within the jurisdiction of the activities of this Agency, but rather within the responsibilities of the FBI.” As a result, the CIA Director recommended that the Defense Department coordinate with the FBI. If the DoD and FBI desired for the Agency to “give assistance with personnel or equipment,” then CIA would have been “glad to collaborate to the extent of its capabilities.” 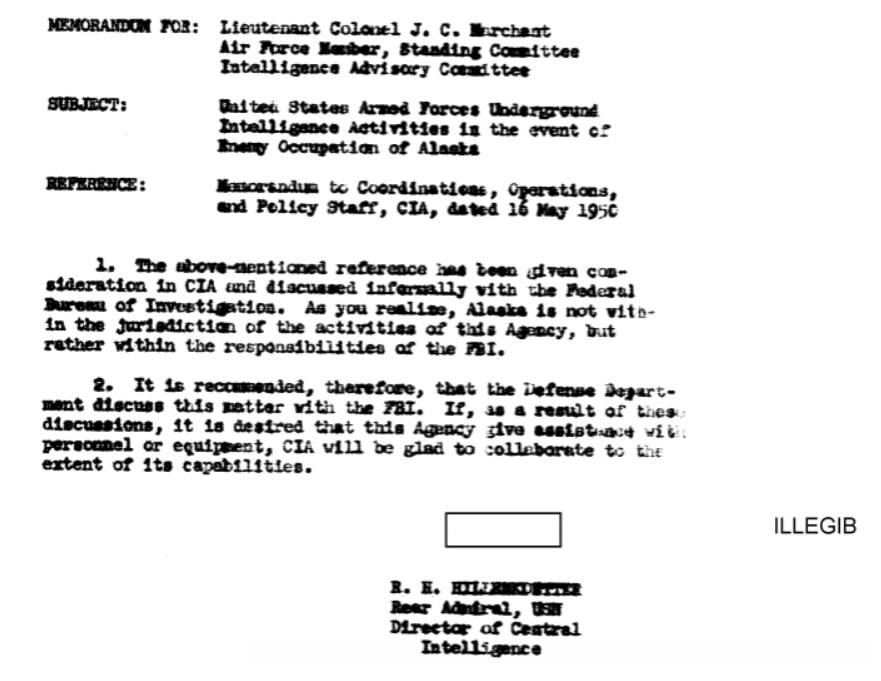 Requests have been filed regarding these talks, and you can read the full exchange embedded below.