In the journalistic FOIA community, “commercial requesters” have a bit of a bad reputation for hogging the majority of resources and doing so for profit, rather than to inform. However, there are some notable exceptions, such as the Testor Corporation, which makes model kits. Seeking to make their models as accurate as possible, they (adorably) filed a FOIA request for information on the SR-71 and several other models.

Among the general public, Testor may be best known for having used information gathered from a crashed prototype to produce one of their models. Since prototypes can’t be expected to crash very often, Testor was forced to seek the information through other channels, and since companies like Lockheed ridiculed such requests with terms like “harassment,” Testor was unable to simply buy the information. As a result, they turned to FOIA to get information owned by the public.

Based on the title of the file, it appears that Testor open their FOIA with palpable excitement: “This is our first official Freedom of Information Act request.” The request seems to have then been forwarded to Lockheed with a coversheet that identified it as part of the “Freedom of Information” program. The cover sheet also classified it as “Special Access Required” and “Limited Distribution.” 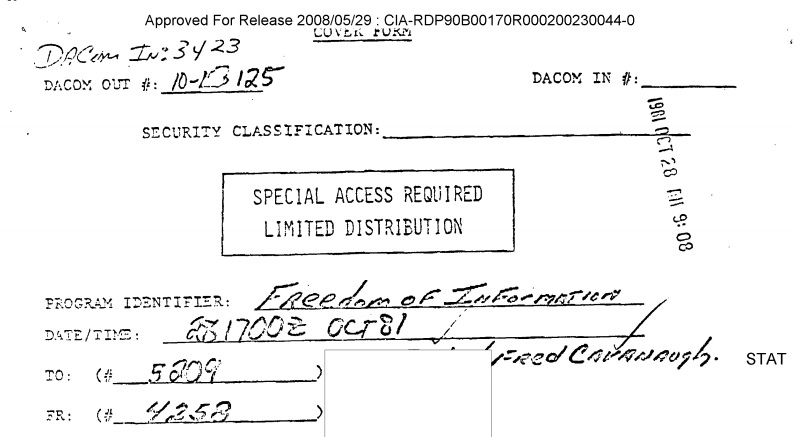 The FOIA request itself wasn’t released, but it was apparently sent to Lockheed with a handful of questions about handling the information. 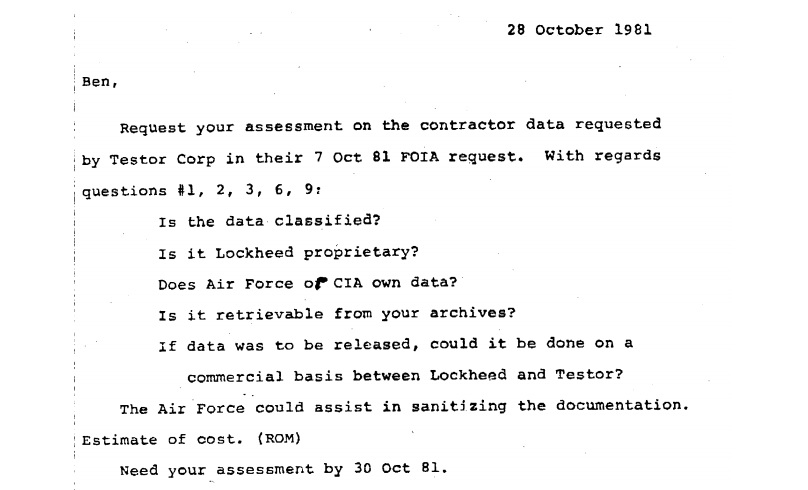 Fred Cavanaugh at Lockheed missed the requested response date by several days, although this is hardly surprising given the short two day window he was presented with. By November 3rd, however, he’d responded.

The response indicated that the airframe, which was the relevant information, was neither classified nor proprietary - it categorically belonged to the U.S. Government. 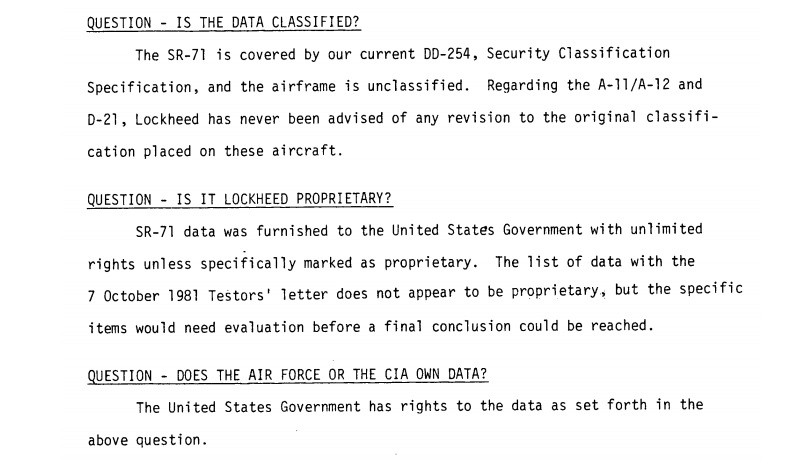 Cavanaugh also indicated that Lockheed was unwilling to engage with Testor directly. Such a business relationship, Cavanaugh argued, would expose Lockheed to “continuing harassment.” Instead, they wanted the Air Force to coordinate all such requests. This had the effect of minimizing Lockheed’s involvement and exposure while ensuring they wouldn’t refuse to provide information that would be subject to FOIA.

To review and redact the information for Testor, Lockheed wanted to charge $45 an hour. Adjusting for inflation, this would be over $115 per hour in modern currency. It’s unclear if the FOIA request had also sought information on the A-11/A-12 and the D-21, or if this was simply a proactive fee estimate. To produce photographs, Lockheed wanted $25.00 for each print. Adjusting for inflation, this would over $65 for each photograph.

So the next time you’re putting together a model or using miniatures in a war game, remember - you might have FOIA to thank. You can read Cavanaugh’s response below.