Between 1975 and 1976, Senator Frank Church carried out a televised campaign to reign in the U.S. intelligence community. The “Church Committee,“ as it was later known, published hundreds of pages of reports and revealed some of the CIA, NSA, and FBI’s most sinister and illegal plots. Now, internal documents released in the recent CREST deluge reveal that even after his 1984 death, Frank Church was still trolling the CIA.

Shortly after his death, Boise State University announced their acquisition of all of Frank Church’s papers - over 3 million pages - and that they would be building of a new 2,500-square-foot room to house them. Underlined in the CIA’s copy of the press release is the final paragraph, “Also included are papers about the Central Intelligence Agency, Vietnam, gun control, and other issues, as well as copies of many of the 24-year senator’s speeches.”

The announcement launched a fraught yearlong crusade on the part of the CIA to gain access to the papers, only to be thwarted by university librarians. Their request was denied on the grounds that Church had only approved certain biographers access to his papers, and anyone else was to be sent packing. Reported in the Intelligence community alumni magazine Periscope, “the University balked. ‘They told us, ‘thanks but no thanks’,’ says Steve Garfinkel, director of the GSA office.”

This did not stop the CIA, who apparently believed that Church has squirreled away some classified documents from his time investigating them. 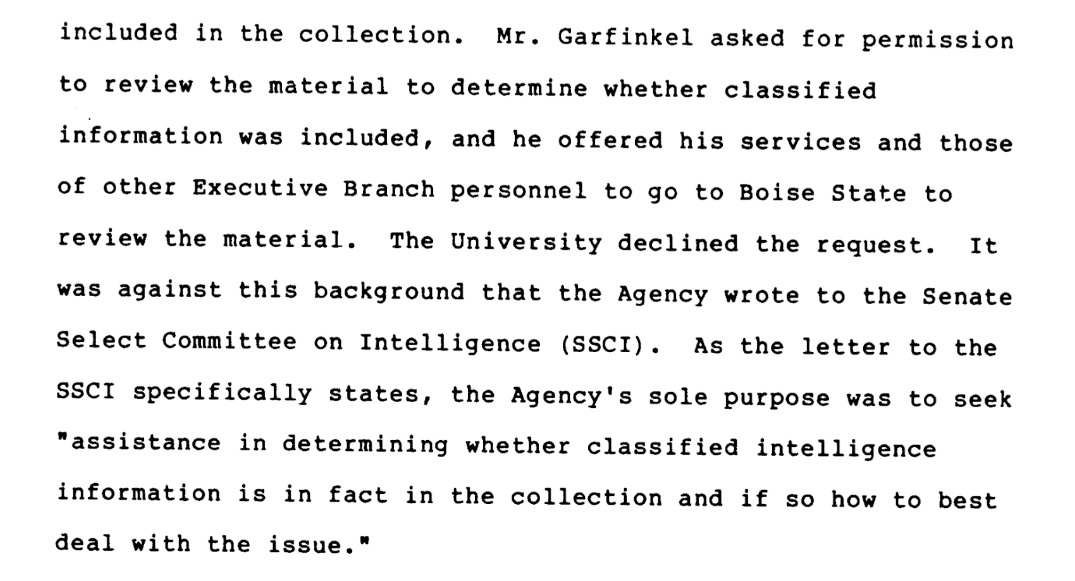 As their crusade continued it garnered more attention. One memo documents a New York Times reporter reaching out, “Moreover, the reporter passed on that the Senators expressed the view that the only reason CIA is pursuing the matter is because there may be material, while unclassified, that is embarrassing to the agency. The reporter is thinking of writing a story.”

Still, the CIA persisted, even going so far as to reach out to Senator and Intelligence Committee Member Barry Goldwater for assistance. 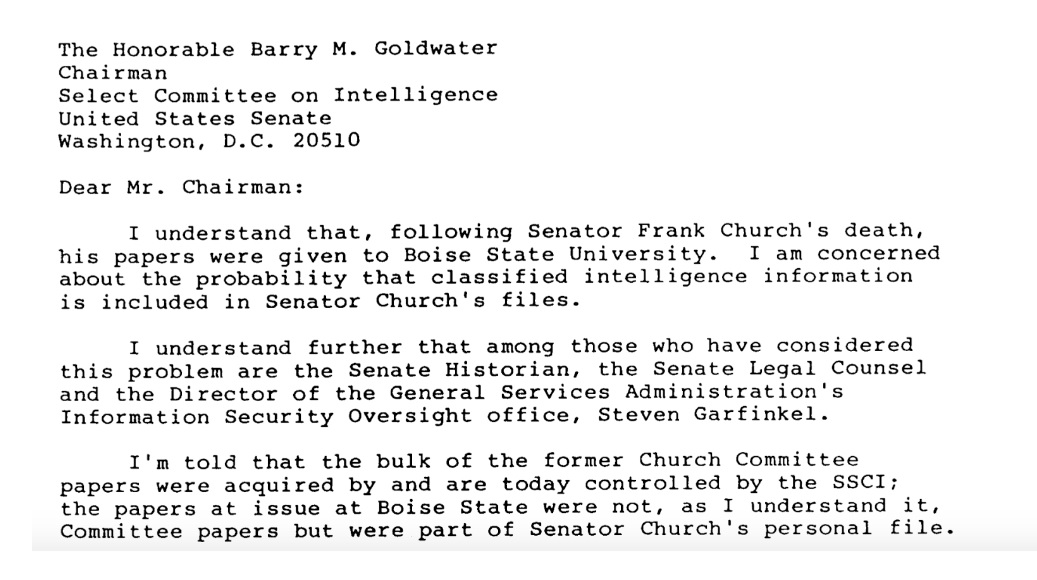 “You are making a big deal out of nothing, why can’t you take our word for that the papers do not contain classified information,” a memo quotes a former Church staffer as saying. 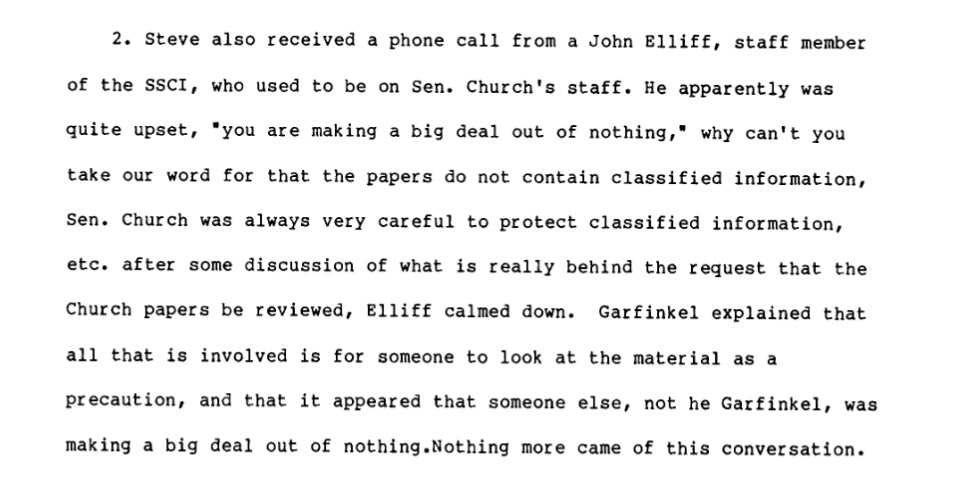 Senators from both sides of the aisle were getting so worked up that the CIA would attempt to bully a university to gain access to a Senator’s private papers that one memo reported there may be a “major separation of powers issue brewing.” It took all the way until May of 1985 for someone to say, “I think this is a losing proposition and we should drop it.” 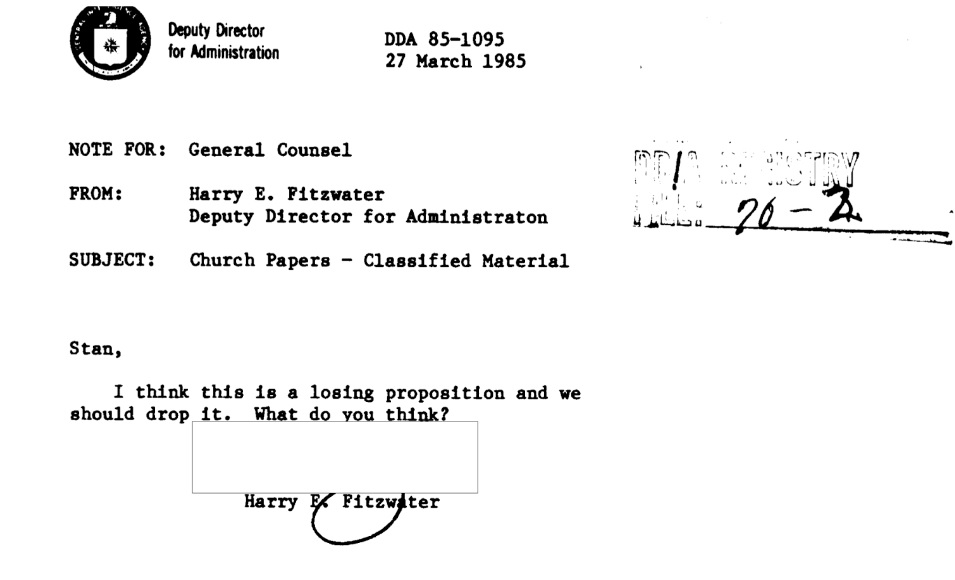 The original press release is embedded below: