Documents released through the CIA’s CREST archive offer new insights into American psychic spy programs. These documents claim specific successes by both the American and Russian/Soviet programs, as well as outline fears of a widening “psychic gap.”

A report produced by the 902nd Military Intelligence group outlines the history of the American and Russian/Soviet psychic programs. According to the document, the Soviet programs had been active since at least the 1960s. 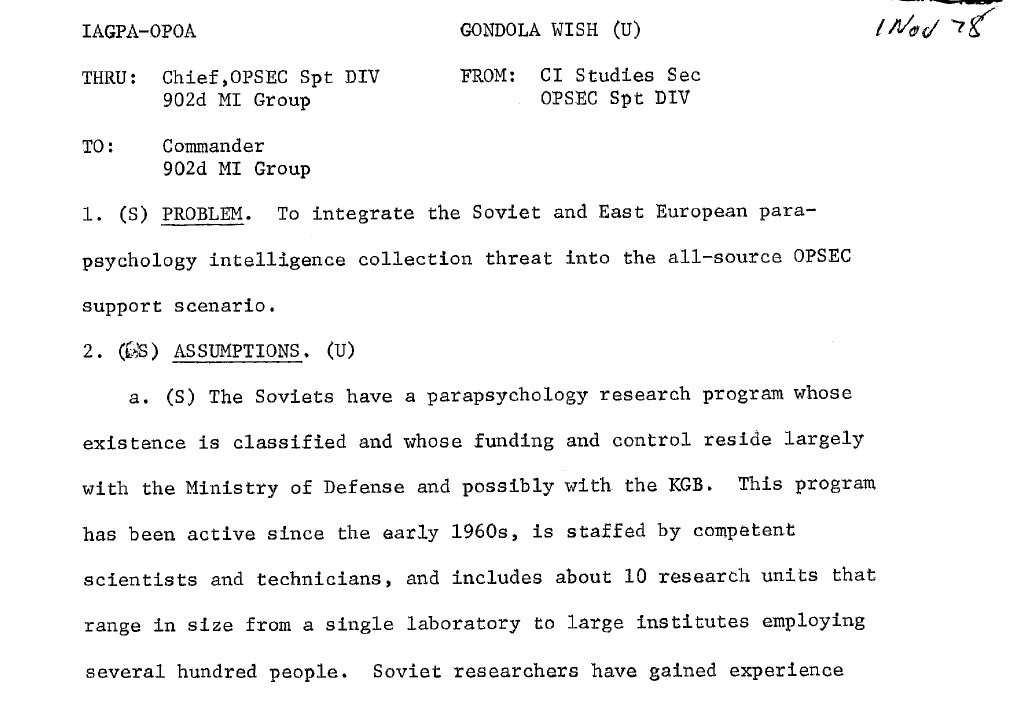 As a result of their programs, the Soviets had “experience with a greater variety of research methods than have their US counterparts and have completed more of the critical experiments.” This led the report’s writer to conclude that, since the United States had successfully used these techniques for offensive intelligence collection, then the Soviet’s likely had as well.

The report goes on to identify an American resistance to weirdness as a major impediment to progress.

The claim that parapsychological/psychic techniques had been successfully used by CIA for offensive intelligence collection was repeated further down in the document, with an additional surprising claim. Not only had the programs been successful, but they had been officially disbanded after the Agency’s primary “gifted individual” died and the department in charge of the program had been disbanded in the wake of alleged assassination plots. 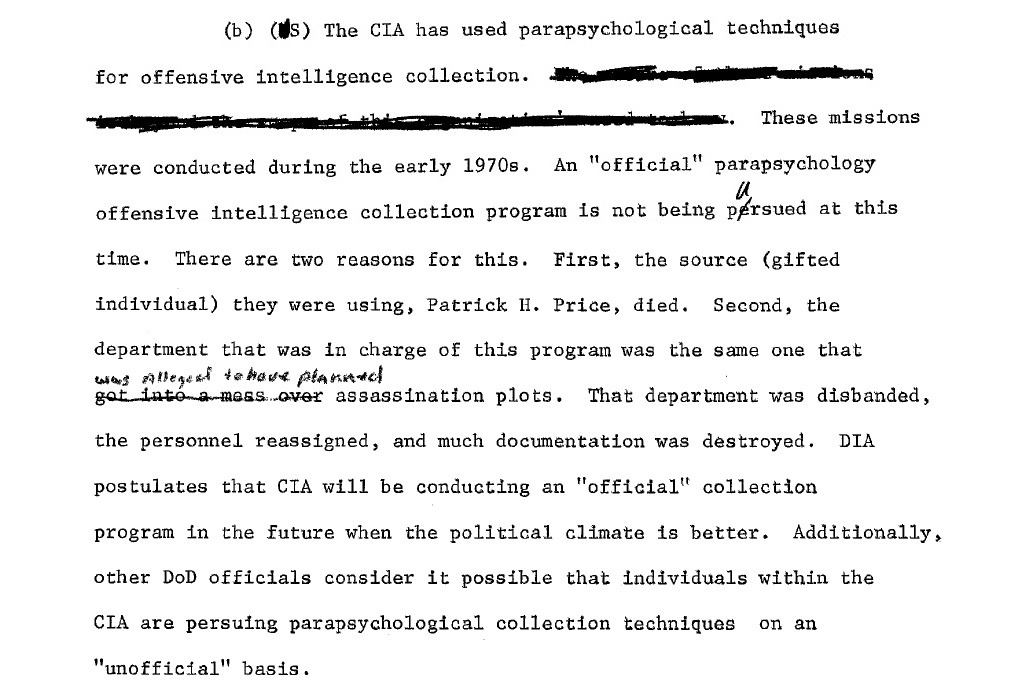 Despite the Agency’s program having been officially disbanded, some within DoD apparently suspected that the Agency was continuing the program “on an ‘unofficial’ basis.”

The full report is embedded below.