Government research often pushes the boundaries between science and science fiction. Today, the proud bearer of that mantle is often DARPA, experimenting with robots, cybernetics, and more. But in the sixties, during the height of the Cold War, this research often went into more fantastical realms, even exploring whether ExtraSensory Perception was possible.

As recently as 1990, these studies were being presented on, with code names like SUN STREAK, CENTER LANE, and GONDOLA WISH. 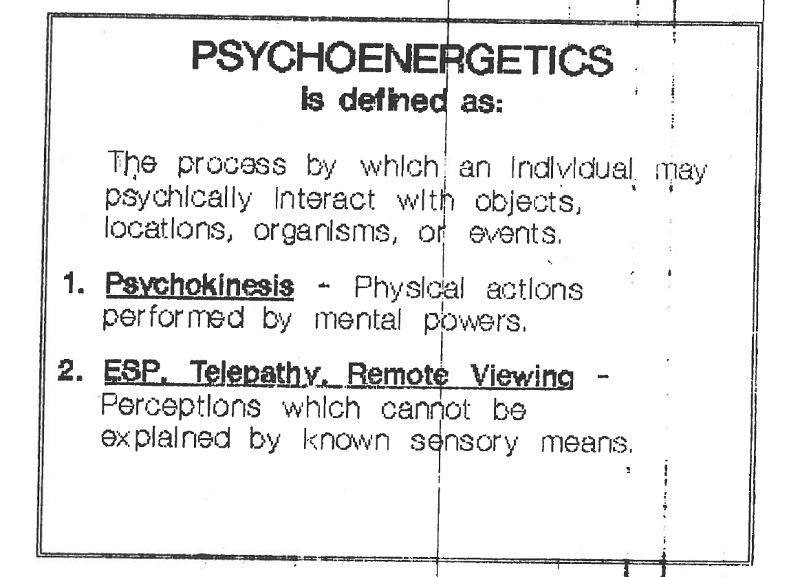 Last year, the National Security Archives compiled some of the information that has been made public, including information from a presentation given at some date near 1990.

This included startling results, such as the success of Operation GRILL FLAME which, due to the downing of a Naval craft, helped the military overcome internal reluctance to these techniques and at least give them a shot. 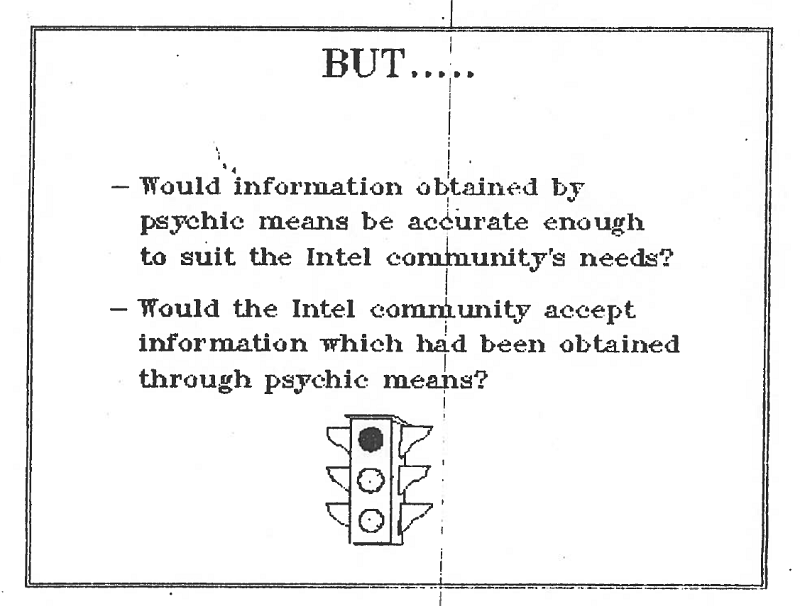 And so, in the late 1970s, the United States was deploying psychics into active duty in defense of the American Way.

But well before GRILL FLAME, there was another cadre of uncanny sleuths that the military had researchers working to develop: A confidential project performed at Duke University in the early 1950s to see how far the limits of canine senses could go.

In some circles, this study, performed at the behest of the Defense Technical Information Center, was thought to be one of the first looks into the ExtraSensory Perception in Dogs. Perhaps it served as the genesis for later research into the mysterious power of the mind.

If so, it was quite a humble beginning for the program. The research files were a closely held secret until a FOIA request I filed triggered their release in 2014, but the actual studies appear to be no more than an in-depth look at just how well dogs can smell.

The answer: Very, very good. The scientists mixed the oil of garlic cloves in increasing amounts of mineral oil in order to dilute it, and ultimately found that, even when mixed to be just .00000005% of the solution, dogs could still sniff out just five drops of the garlic mixture with 85% accuracy:

Useful bar trivia, no doubt, if the report had not been maintained as a closely held secret, requiring eight months from request to release and review from multiple components of the Army.

Perhaps a new GRILL FLAME program should be initiated to help requesters sense where their documents are.

Read the Duke study embedded below, or on the request page.

Michael Morisy sent this request to the Army, Assistant Secretary for Acquisition, Logistics, and Technology of the United States of America