The Chicago Police Department is one of the largest law enforcement agencies in the country, with their jurisdiction being the third biggest city by population. Thus, it would make sense for them to be on the cutting edge of forensic science, which in the 21st Century means utilizing invasive and controversial tools like the Cellebrite UFED (Universal Field Extraction Device) to scrape data off of cellular phones.

Per my own requests, Las Cruces PD in New Mexico, Hidalgo County Sheriff’s Office in south Texas, and the North Dakota Highway Patrol among others use the technology. It makes sense Chicago PD would as well right?

Which made their “no records” response all the more confusing. 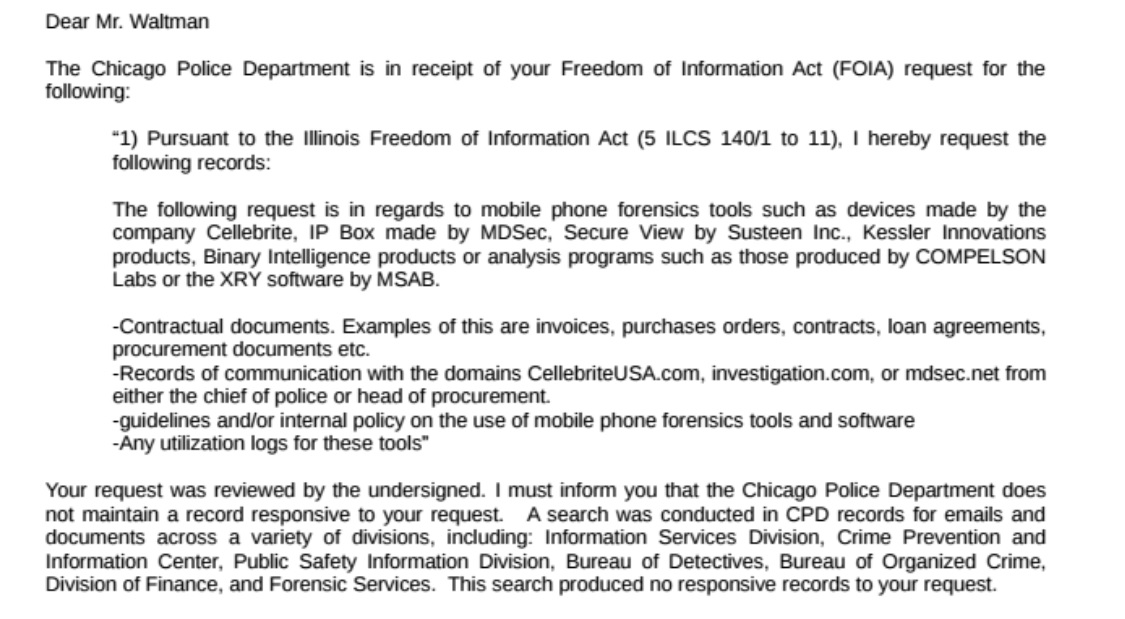 To make matters even stranger, a week earlier I had been speaking with renowned privacy activist Freddy Martinez of The Lucy Parsons Labs, a Chicago-based transparency nonprofit, who had been telling me that CPD had already given them the relevant records not even a full two years earlier. 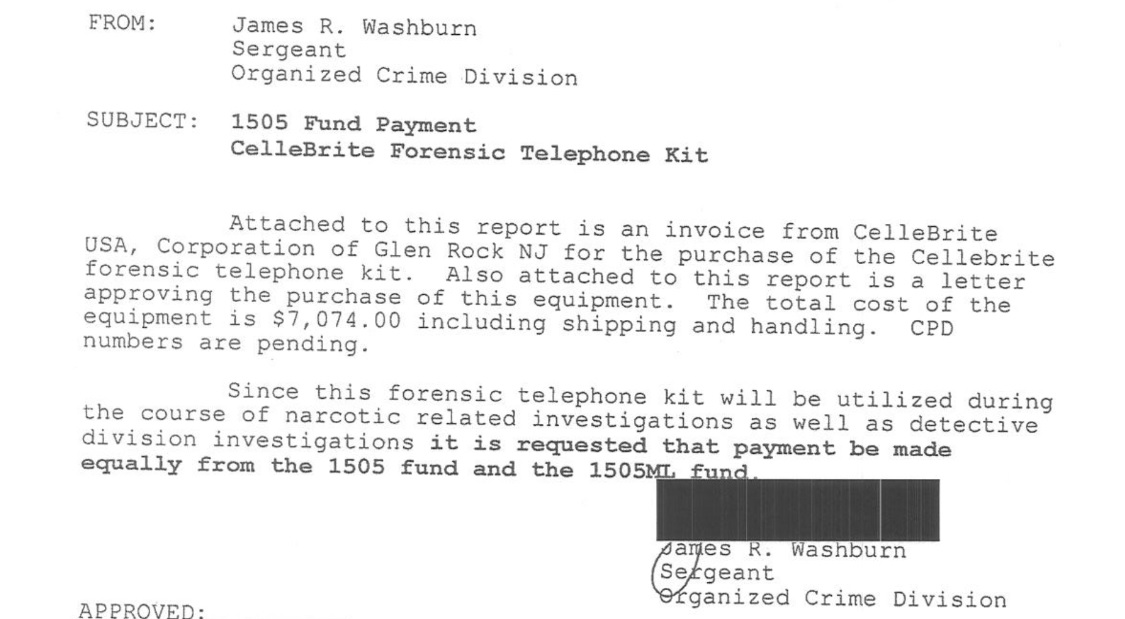 Obviously, from these records - all credit to LPL for sharing - CPD has a UFED, and has documentation concerning their dealings with Cellebrite. It’s troubling that an agency with the kinds of transparency problems that CPD is infamous for would make this kind of “mistake.”

When I talked with Freddy for this story, he had some sharp words for CPD’s sunshine practices.

“CPD has a history of being opaque with their surveillance tools, including Cellebrite and Stingrays and ALPRs. In fact, the money comes from a secret budget with no oversight at all. It’s not surprising that they claim they don’t have documents, even when they do. It takes dedicated community to get together and push back on the foot dragging”

As Freddy notes, it’s a great reminder that those working in transparency journalism and activism need to engage in consistent dialogue. When people are talking and sharing their work, instances like this can be brought into the light. When they aren’t, agencies like the CPD can deny records releases and refuse to be forthcoming about practices or incidents, and no one would be the wiser. Progress on government transparency can only be made when people are involved with one each another’s progress, while creating spaces to air frustrations and violations of sunshine law.

When we reached the Chicago Police records office on the phone, they did not address the discrepancy, and instead asked that we show them proof there were records of CPD purchasing a Cellebrite product - by either mailing them or by flying from Boston to Chicago to prove it to them in person, because an email would not be accepted. Not a great look, CPD.

Read the full rejection letter embedded below, or on the request page.