For more than two years, the team of technologists and data scientists dug into records and ultimately unveiled the Bureau of Organized Crime’s massive secret surveillance budget, funded by seized assets that offered little due process or oversight.

Their research has culminated, at least for the time being, in an article in the Chicago Reader last week that detailed the scope of the program, which was quickly followed by calls for an overhaul of the city’s Bureau of Organized Crime as well as promises for increased oversight by Chicago’s City Council.

The Lab, which used MuckRock for much of the project’s request work and a crowdsourcing campaign, detailed how it managed the massive undertaking, which involved dozens and dozens of public records requests and which resulted in the release of thousands of pages of government documents on the $4.7 million program. 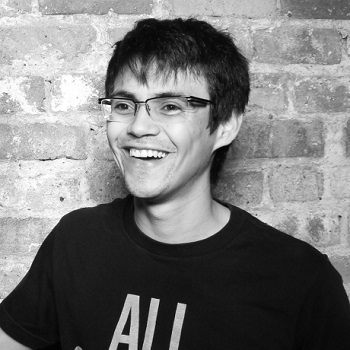 “It’s the first piece we’ve done, so I didn’t know what to expect,” said Freddy Martinez. “It’s interesting to see the fallout.”

In this Requester’s Voice, Martinez shares what Lucy Parsons Labs learned from the process.

How did you get interested in the subject, and what were your first requests for?

We were already investigating the use of Stingray technology. It was coming from the 1505 fund, and we didn’t know what that was. It turned out to be asset forfeiture, so we asked what else was coming from this fund.

The first request was just for Stingray stuff. It turns out it was coming from the 1505 fund, and then we filed a second request for what 1505 was, which was asset forfeiture, and then a third request for the size of the fund, how much it takes in in a given year, and then another for all years. It was a lot of FOIA work.

Given everything you were able to find, is FOIA an effective tool for government accountability?

I’m kind of cynical when it comes to holding government to account. I think it’s the best tool for making stories, because you don’t have to editorialize: You can just say, here’s what the documents show, and it’s incredibly effective. But the process is incredibly slow and labor intensive. There’s good and bad.

The good side is it’s undeniable, with the hard part being it requires a lot of time and effort.

How long has the Labs been working on this project?

It was 2014 when we first started filing requests, maybe April 2014. And then it really picked up October 2014, when we found it was coming from civil asset forfeiture.

How often does FOIA have a part in your work?

It’s a central tool for what we’re doing now. We have other tools, like a SecureDrop server, but it isn’t a primary source, so a lot of what we do right now is FOIA work.

The most interesting request that we’ve done is related to Palantir, because it shows a lot of the techniques being used. A lot of people have reported on license plate readers, and with Palantir it’s the next generation, with predictive policing, and I think those are the most interesting.

What advice do you have for a first time FOIA filer or people who want to emulate the work you’ve done?

Number one I would say use MuckRock, because it can be really hard to track your records and MuckRock makes it easy. Get organized. The second thing I would say is know the ins and outs of the law, knowing exemptions is really critical.

And third is get a FOIA attorney, because we’ve had to sue two or three times over overly-redacted documents.

Mostly lawsuits. I’ve had to file 6 or 7 lawsuits for public records, so you have to learn pretty quickly. Knowing the statutes and actually having to apply them is an invaluable source of information.

What has the fallout been since you published?

The City Council has made noise about taking ownership of the civil asset forfeiture fund. They don’t think the Bureau of Organized Crime, the narcotics division, should have a say over how this money is spent. That doesn’t really fix the problem, so there’s also legislative efforts, so that you have to be convicted of a crime before your stuff is seized.

Do you think this was a problem specific to Chicago, or is it worth investigating in other cities?

I think this is absolutely going on in other cities, I think it’s a national phenomenon. I think anyone out there should look into it in their own town, as it’s probably the rule more than the exception.

The first thing to do is follow the money: Follow the deposits, and then I describe it as daisy-chaining documents: I have a document that proves this, so I would like this. I have a check that shows this money was deposited, and then … expand your scope that way.

We also have documents not just for Chicago, but also the county Chicago is in, Cook County. Those officers love to seize 50” plasmas, and spend the money on canines. If this is about dismantling drug rings, what does a 50 inch plasma have to do with that?

How did you analyze all the information you got back?

We used a couple of tools. We made a PDF for every single check that we got, and we had to do that manually. We also used Optical Character Recognition (OCR) to scan the deposits, and then we had to double check every field for accuracy, and we wrote some Python code for that.

We also did all of this over Slack, as people do nowadays. It was a combination of programming, manual labor, and then we used spreadsheets to keep track of everything, and Slack for communication.

Anything else you think people should know about the project?

I will say that if you really want to fix civil asset forfeiture, you have to end the war on drugs. That’s my conclusion from working on this project.

Freddy Martinez sent this request to the Chicago Police Department of Chicago, IL

Freddy Martinez sent this request to the Chicago Police Department of Chicago, IL