According to declassified meeting minutes from 1972 and an old article saved by CIA, the Agency’s Office of Medical Services had a drug abuse booth “originally created by CIA doctors for parents who work for the agency.” 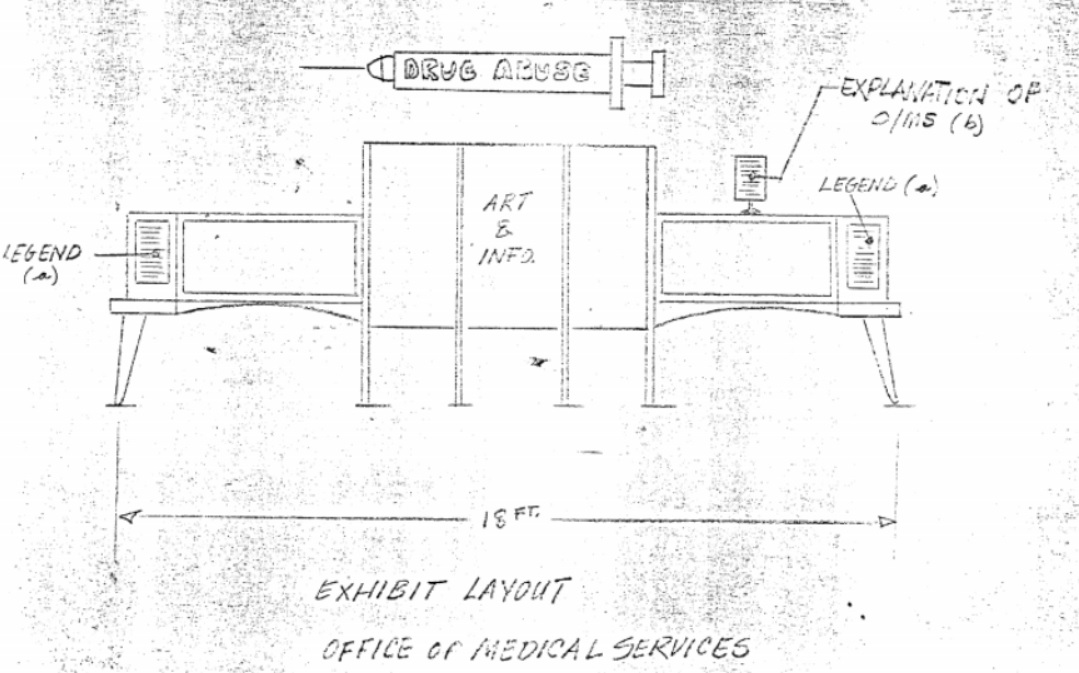 As described the St. Louis Post-Dispatch, the booth didn’t just give off the smell of marijuana - it came complete with “a bag of the weed” for people to smell. When it came time to take the display to an American Medical Association convention, the Agency was told they were unable to take the marijuana with them. According to the Post-Dispatch, “federal narcotics agents had warned them that transporting marijuana across state lines was illegal - even for CIA.” 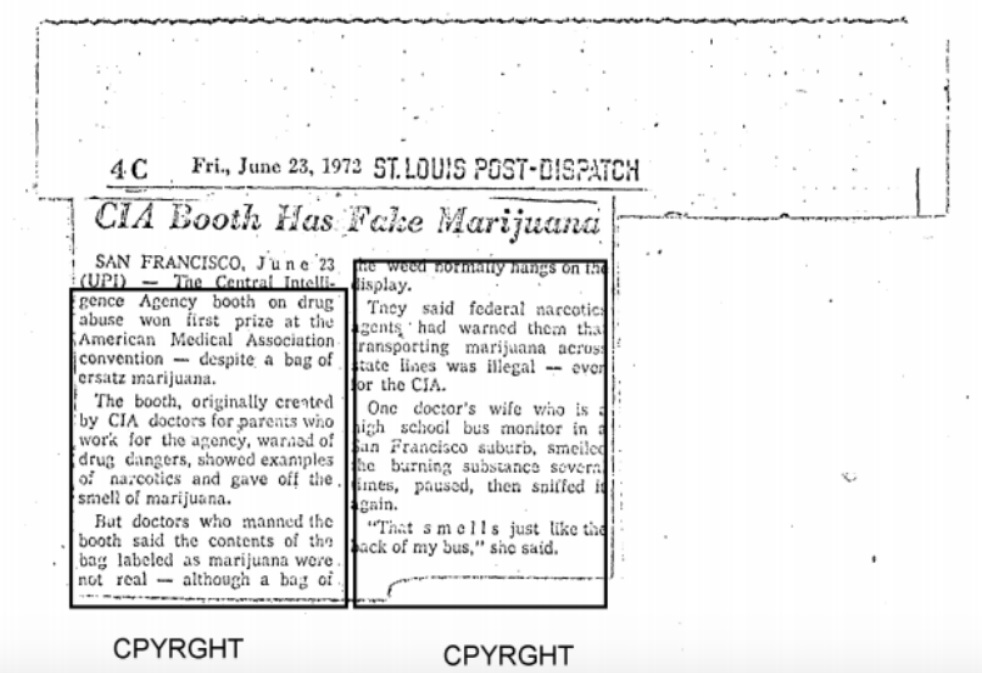 The Agency’s apparent solution was to swap in “pseudo marijuana” which looked and smelled like marijuana - even when burned. Reportedly, one high school bus driver took several sniffs before commenting that it smelled “just like the back of my bus.”

CIA was apparently pleased with the results, with eight out of every ten visitors to the booth smelling the ersatz pot. It was such a big hit that they quickly received five requests to use the display at “other gatherings.”

We’ve requested for the Agency’s “pseudo marijuana” recipe, which we’ll have to wait on to find out how they managed to so accurately recreate the look, smell, and smoke of marijuana.