On April 20, 1995, Dr. Edwin May, head of the CIA’s STARGATE program researching psychic phenomenon, received a fax from a remote viewer named “Joe,” who claimed to have a lead into the bombing in Oklahoma City the day prior. 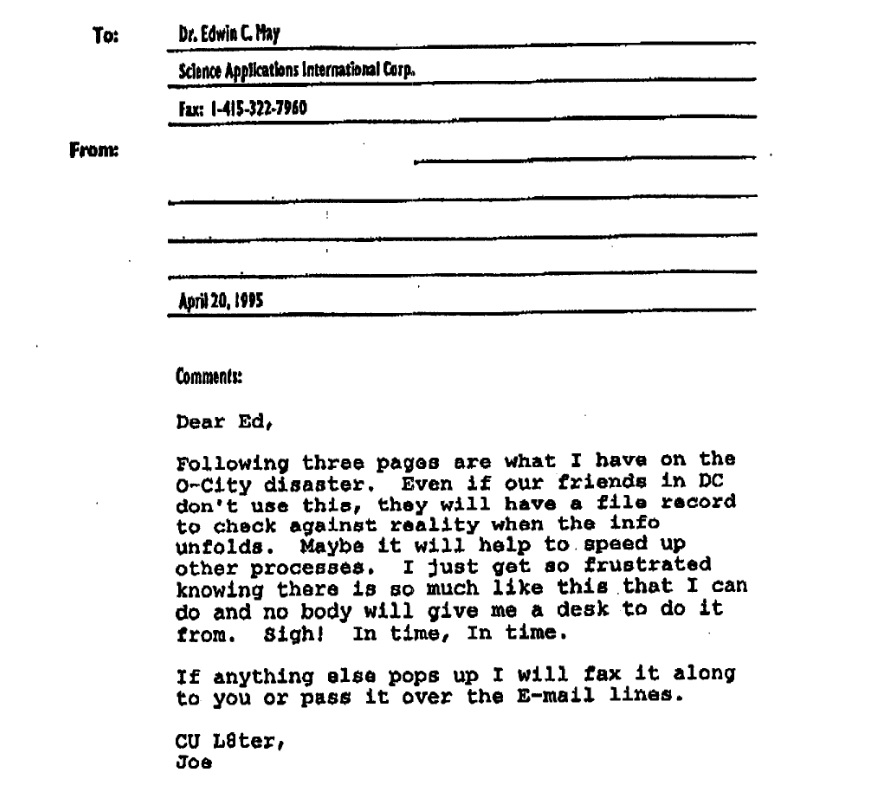 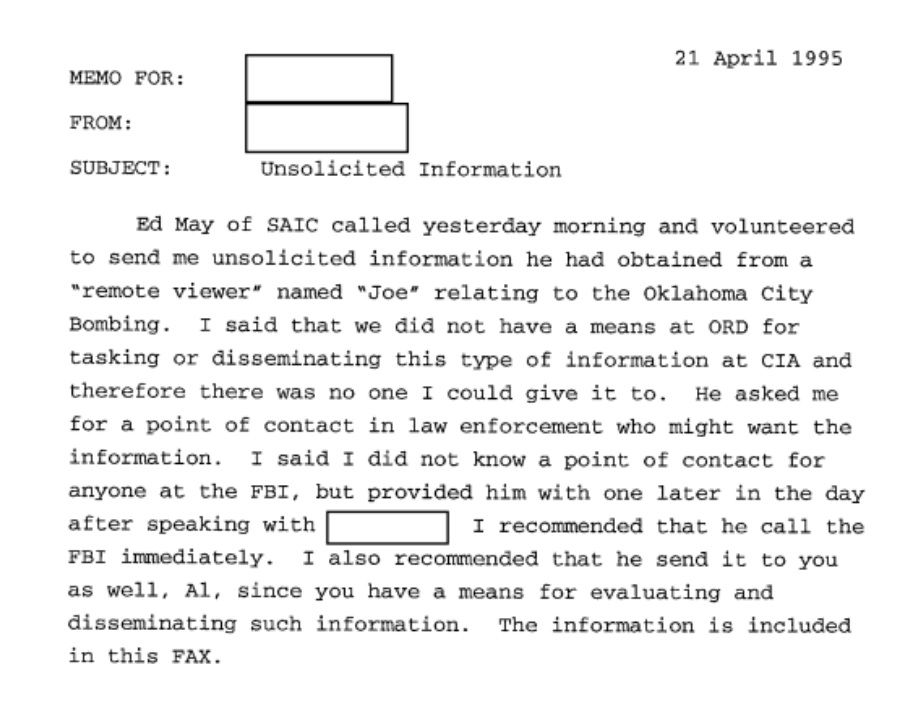 who in turn contacted the Agency’s Counter Terrorism Center (CTC), who provided a number with which May could contact the FBI. May was less than thrilled at having to “cold call” the Bureau, rather reasonably expecting that he might come off, in his own words, as a “lunatic.”

While the CTC was sympathetic, the Center argued it couldn’t be helped, and that time being of the essence, May needed to contact the FBI immediately. For its part, the CTC sent over a brief explanation of the Agency’s experience with parapsychological phenomenon … 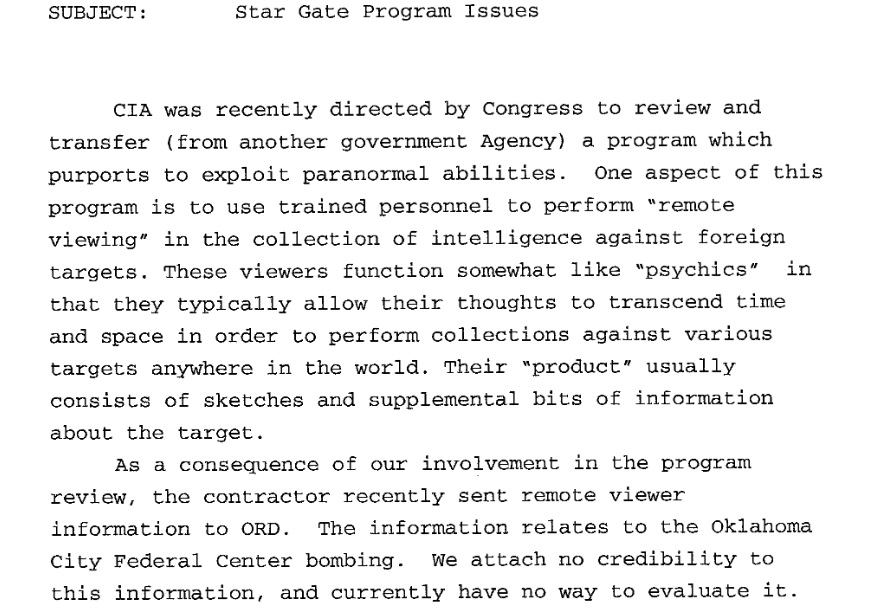 which also provided some plausible deniability, if necessary.

So what exactly were Joe’s extra-sensory insights? Well, apparently the bombing was the work of five Arab men - and somebody named Carl - who were in the employ of either the Iraqis or the Palestinians, and who were currently holed up in a house somewhere in Springfield, Missouri … 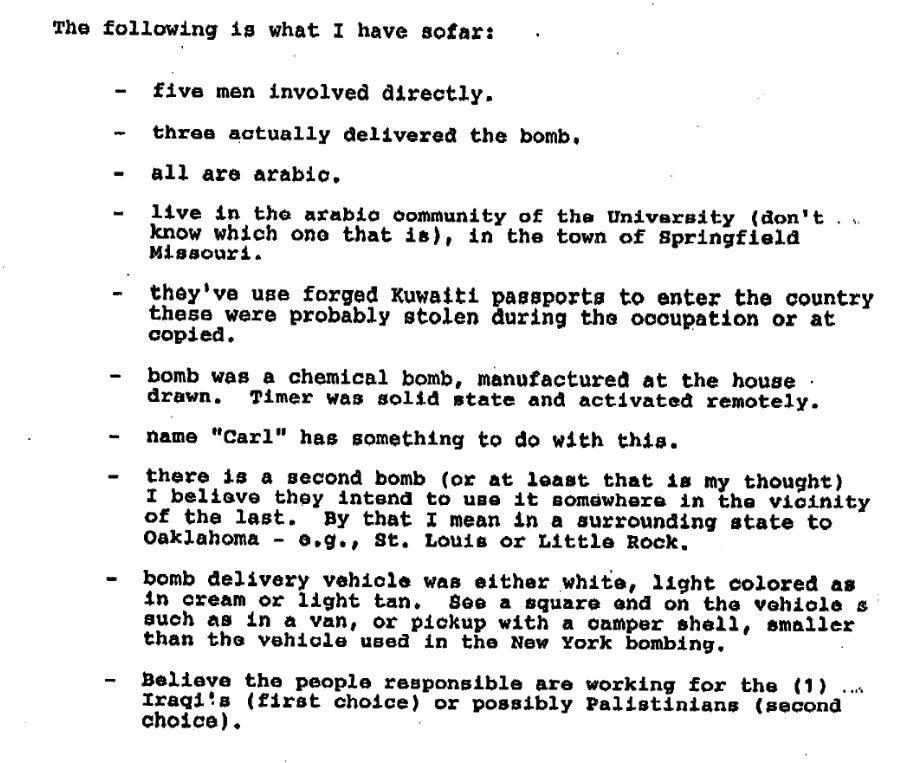 a house which Joe was more than happy provide consistently underwhelming sketches of. 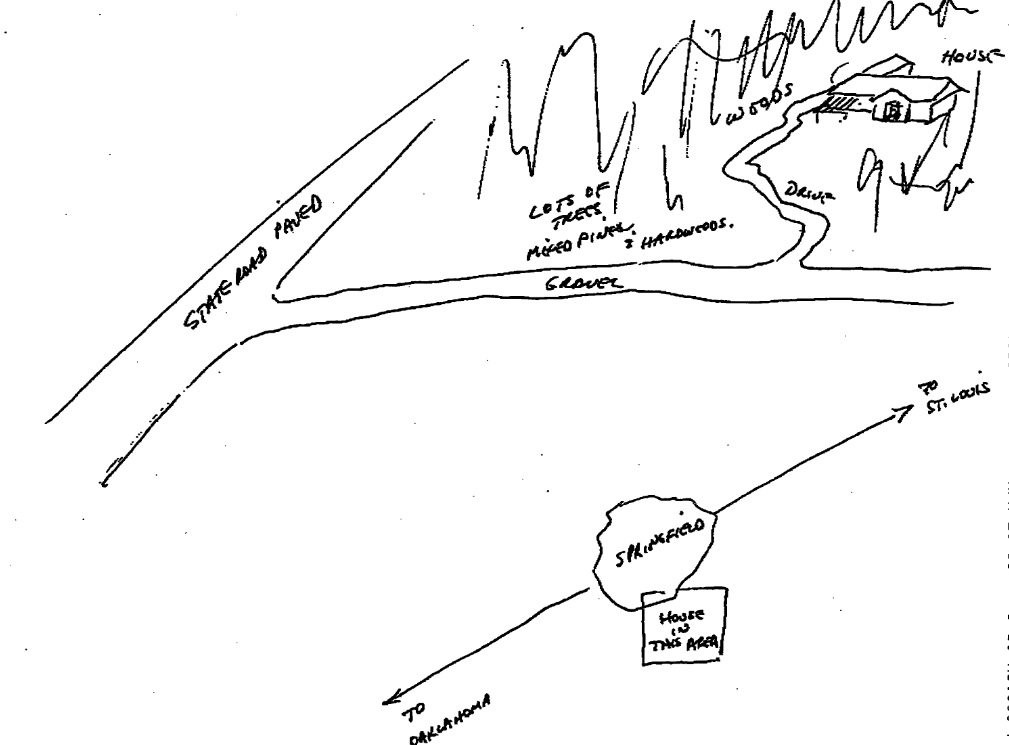 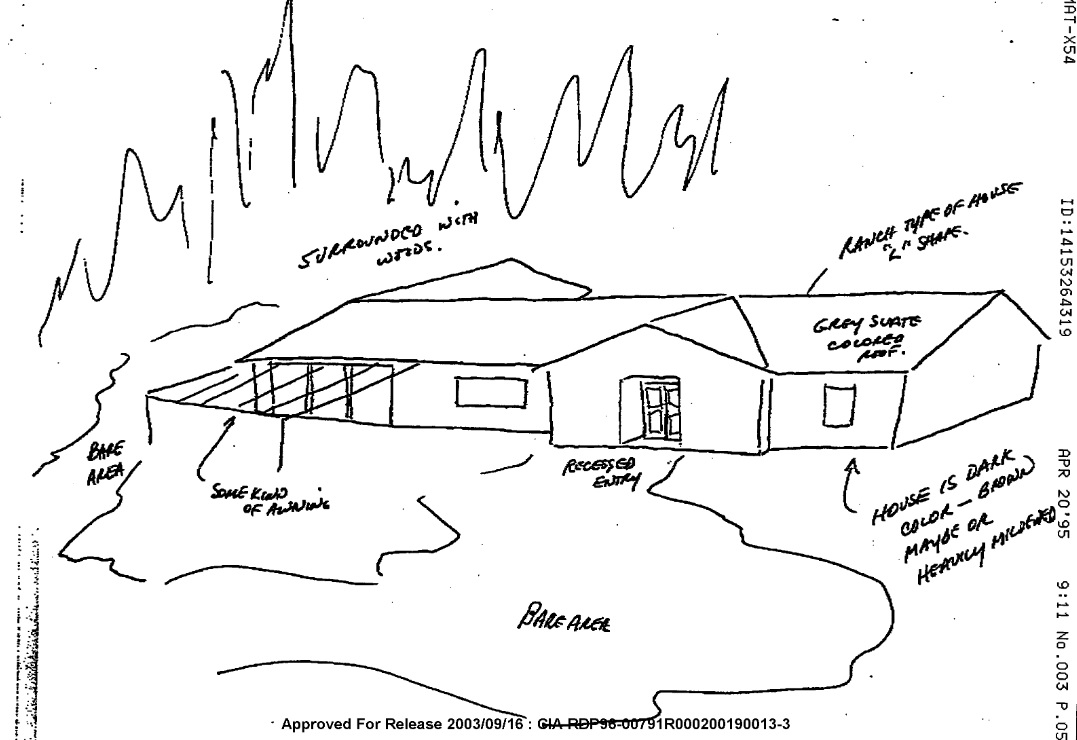 Meanwhile, the actual perpetrator, Timothy McVeigh, was already in police custody, having been arrested less than 90 minutes after the bombing for driving a truck without a license plate.

While the files don’t mention how the FBI responded to the tip, it is omitted from the list of support the Agency provided to domestic law enforcement during the investigation … and it’s worth noting that according to May’s own bio, STARGATE was discontinued that same year.

The full exchange is embedded below.