The Church of Scientology has a network of front groups that repackage their religious doctrines, training materials and spiritual treatment processes as secular non-profit products and services. The most notoriously dangerous entities in the Scientology front group network is their drug rehabilitation and substance abuse treatment program that is commonly referred to as Narconon. However, due to the number of deaths and lawsuit settlements directly connected to the Narconon brand, they have begun using a wide variety of brand names to hide the fact a given treatment facility is really a Scientology drug rehab franchise managed by the Scientology-based parent company known as the Association for Better Living and Education (ABLE). The controversies related to this program have been brewing for decades and was widely exposed to the world at large in 2012-2013 when NBC Rock Center did a series of programs giving the most recent Narconon scandals a much needed dose of sunshine. 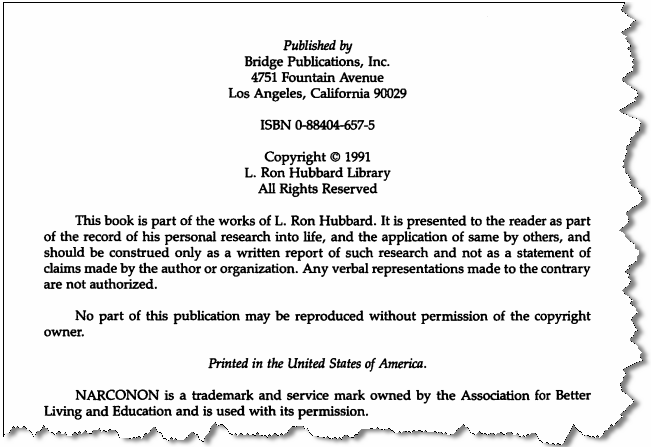 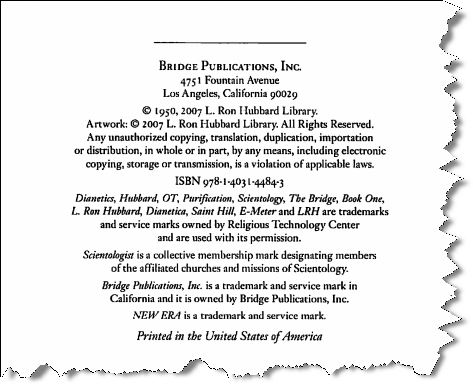 Ironically, the churches offer the various steps in the program at a reduced cost compared to what they typically charge for the program (currently $35,000 or higher) in one of their treatment facilities. Narconon delivers this program in four parts, spread over nine different steps, without adequate medical supervision:

Most notably missing from this program is formal drug and alcohol abuse counseling. This is because Narconon does not support the view that addiction is a disease and Scientology-based counseling (known as auditing) is the one thing they do not repackage as a secular service. Which makes sense, since former scientologists who have worked as executive-level managers of various Narconon facilities have raised allegations that the real purpose of Scientology’s drug rehab franchise network is to recruit new members into the church. Honorary plaque awarded to the former Executive Director of Narconon Southern California and Narconon International, in recognition for his success at recruiting new members, from the Church of Scientology leader David Miscavige Why are Scientology drug rehabs so bad?

“Clearly something isn’t right and we have a moral obligation to do everything in our power to end this predatory business being run by the Church of Scientology disguised as drug treatment. This is a disgusting business that preys on desperate family members and their sick loved ones, scamming them out of thousands of dollars with the promise of providing hope and new life.” — Oklahoma State Senator Tom Ivester

The Church of Scientology claims extraordinarily high success rates – sometimes as high as 90% - for their drug treatment program. These claims have never been independently verified and former staff members have explained they tally those statistics in a questionable manner that basically involves pulling magic beans out of thin air.

Founded in 1966, the Narconon program combines Hubbard’s moral philosophy with his theories on the nature of drug addiction and his solutions to the problem, providing a mixture of educational and therapeutic activities. Unfortunately, Narconon’s “science” is based on provably false scientific statements by Hubbard, such as that niacin breaks up fat (it doesn’t), that LSD is stored in the body (it isn’t), and that radiation can be sweated out of the body (it can’t). The research upon which Narconon is supposedly based has never been independently published by a licensed medical professional or subjected to proper scientific validation.

These factors, in addition to most of the rehab staff being former patients and recovering addicts themselves with no formal medical training, have created a deadly scam that is played on vulnerable addicts and their families who are desperately seeking help for an addiction. As such, the potential for public records from local law enforcement, ambulance and other emergency services, in addition to the FTC, present a vast field of information that can be easily gathered and made available via MuckRock’s platform.

Where are these facilities located?

The Scientology drug rehab network known as Narconon (or a wide variety of other names) has over 50 known locations around the world and is charted in the following map.

Gone but not forgotten

There have been at least 18 known deaths directly related to the Narconon treatment program, and/or at facilities using the program, since 1984. The following slideshow was compiled as a humble reminder that sometimes Scientology’s biggest victims are not members of the “church” and may not even realize they are using Scientology religious practices to recover from the addiction that eventually kills them.

R. M. Seibert sent this request to the Albion Department of Public Safety of Albion, MI