According to the current timeline, in about two years the James Webb Space Telescope will replace the Hubble Telescope as the most advanced platform in use by the National Aeronautics and Space Administration for observing the far reaches of the universe. It will be named for James Webb, who led NASA for most of the ‘60s, from his 1961 appointment by President John F. Kennedy to lead the agency until his retirement just before Richard Nixon assumed office.

Before the role that would find him memorialized in a cutting edge space object, Webb was the Under Secretary of State and, prior to that, the Director of the Bureau of the Budget in the Office of the President, a position that brought him into close contact with the fledgling Central Intelligence Agency. A letter from then-CIA Director Roscoe Hillenkoetter, preserved in the CIA’s CREST Archive, dated this week in 1949, offered the 42-year-old Webb his congratulations and future assistance.

The recorded reply from Webb, with whom the Hillenkoetter had had a relationship since assuming his position, was equally cordial.

Elsewhere in the Agency that same day, the feeling toward the State Department was demonstrably less warm, as Prescott Childs, Chief of the Intelligence Coordinating and Planning Staff, updated the Office of Reports and Estimates on the Department’s desire to be clued in on certain intelligence reports.

Through his State and NASA appointments, Webb would maintain a relationship with the Agency, though the subsequent CIA Director, Walter Bedell Smith, may not have warmed as well to him. 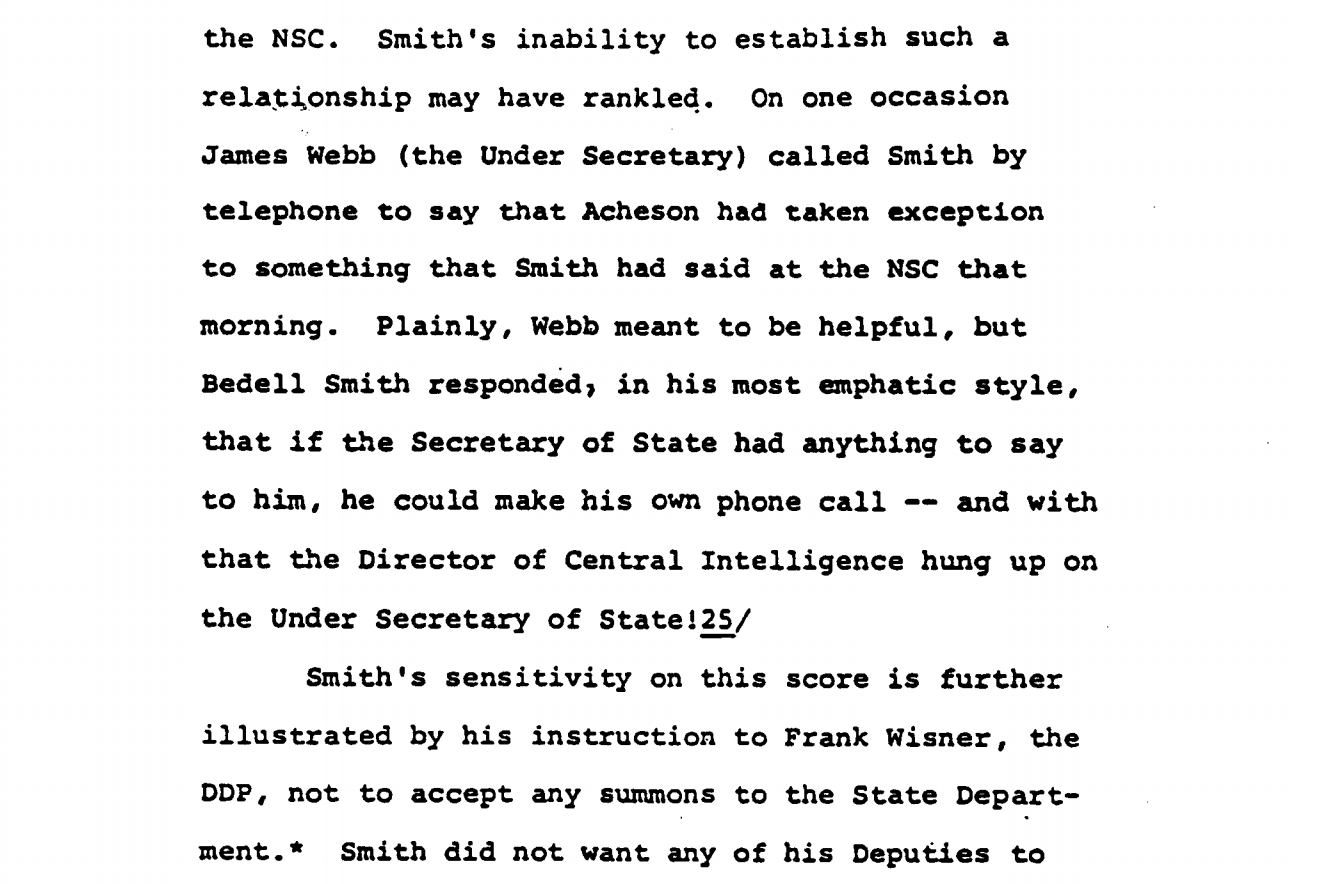 Nonetheless, in the midst of the mid-century Communist scare and the “Space Race” between the United States and the Soviet Union, the State Department and the CIA obviously remained in close contact. Webb called on the CIA for briefings on the Soviet space program, preparations related to appropriations hearings, and advice on whether to show certain images of the Russian space program to President Johnson. 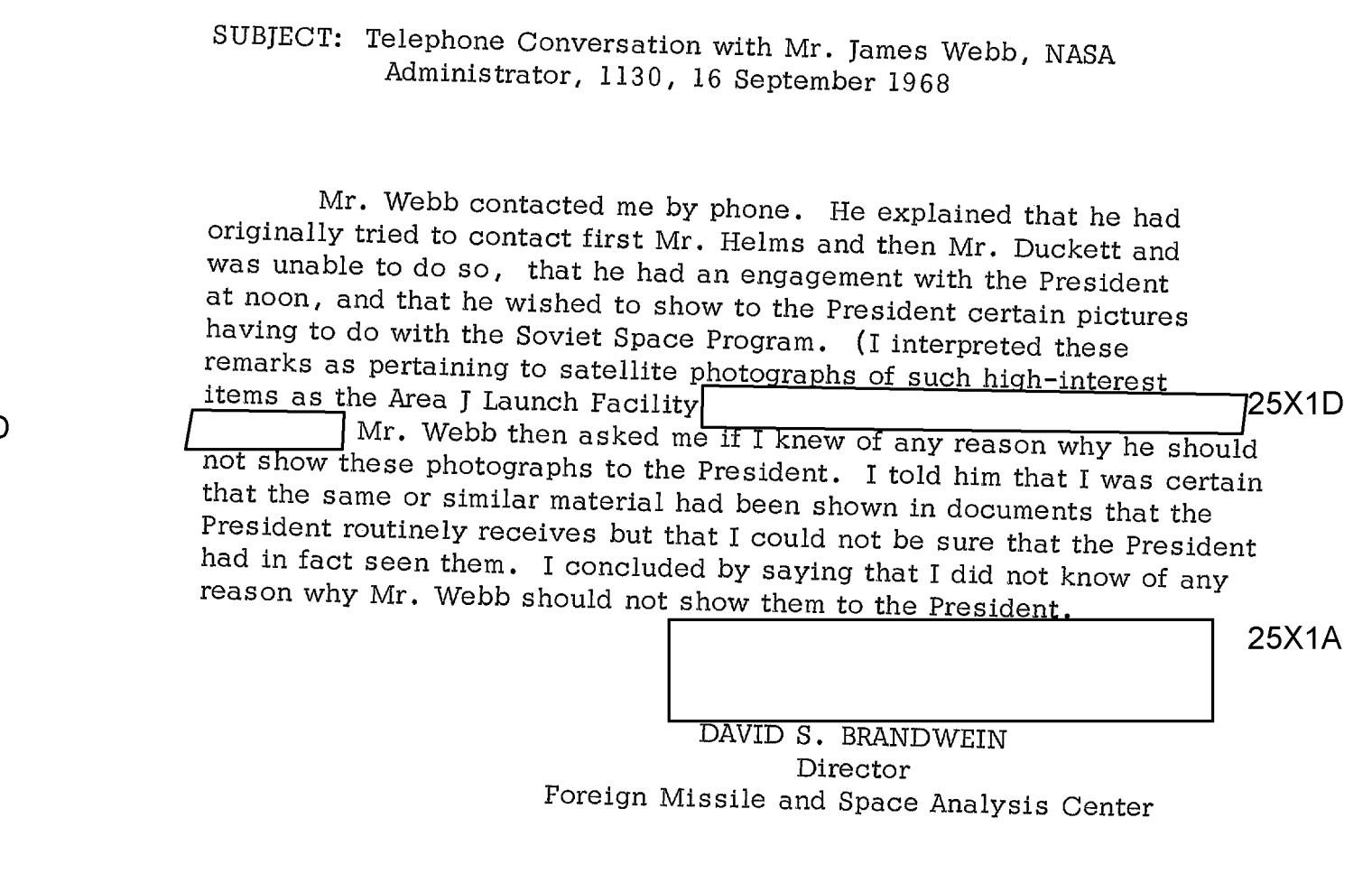 It seems that even after Hillenkoetter’s (notably cantankerous) retirement, the Agency made good on his word to support Webb at the State Department and his role in securing and organizing the nation’s space program.

Hillenkoetter’s letter is embedded below. Find something else interesting in the archives? Let us know!