Ronald Reagan’s close relationship with the Federal Bureau of Investigation is attested to in correspondence between Reagan and Director J. Edgar Hoover. These letters, dating from his time as Governor of California and recently released through a FOIA request by Emma Best, show Reagan expressing his admiration for Hoover and the Bureau in both public …

and Hoover in turn expressing his admiration for being admired. 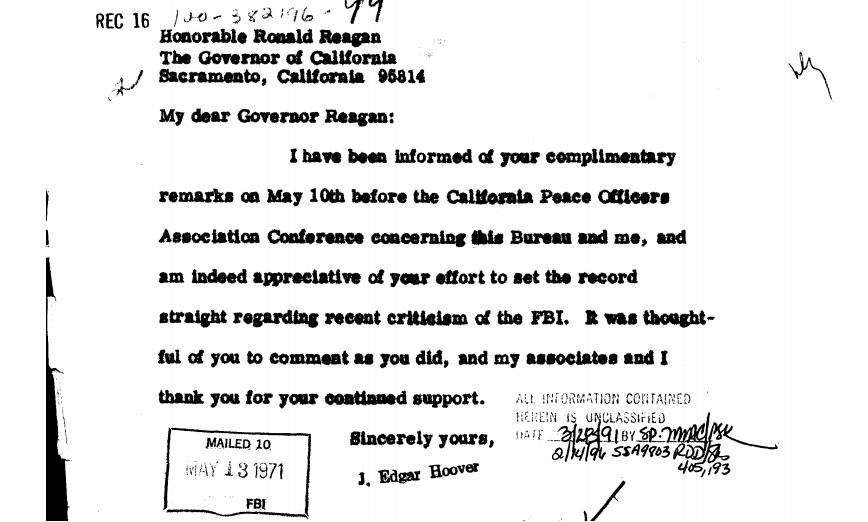 In one letter, dated from March 1971, Reagan alludes to a “recent generosity” on Hoover’s part but doesn’t explicit state exactly what this favor was. 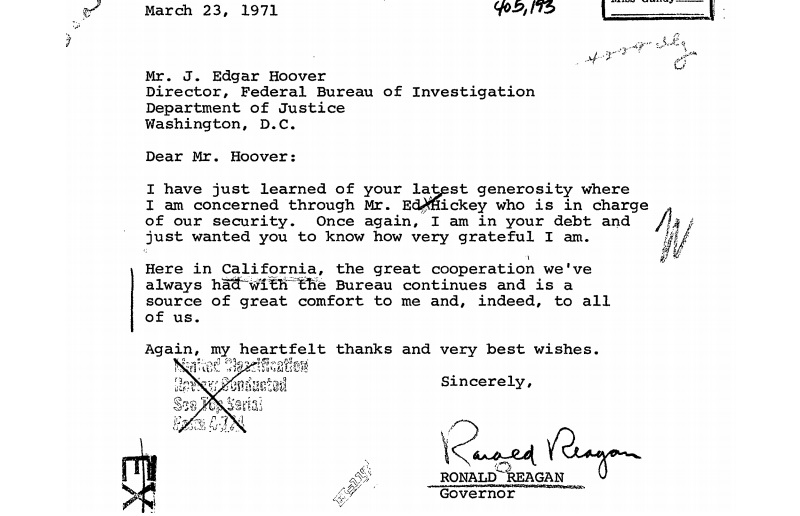 A memo later in the file, dated from November of that same year, reveals the most likely candidate for this kindness: Hoover had lent Reagan his 1967 armored Cadillac for a trip through Los Angeles’s “ghetto area.”

Citing concerns for the Governor’s safety (the file contains several FBI investigations into death threats, ranging from the credible to “drunk hippie at a party”), Reagan’s Director of Security Edward Hickey asked the Bureau if it would be possible for the FBI’s Los Angeles Field Office to either give or sell them the vehicle once they purchase their annual replacement.

they could put it up for a “competitive bidding,” which Reagan’s office would almost certainly win due to the small number of qualified applicants.

The Bureau approved the idea, and the “sale” apparently went ahead as planned.

Hoover seemingly left quite the impression on Reagan. After the 1981 attempted assassination, Reagan ditched the 1972 Lincoln Continental in favor of a bulletproof 1983 Cadillac Fleetwood: the first presidential Caddy.

Read the file embedded below, and the rest of the request page.