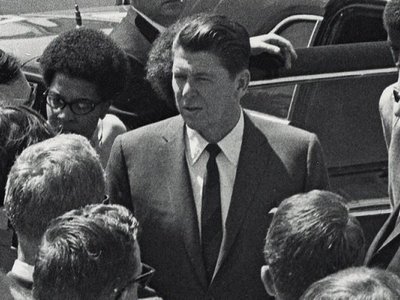 Ronald Reagan’s close relationship with the Federal Bureau of Investigation is attested to in correspondence between Reagan and Director J. Edgar Hoover. In one letter, dated from March 1971, Reagan alludes to a “recent generosity” on Hoover’s part, but doesn’t explicit state exactly what this favor was. A memo later in the file reveals the most likely candidate for this kindness: Hoover had lent Reagan his 1967 armored Cadillac for a trip through Los Angeles’ “ghetto area.”