After a little over two years of processing, the National Archives and Records Administration have released the Federal Bureau of Investigation’s files on the writer Dorothy Parker - the first time those files have been made public since the FBI removed them from their FOIA reading room over a decade ago.

The Bureau first opened a file on Parker in 1950, after she was named by the former Daily Worker editor Louis Budenz as one of the country’s most prominent “concealed Communists.” 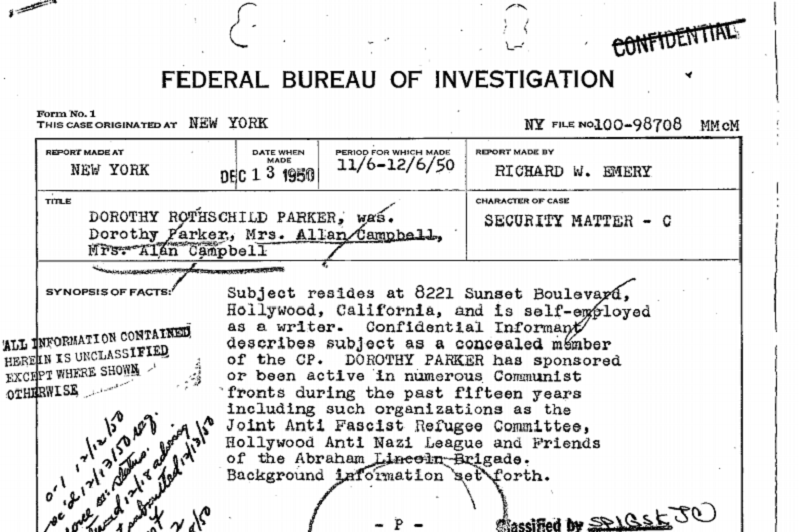 In response, the FBI compiled a report on evidence of Parker’s Communist leanings, sourced from 27 confidential informants. Parker’s commie bona fides included her support for the Hollywood Anti-Nazi League and the Joint Anti-Fascist Refugee Committee …

and ,strangely enough, the allegation that she had once ran a Communist boarding house in Mexico.

All of this earned Parker an interview with the Bureau in 1951, in which agents determined she was a “nervous type of person” …

likely owing to the fact that she was being interviewed by the the FBI.

Over the next couple years, the Bureau kept track of Parker’s public appearances at fundraisers of what were considered “Communist front groups”… 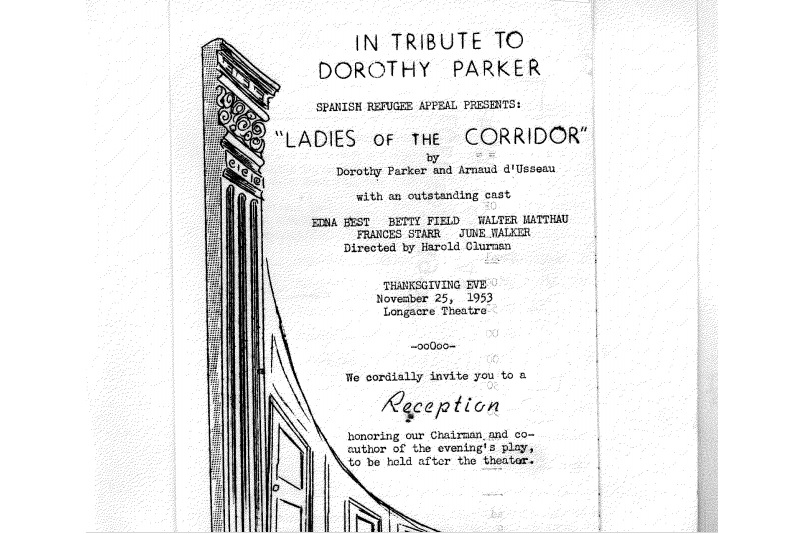 and, on at least one occasion, intercepting Parker’s mail.

The FBI’s interest in Parker became such a running joke that on at least one occasion they had to determine if a humorous anecdote actually happened:

Things finally came to a head in 1955, when FBI Director J. Edgar Hoover demanded the Special Agent in Charge of the New York field office make a final determination as to whether or not to include Parker in the Security Index - the list of “subversives” that would need to be detained in case the U.S. ever declared martial law. 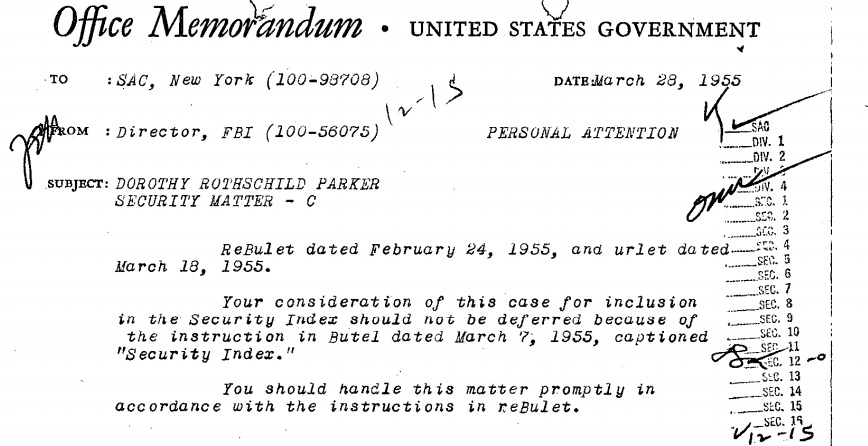 Though the SAC maintained that Parker was a Pinko, it was ultimately determined that a 62-year old unemployed poet wasn’t a national security threat.

Later, the FBI would make similar calls regarding fellow writers Allen Ginsberg and Susan Sontag, though, unsurprisingly, James Baldwin made the cut for inclusion in the Security Index.

FBI surveillance of Parker continued to the end of the following year, though the Bureau’s heart was no longer in it, consisting of a few scattered reports from informants. One such informant decided that a confidential memo on a celebrated humorist was the perfect time to workshop some new material.

It is a shame that Parker never got to read her file while she was alive. She would have been delightfully unkind.

Read the full file embedded below or on the request page. A huge thanks to NARA’s Jessie Hartman, and the National Security Archive’s Nate Jones and Emma Sarfity, without whose help these files would still be sitting on a shelf somewhere in College Park.