Loving Bella Abzug is easy - unless you’re in the Central Intelligence Agency or Federal Bureau of Investigation. Then she was a dangerous leftist who needed to be monitored. Here are several reasons why she should be your nonproblematic fav, based on her FBI file and documents in CIA’s declassified archive.

1. The FBI called her names

The FBI kept the future Congresswoman in their Security Index for years, listed as a Communist. Of course, this was back when the FBI used “Communist” to mean “any leftist we don’t like.” 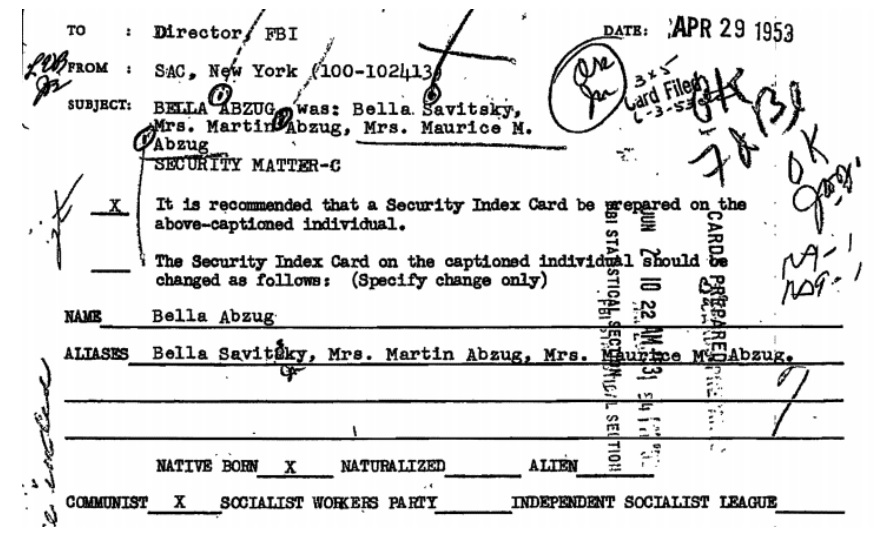 Which was exactly their rationale for putting her on the Security Index. Her FBI file repeatedly mentions a sources claim that she followed the Communist Party line and, in her role as a lawyer, had defended “leftist causes.” The same source admitted that they didn’t know if she was actually a Communist or not. Nearly two decades later, on the eve of her election to Congress, the FBI finally confirmed she was actually anti-Communist, just pro-labor, and quietly removed her from the Security Index. 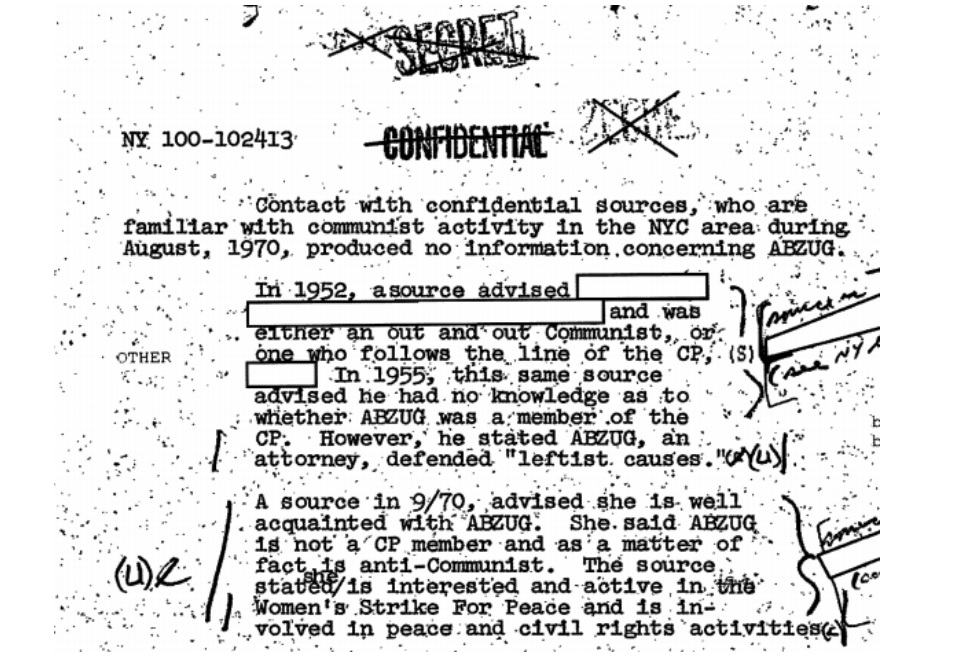 Later the FBI called her a “loud mouth” and referred to her being critical of the Bureau. 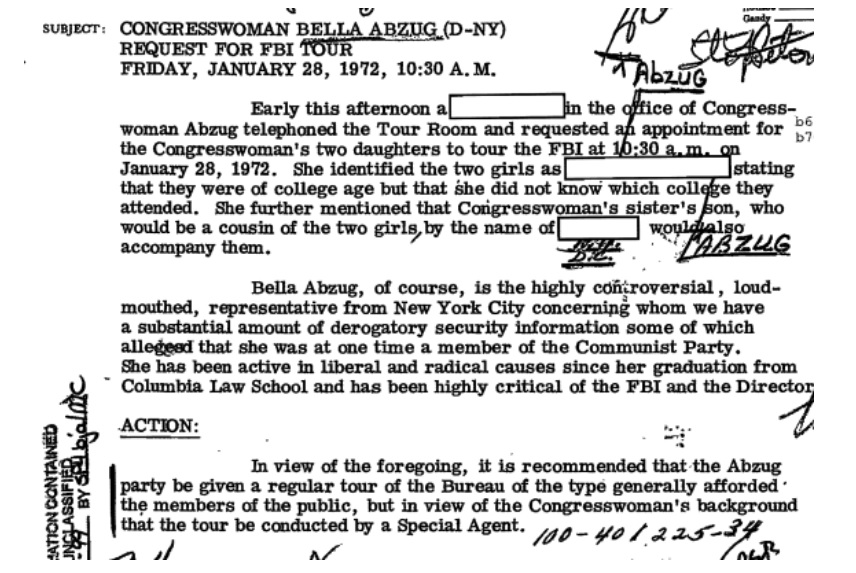 2. Hoover considered her Informed and Dangerous

FBI Director J. Edgar Hoover personally warned the Secret Service Director she was “dangerous” and a threat to the President because of her background (as a lawyer) and her beliefs (leftist). 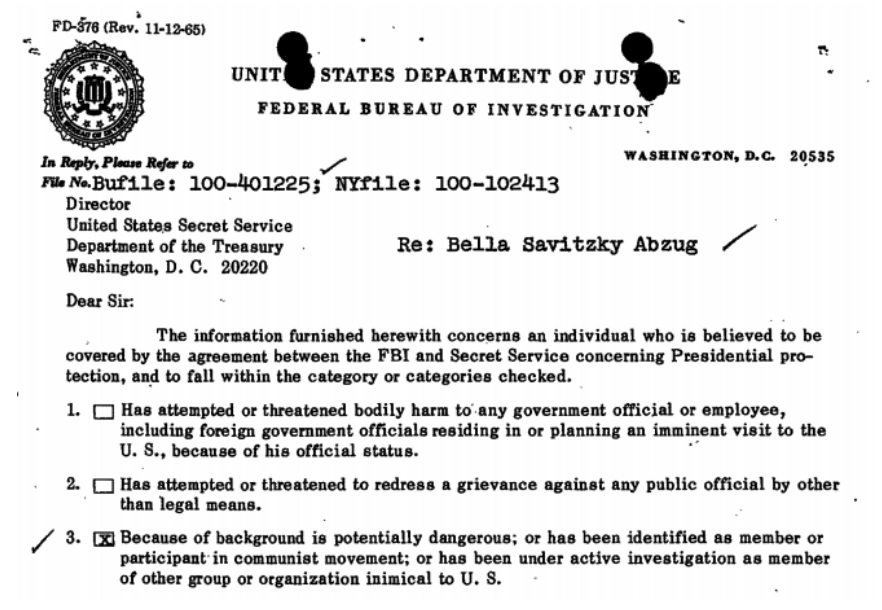 3. FBI was embarrassed about surveilling her

When discussing investigation and surveillance of members of Congress, FBI disclosed their prior interest in Abzug. According to the FBI, it was from “a period well before she was elected to Congress (11/70)”. The FBI then proceeds to admit that she was in their Security Index until one month before that election, while describing some of their physical surveillance of her from the year before. 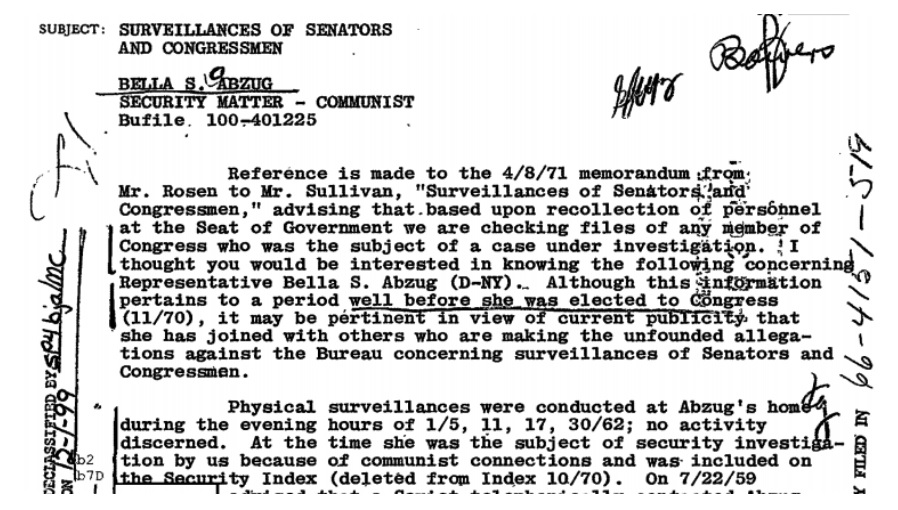 Letters to Hoover warning the FBI of the dangerous Abzug were saved in her FBI file. One letter in particular, from a “pro-FBI” anonymous informant, calls for surveillance of the Congresswoman. The letter also misspells “ridiculed,” leading to this decades-delayed irony. 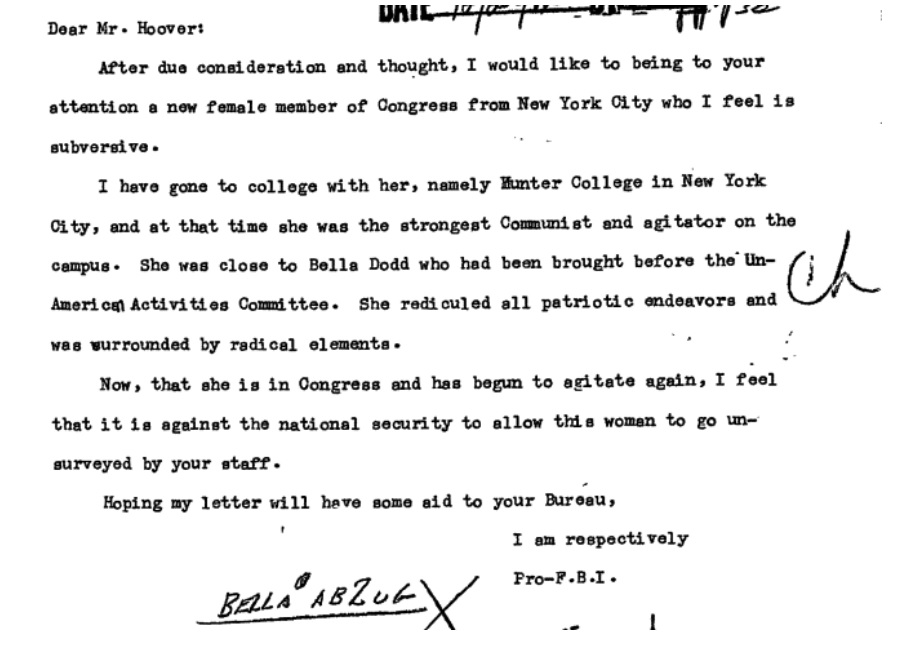 5. She was such an intersectional feminist that FBI wanted to put her on the secret detention list while she was in Congress

They ultimately decided to wait until her term in Congress expired.

6. CIA sent information on her to FBI through their secret CACTUS Channel

She got caught up in CIA’s mail surveillance program, with the Agency using the CACTUS Channel information about her with the FBI. This happened while she was an elected Member of Congress, which had made even the Bureau decide to leave her alone. 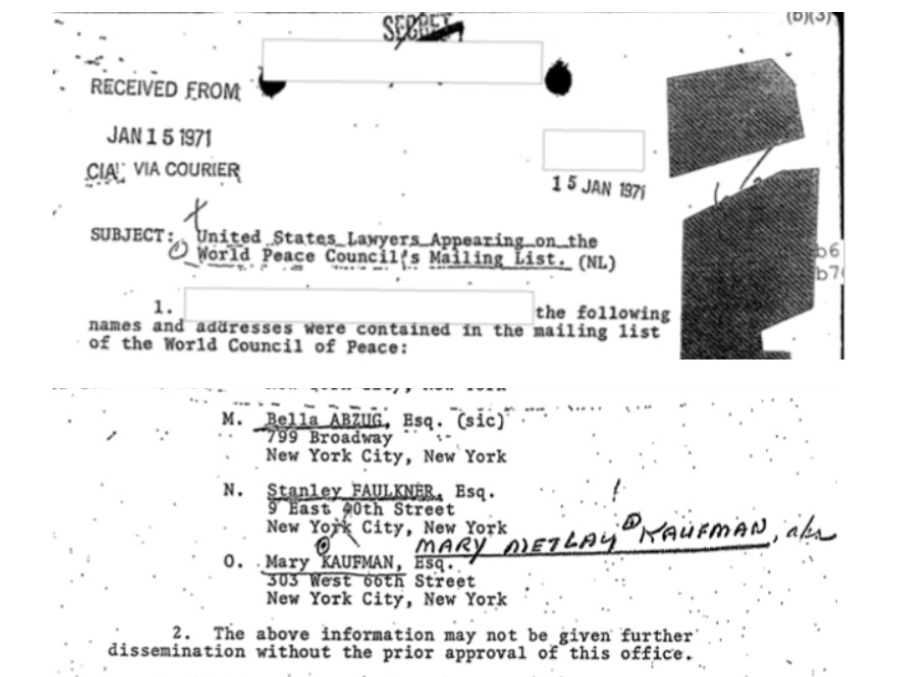 7. CIA classified part of one of her FOIA appeals

In a level of badassery that most of us can only aspire to, the Congresswoman appears to have frightened CIA into classifying part of one of her FOIA appeals. 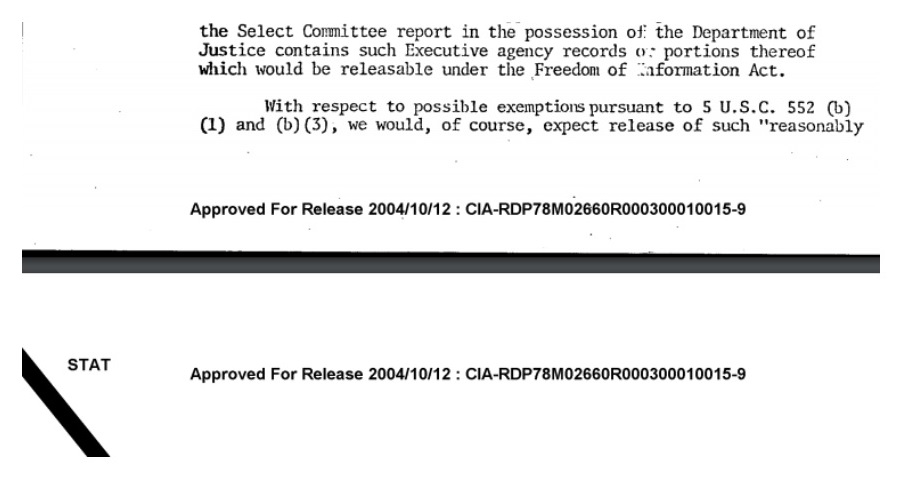 Nothing is sexier than a woman fighting for government transparency. Nothing.

In 1976, CIA Director George Bush was photographed while wagging his finger at the Congresswoman and covering the microphone with his hand, while the Congresswoman just grins at him. CIA kept it classified in their archive for 31 years. 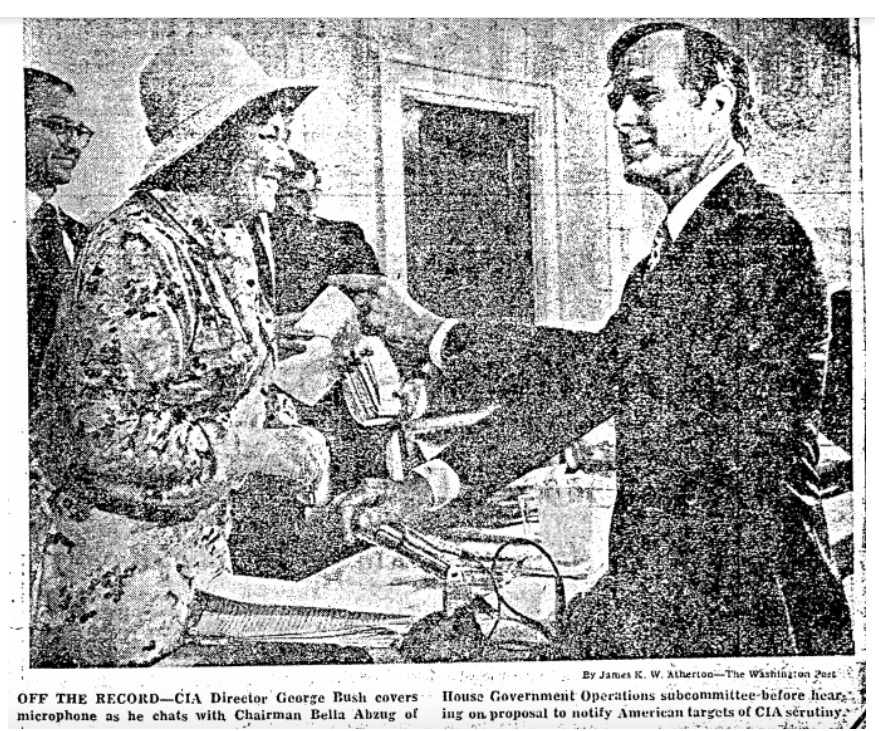 A pro-labor leftist who fought for government transparency and was so much of a feminist that she wound up on FBI’s list of people to watch and, if needed, arrest en masse?

You can read her FBI file here or below, or look at pictures of her amazing hats, which did more to hold CIA accountable than most sessions of Congress, here.