A collection of documents dating from the ’60s to ’70s uncovered from the Central Intelligence Agency archives show the U.S. Army’s Natick Labratories (since renamed the Natick Soldier Systems Center) efforts to develop long term survival rations for use in guerrilla warfare.

The Army considered its own earlier efforts into dehydrated food packs …

(featuring such modern marvels as the “interdental simulator,” which, as the bemused marginalia notes, was probably just a piece of Bazooka Joe)

as well as commercial products, such as the “Advanced Survival Kit and Survival Weapon” by Space-Age Control, Inc. … 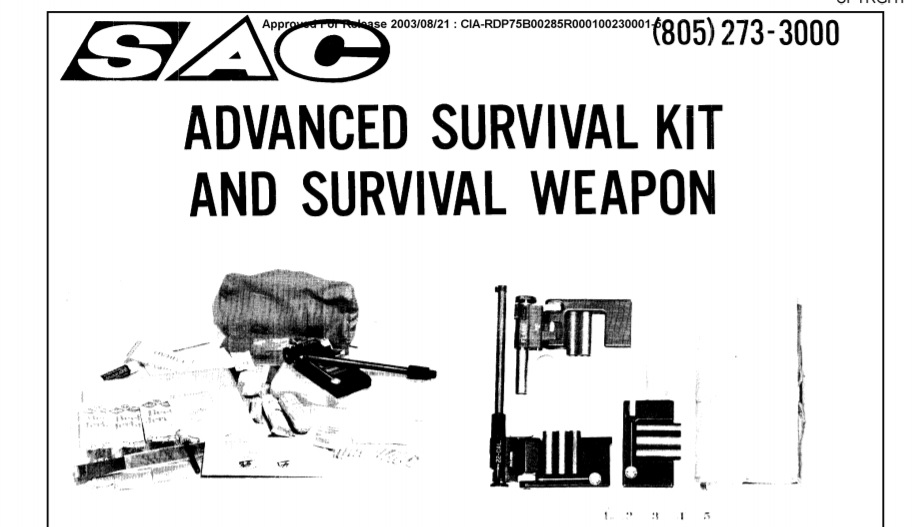 which, in another example of Best’s Law in full effect, just turned out to be a knife that was also a gun.

One of the kits considered, CD-7, went so far as to include surprisingly specific instructions on how the food was to be consumed. While some of the items, such as cereal, were given a teeny bit of leeway in case you were feeling adventurous …

when it comes to dessert, it’s pretty unequivocal.

There’s a war on, Mr. Owl. This isn’t the time to be cutting corners.

Read the full reports embedded below.

Image by Adam Zivner via Wikimedia Commons and is licensed under CC BY-SA 3.0