Intelligence work can make one feel awfully stupid, and in the Central Intelligence Agency’s 13 million pages of declassified documents, there are more than a few times that folks made their frustrations felt. Here are five of our favorites.

In an untitled memo from 1983, Deputy Director John McMahon made it crystal clear exactly how he felt about a (sadly, not included) proposal. 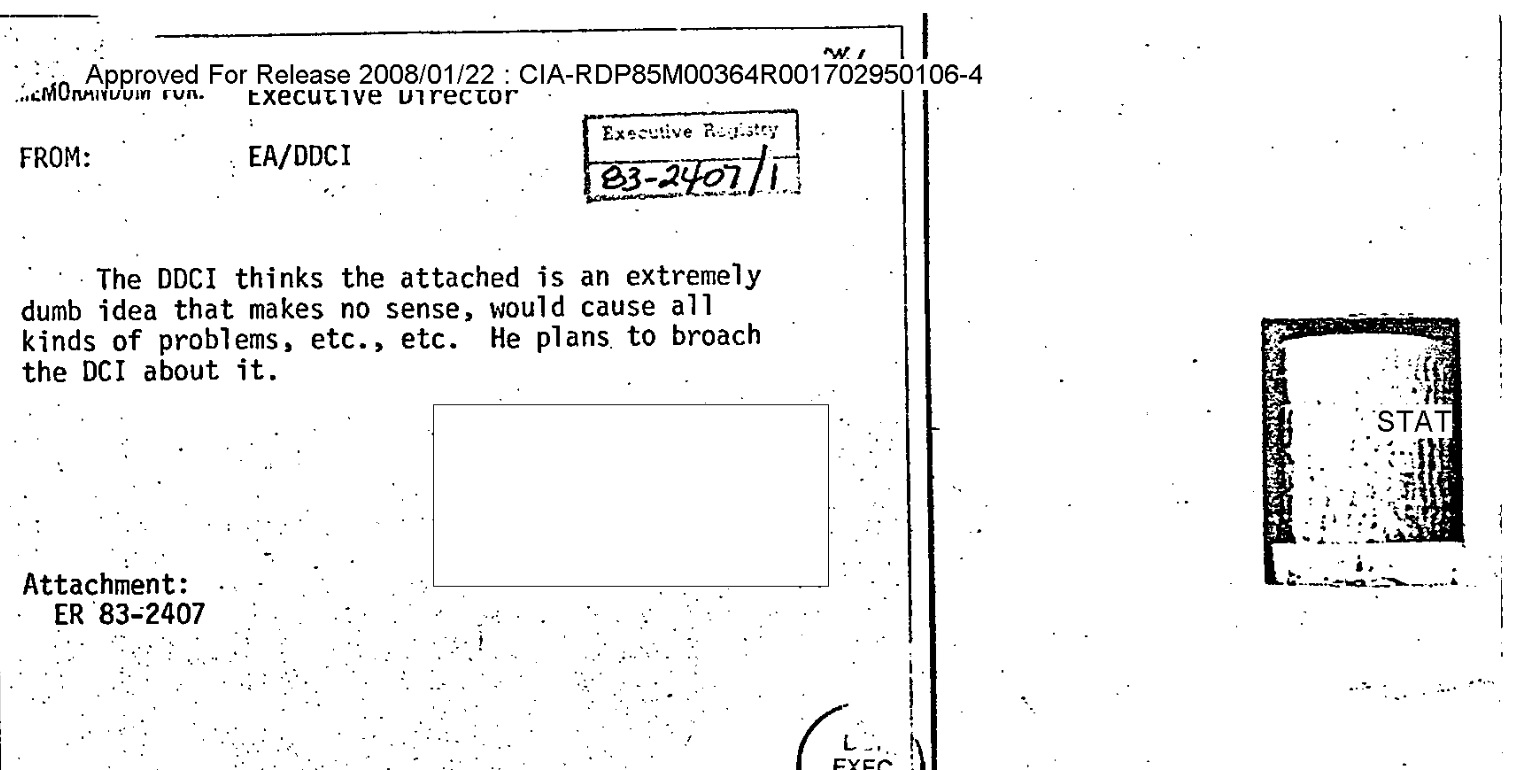 During a 1980 remote viewing session as part of the decades-long STARGATE psychic research program, the viewer channeled the constant frustration of an authoritarian middle-manager.

3. The “Somebody Went to Private School” Frustration

During a discussion on the CIA’s proposed database of leaks, somebody decided to drop a subtle hint that they weren’t particularly pleased with the direction things were going, along with a less subtle one that they took AP Latin.

5. The “Tell Us How You Really Feel” Frustration

Hard to improve on this one, so we’ll just let it speak for itself.

Find any frustrations while perusing CREST? Let us know through the form below!