A memo from the CIA’s declassified archive shows the Agency’s strong interest - and subsequent disillusionment - in investing in a device that purportedly warded off sharks with electric shocks.

The memo goes on to state that if the device works, the Agency would see the need for roughly 30 of them …

and includes a copy of the Parade article that originally piqued someone’s interest. 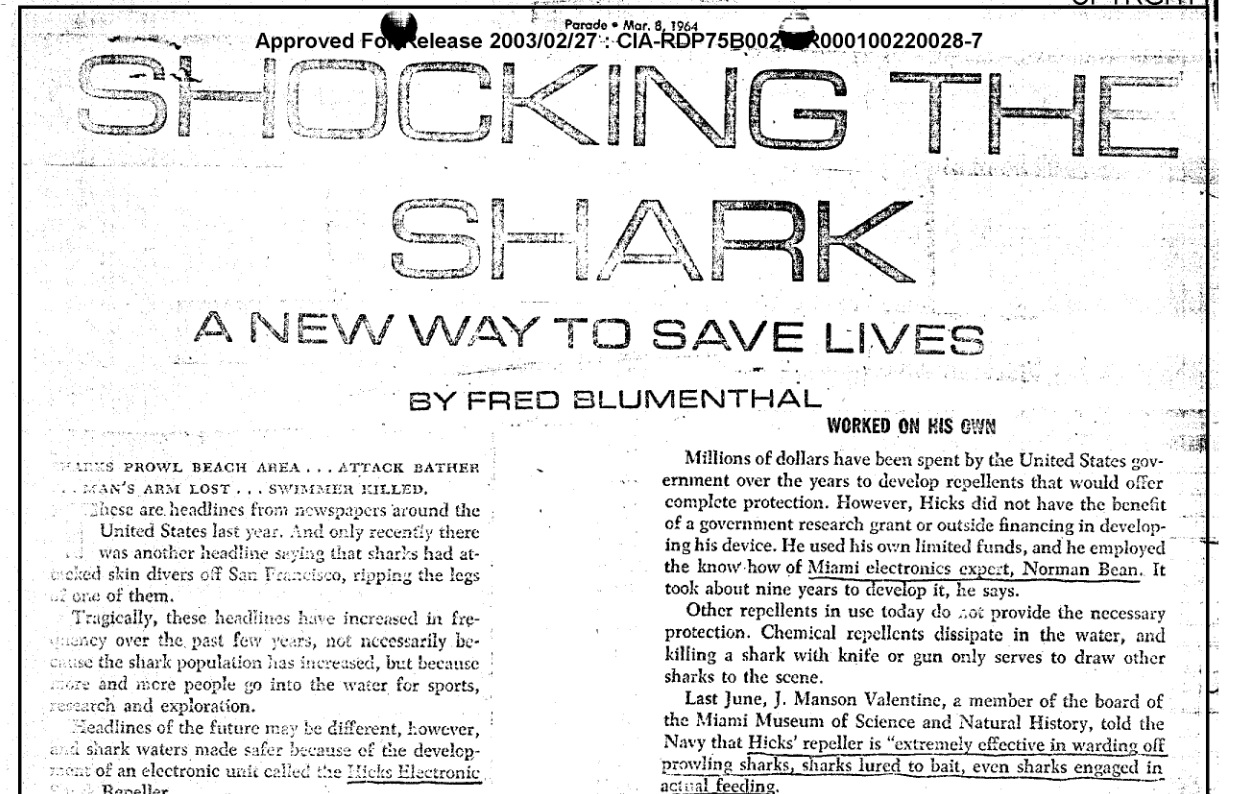 That interest would not be piqued for very long, however, as a demonstration by the device’s inventor did not impress, to put it mildly.

With even more considerable effort than last time, and using up the very, very last of our favors within the intelligence community, we were able to get CIA footage of the failed demonstration:

Though this particular device might have been a dud, the CIA’s interest in the growing field of sharkrepellollogy continued into the next decade, as evidenced by another memo referencing the successful testing of the “Shark Screen” in 1974. 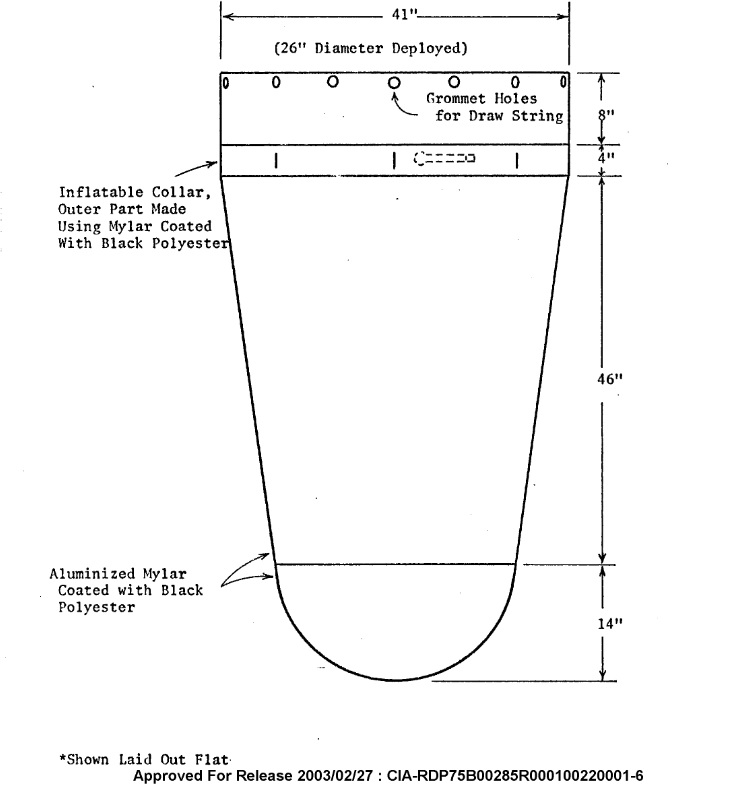 Just in time, too - Jaws came out the very next year. The full memo is embedded below: