A once-confidential report of accidents at CIA headquarters in 1957 was among the materials released as part of Agency’s CREST database, and the two-page statistical summary shows that sitting at home during the chaotic Cold War years was no easy street either.

The rundown measures the Agency’s Washington headquarters accident rate based on the number of incidents and the time lost to each of them compared to the federal government as a whole. As one might expect, slip-ups related to the actual handling of materials - which in the pre-digital age would have been voluminous - account for a significant portion of situations requiring first aid. 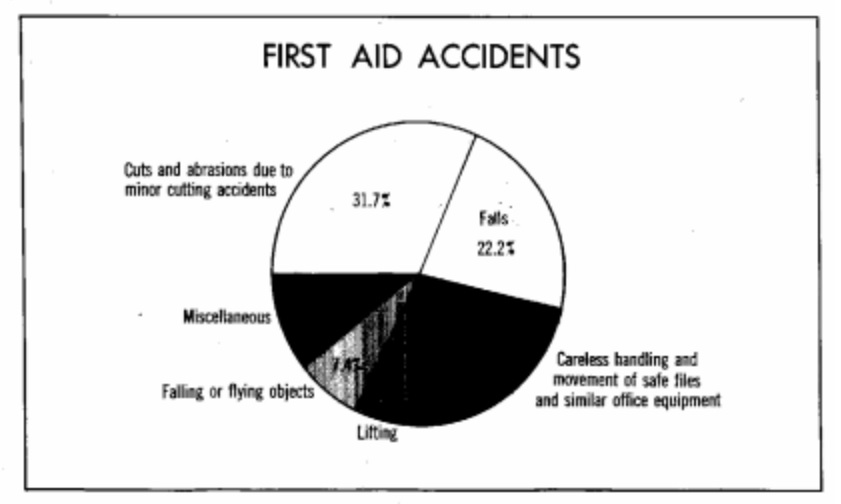 But while “minor cutting accidents” occupies the top tier, alongside “falls,” these low-level lashes weren’t the ones causing the most absentee Agency employees at the time. That distinction was shared with a much more serious casualty: 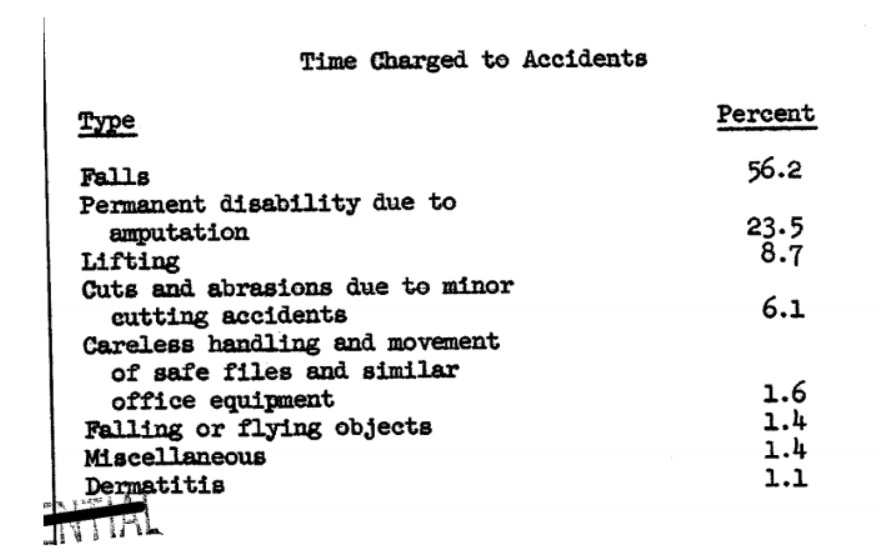 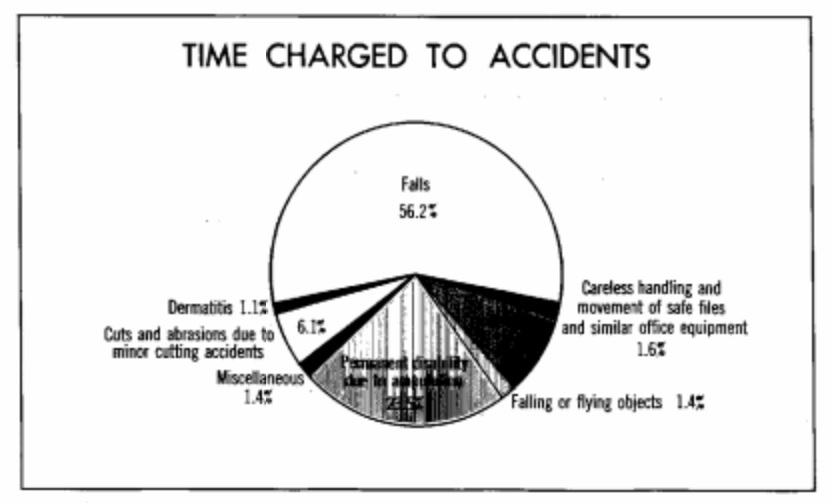 Nearly a quarter of time lost at CIA’s central station was “due to amputation.”

Check out the full report below, and explore more recently-released declassified materials via the CREST database.