During his Presidency, Jimmy Carter made a number of moves to nudge the federal government towards environmental friendly practices. One of these was a request that all executive agencies and departments begin recycling paper in accordance with EPA guidelines. For the CIA, and presumably other intelligence agencies, this posed some unexpected problems - as well as a valuable opportunity. 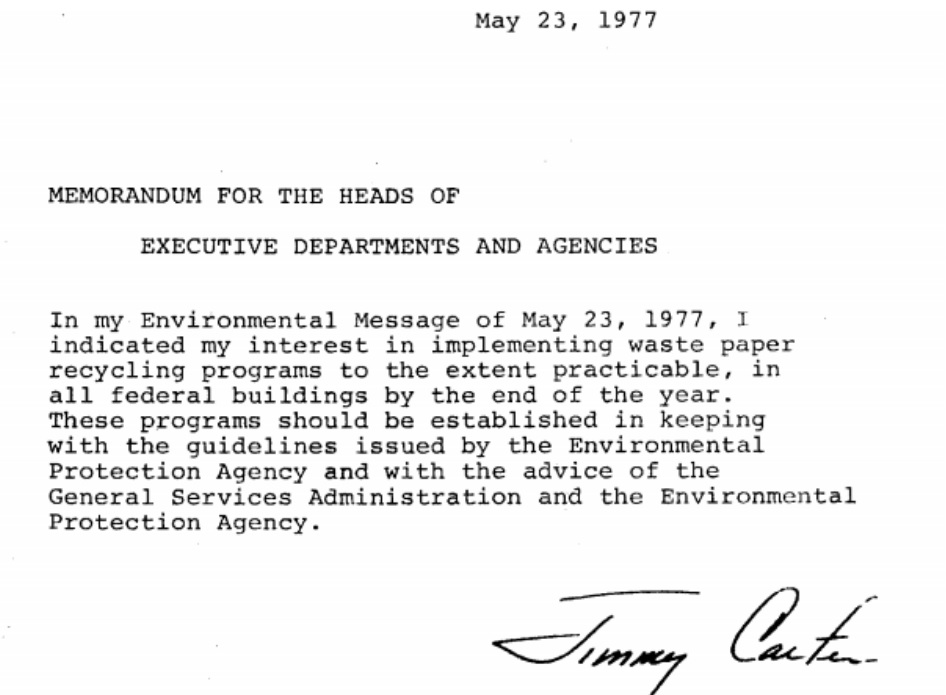 A memo sent to the CIA Director a few weeks later shows that the Agency had indeed paid attention to the request and begun coordinating with the EPA. As it turned out, both the GSA and EPA had begun a pilot program which was being rolled out to various federal agencies, but the CIA was “not scheduled to be incorporated into the program until sometime in the future.”

While the remaining text was redacted in the initial release, a later release included an unredacted copy of the text (albeit at a lower quality scan). As it turned out, these documents were declassified by destroying them “for efficiency and economy reasons.” This involved either water pulping (soaking) or pulverizing the paper. Unfortunately, the pulping method had yet to produce anything that was actually recyclable. The dry pulverizing process destroyed the fibers so thoroughly that they couldn’t be reused as paper, but both CIA and the Department of Defense were looking into using this pulverized material as a fuel source. 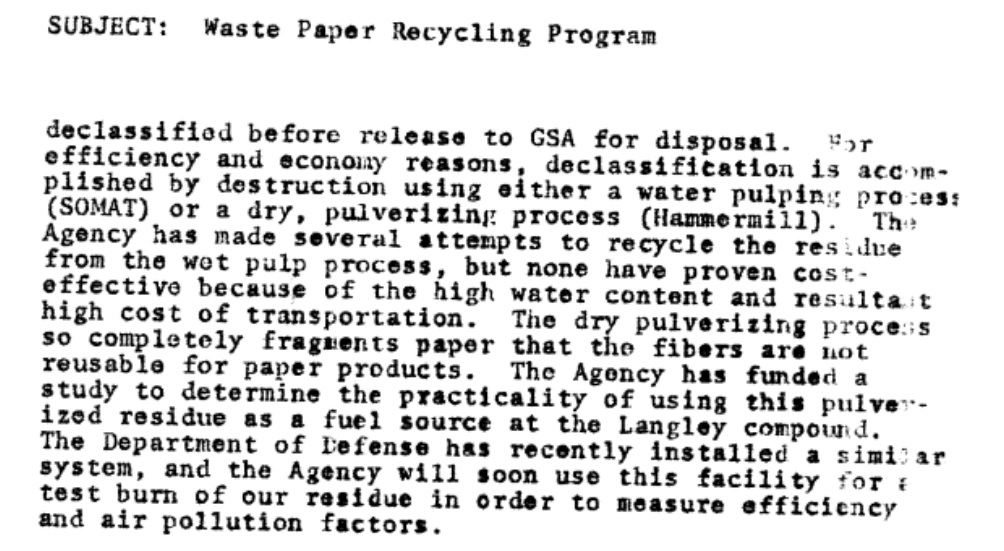 The official staff position was that the Agency was cooperating with GSA and waiting for them before implementing their recycling program in earnest. In the meantime, the Agency was looking into “a parallel program to use its declassified paper as an alternate fuel source” - in other words, CIA was looking for ways to destroy records under the banner of environmentalism.