In the 1970s, various government agencies were asked to look into the feasibility of using recycled paper. 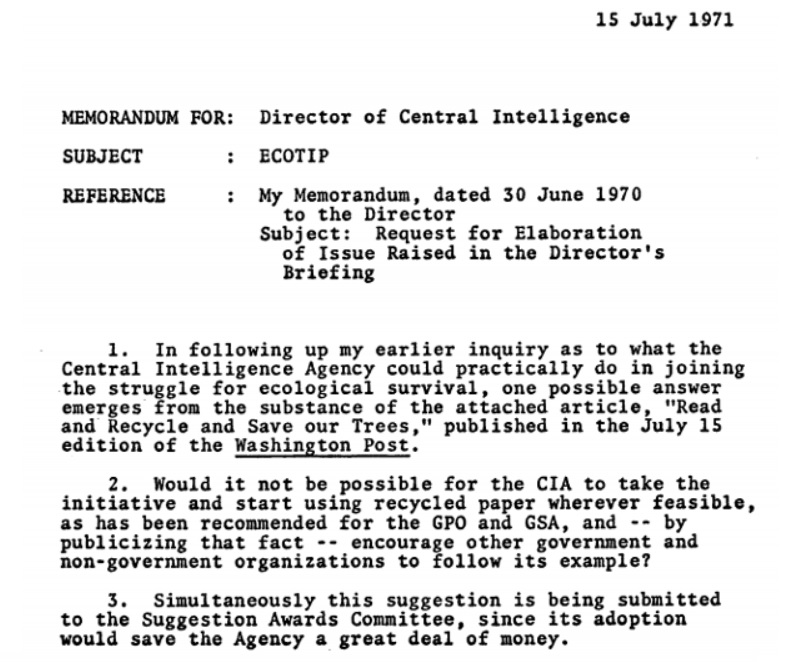 When the request was received at CIA, they were happy to report that they already did use recycled paper - in a way. After all, “20 percent of the fiber used in paper manufacturing today comes from the recycling of paper waste.”

The closest that Agency came to providing any evidence that the general statistic applied to CIA’s paper own stock at the time was the note that the Government Printing Office supplied CIA’s paper. The Agency also noted that the “GPO has no plans at this time to stock paper having a higher recycled content than the present 20 percent average.” The 15% of CIA’s paper requirements not filled by the GPO came from the Government Services Administration, which was increasingly using recycled products.

The Agency noted a number of reasons to not use recycled paper, however. One of the first examples given was the argument that recycled paper resulted in more pollution than cutting down new trees.

The next four reasons all related to the quality of recycled paper, which was limited at the time. 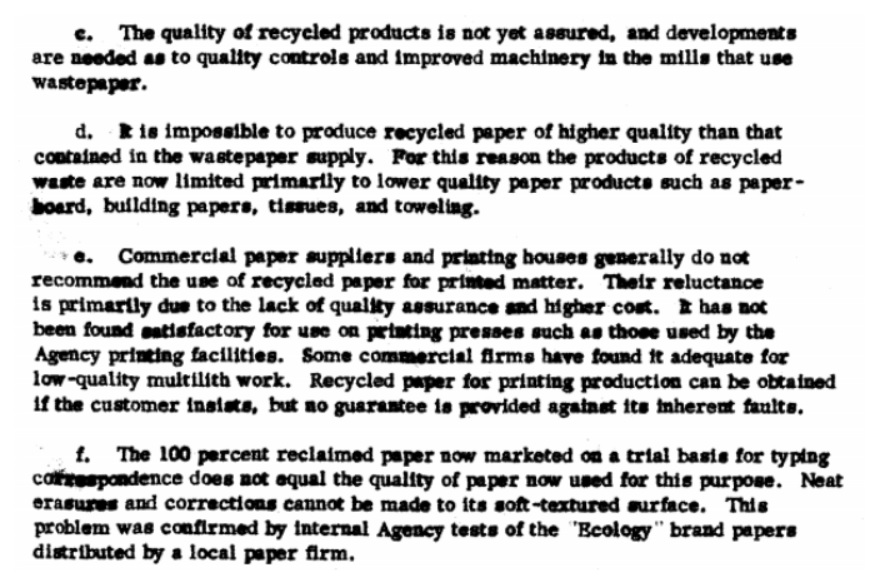 The Agency reasonably concluded that until these problems were overcome, they simply couldn’t commit to 100% use of recycled paper. However, CIA would keep abreast of the progress of research and development in this area and change their policy when appropriate.

Decades later and these problems no longer apply. With these barriers gone, CIA has indeed begun using recycled paper in at least some appropriate situations. For instance, before they were decommissioned, the Agency supplied commercial quality recycled paper for the CREST stations at the National Archives in College Park.