A considerable chunk of the CIA’s declassified archives consists of newspaper and magazine clippings. Some are stories relevant to Agency interests, others - typically critical - concern the CIA directly, and then there are the ones that don’t immediately make sense. 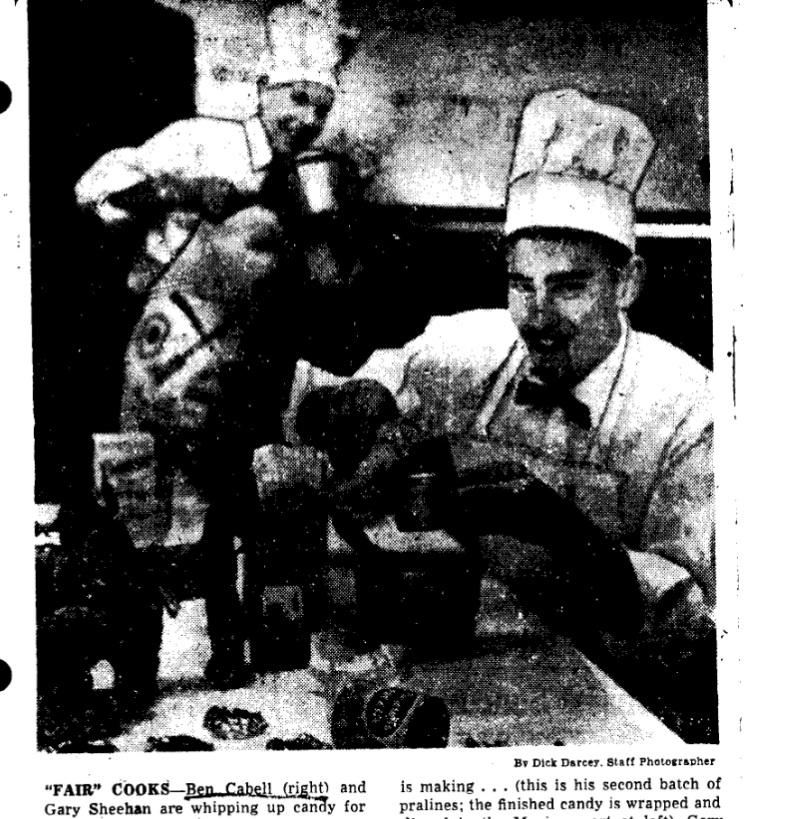 “BOYS ON CANDY-MAKING BINGE,” about two teens making sweets for the 1957 Gonzaga High School Fair, definitely falls under the latter. 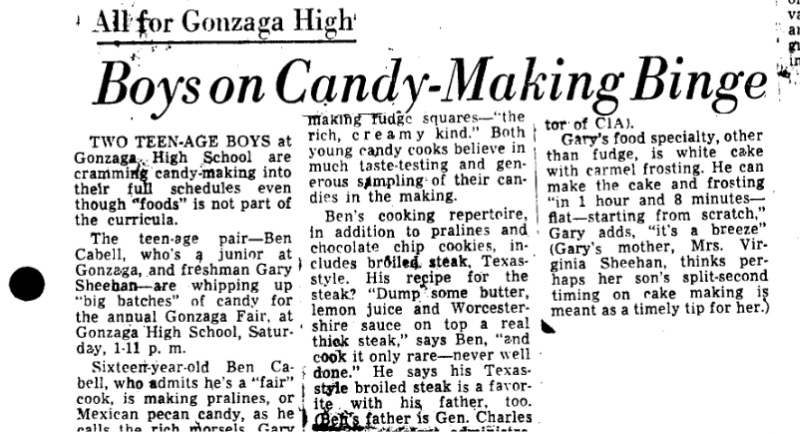 There are two clues as to the document’s (in)significance. First, one of the boys, Ben Cabell, has his name underlined. Second, clipped off by the scans but still readable, is the reveal that Ben’s dad is one General Charles Cabell - Deputy Director of the CIA.

And so, like any proud parent, General Caball kept a memento of his son’s brush with fame - except instead of sticking on his fridge, he made it a permanent - and, until 2007, classified - part of the Agency’s history.

Also included in the clipping are the teen’s recipes for pralines (referred to as Mexican Pecan candy in a very ’50s fashion) and fudge: 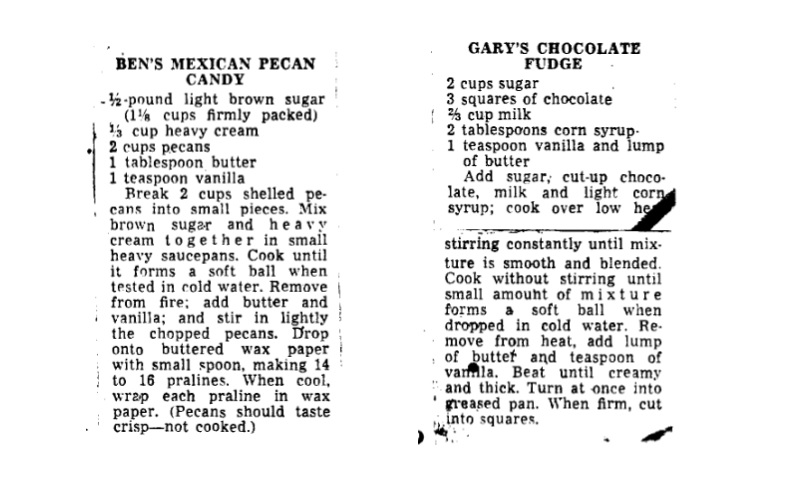 All we need now are those CIA cupcake recipes to come in, and we’ve got ourselves a bake sale.

The full clipping is embedded below: