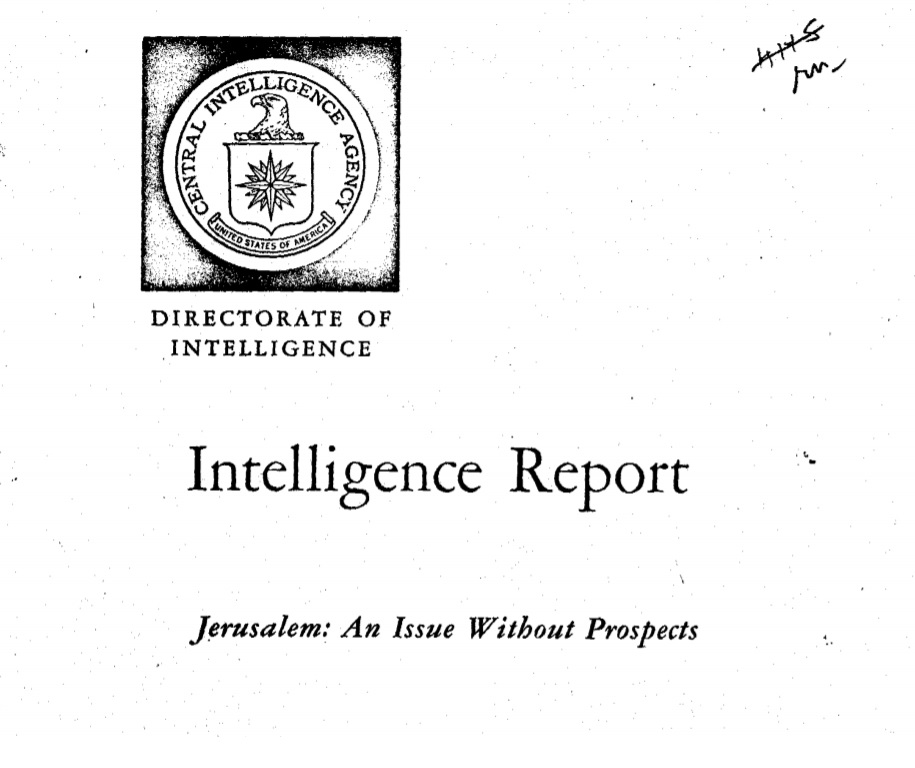 The report, discovered in the CIA’s declassified archives, had been sent in a memo to then-Secretary of State Henry Kissinger as a refresher on then-recent history of Jerusalem’s occupation. 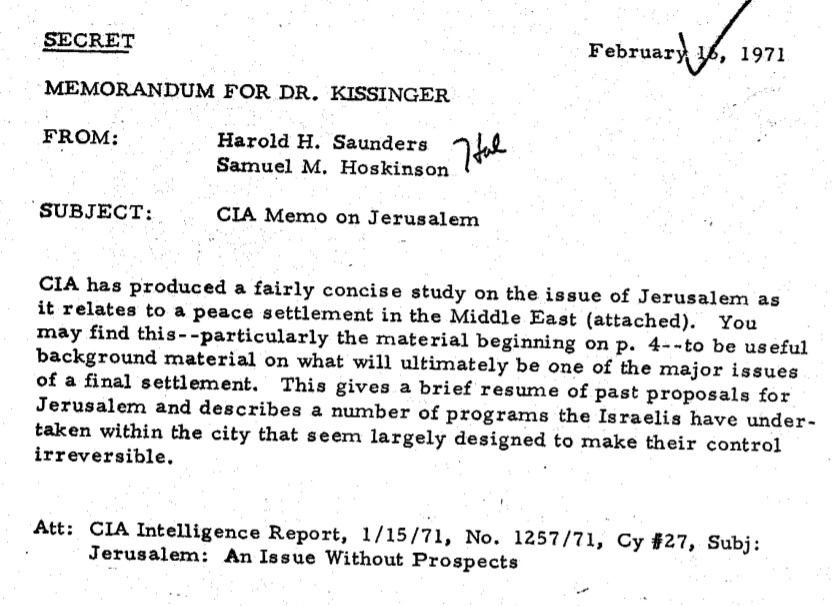 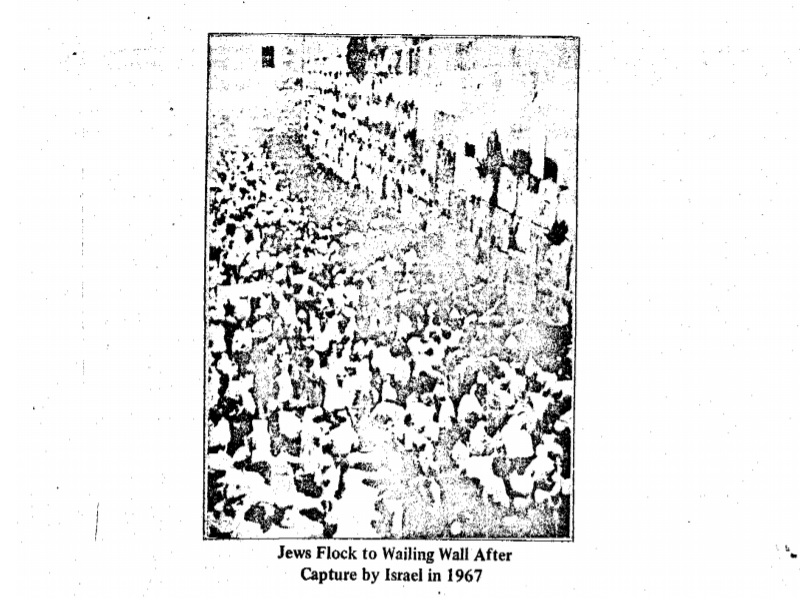 As one could glean from the title, the report was less than optimistic … 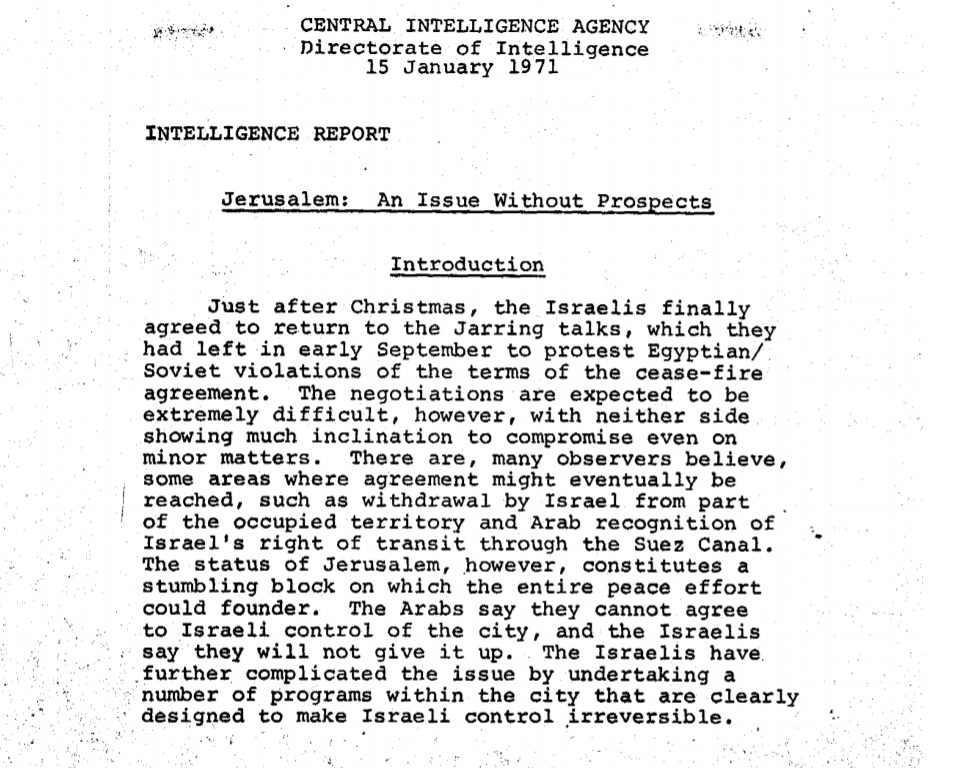 and comes to the rather glum conclusion that both sides seem “irreconcilable.” 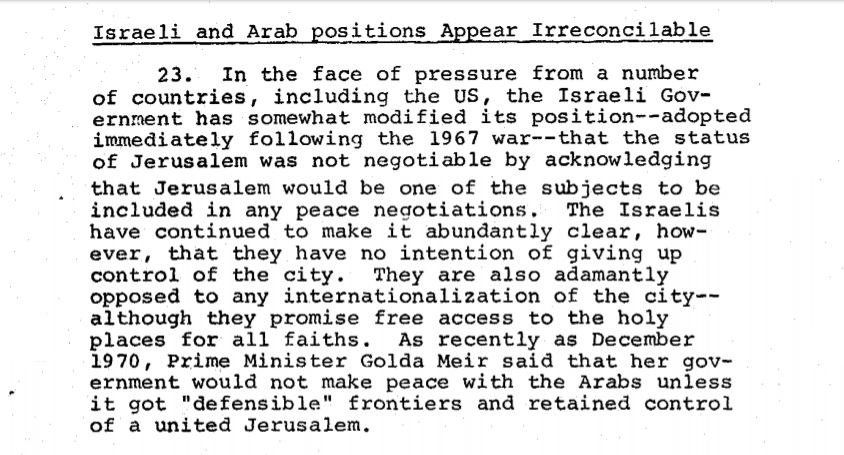 Though it’s worth noting that Palestinians aren’t even given the dignity of a side.

As for what the nameless analyst would make of this week’s curveball, that’s anybody’s guess. Read the full report embedded below.