James Baldwin’s unflinching critique of racial unrest in America - and the government’s role in perpetuating it - earned him a spot on several FBI watchlists and Bureau surveillance of his every move. However, Baldwin’s files show that on at least one occasion he was able to turn that scrutiny to his advantage.

In July of 1964, the FBI got ahold of a document which contained incontrovertible evidence of a plot against them - the latest issue of Playbill. 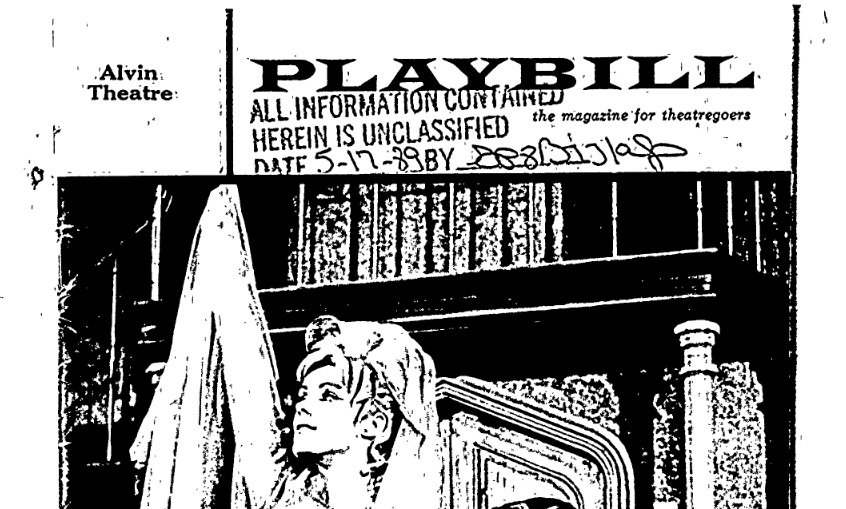 In it, Baldwin, fresh off his Broadway run of Blues for Mister Charlie, discussed future projects - which included, to the horror of the FBI, a book about the FBI.

The Bureau launched an immediate inquiry …

even looking into the feasibility of getting advanced copies.

As for why was the Bureau was so concerned about being the subject of Baldwin’s book, their reasoning is pretty easy to follow - Baldwin’s books got read.

When Hoover himself was informed of the project, his response was characteristically curt - “Isn’t Baldwin a well-known pervert?”

This being Hoover’s FBI, that was not a rhetorical question, and it launched an additional inquiry in the nature of Baldwin’s “perversion.”

the Bureau is less interested in the psychosexual politics of national identity and more in a pervert/not-pervert binary.

Whatever the FBI planned on doing with this information, it all ultimately proved rather moot - Baldwin never wrote the book, and there’s strong evidence he never planned to.

Supporting this is a report from an informant in the New York literary scene. Baldwin, when pressed about the project, does indeed sound like a monitored man having a bit of fun at his monitor’s expense.

As for the Bureau, they continued to try and get their hands on an advance copy - while Baldwin, for his part, continued not to write it.

Read the full file embedded below, or the request page.