In response to a request by user Will Green, the FCC released the last three years of complaints regarding the “Adult Swim” cable network. Hot topics for controversy included blasphemy and brown paper bags. 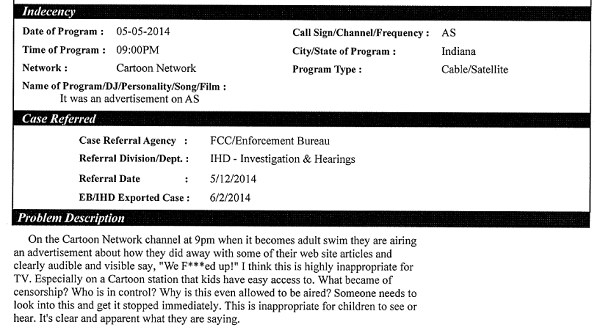 A majority of the complaints are about specific shows, with those containing religious themes, such as Mr. Pickles … 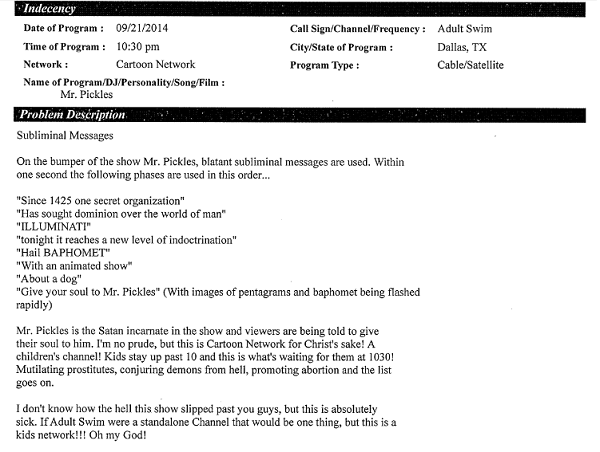 Including one complaint from somebody billing themselves as “The Urban Entity,” who is ready to bring this issue straight to the top if they have to: 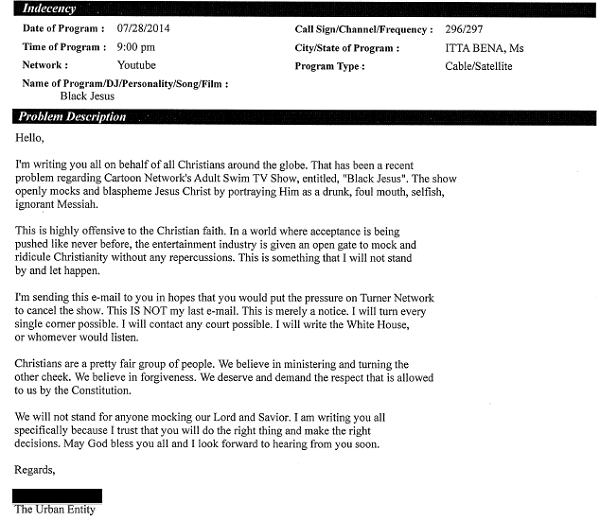 Even some of the more PG offerings from Cartoon Network still managed to ruffle some feathers, with Regular Show getting blasted for its unacceptable use of brown paper bags: 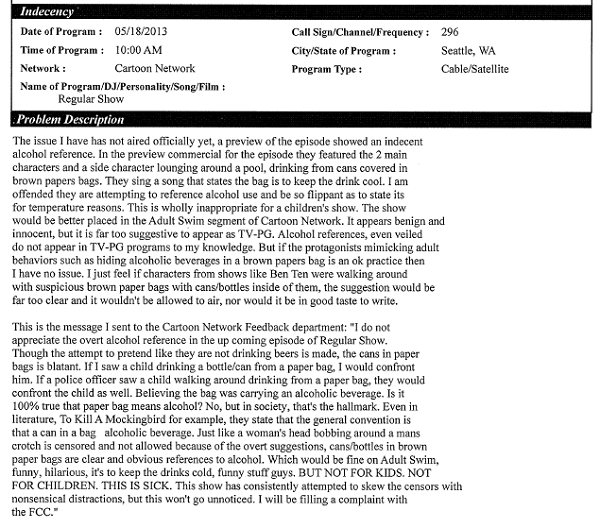 And in a rare example of a reverse FCC complaint, one irate viewer invokes his constitutional right to hear cartoons swear.

Read the full complaints embedded below or on the request page.