Way back in 2014, I wrote about how absurd it is that the Harvard University Police Department here in Cambridge, Massachusetts claims a blanket exemption from the state’s public records laws as a private entity, despite its officers being deputized.

That same year, my colleague Sarah Cadorette came up with a clever workaround of asking the Cambridge Police Department for emails they had received from the HUPD, under the assumption that the two agencies would have been bound to have shared something interesting. Some speculative evidence that that was, indeed, true, was that Cambridge City Hall, which handles requests for the CPD, responded that such a request would cost a little over nine thousand dollars in processing and reproduction costs.

We eventually narrowed the request down enough to get the price down to a few thousand, then opened it to crowdfund. That started to draw a fair amount of attention, including skepticism to the clerk’s claim that they would have to print out seven thousand pages of emails in order to process the request. Cambridge City Council sat down with Cadorette and myself about ways to potentially automate or streamline the public records process, but those talks went nowhere, and ultimately more pressing concerns took precedence, as more pressing concerns tend to do. The request was withdrawn, and the emails remained hidden from public view.

Flash forward to June of this year. A few months earlier I had worked with a local organization to get emails from the Cambridge City Council, and was pleasantly surprised by how relatively painless the process had been - the records had been produced electronically, at no cost, in just a matter of weeks. My own departure from MuckRock rapidly approaching (hire me), I fired up my itemized list of white whales. Right there at the top was the HUPD. Limiting the scope to emails between the CPC and HUPD for a single week, I fired off my request, genuinely curious what I’d get back if anything.

As I probably should have expected, I got a bill.

The city wanted $125 for the emails, which while considerably more than the $0 I had paid previously, was also considerably less than the $3,648 that had kicked off this whole thing. Not too keen on the extra time a crowdfund would take, I asked MuckRock’s own Michael Morisy if we could pay for it through the discretionary fund we have for these occasions. He asked me if I thought it’d be worth it, and I said yes, and so we cut Cambridge a check.

A couple of months later, just shy of five years after the initial request, I get my week’s worth of emails between CPD and HUPD, and it turns out … I had thought wrong. They were very much not worth it. While it was interesting to finally get to see a HUPD incident report (complete with an “Affiliation” field) …

a couple of automotive accidents aren’t exactly the most climactic conclusion to a half-decade held transparency grudge.

So, I tabled the records for a few weeks, and then, in the spirit of Khan Noonien Singh, decided I’d give them another stab. That’s when I noticed that one of the emails, which appeared to consist entirely of a single JPEG, was showing up blank in the Adobe Acrobat Format. Fortunately, Cambridge had also provided the emails in MSG format, which I was then able to convert to EML. Which resulted in … 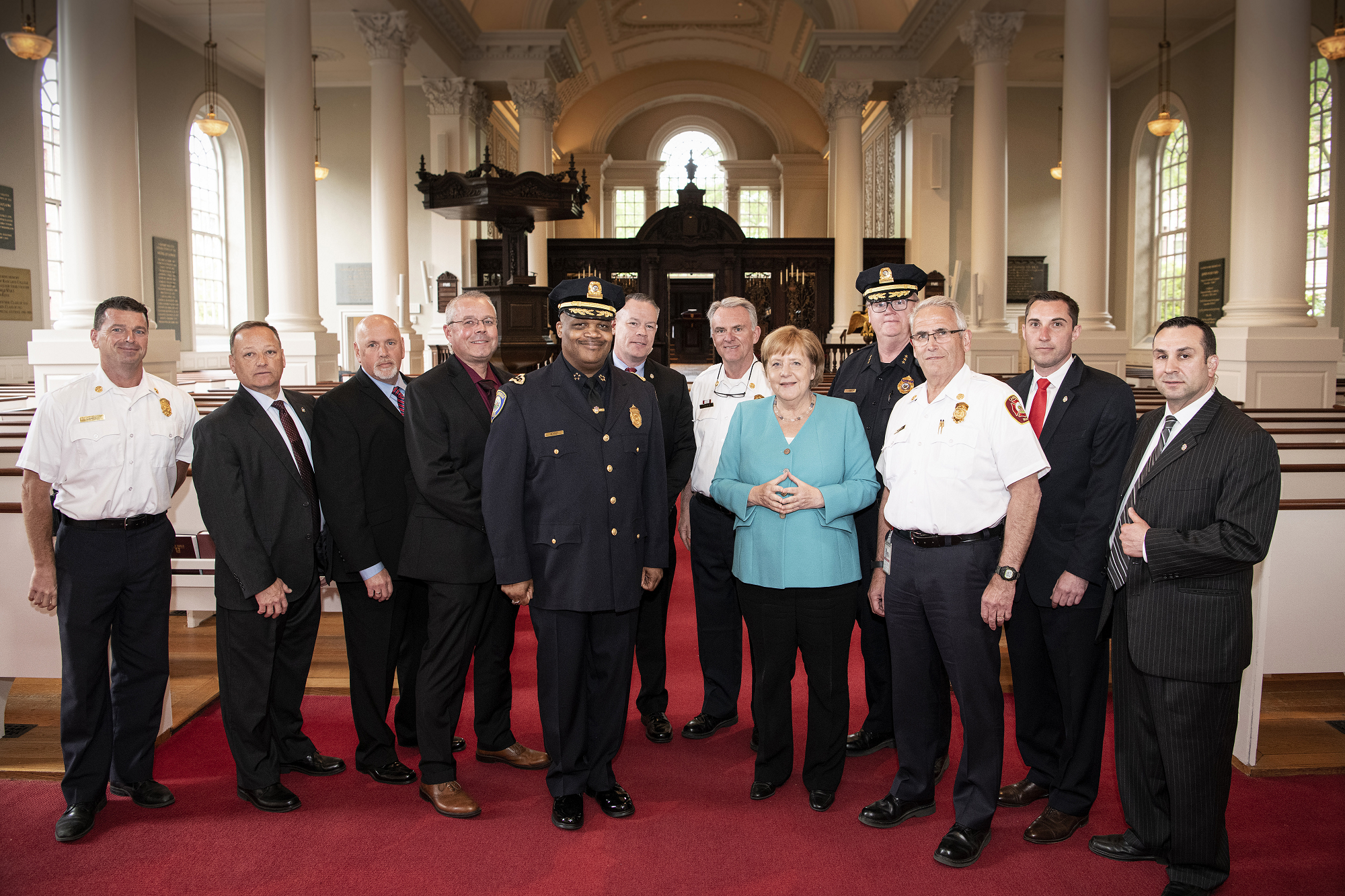 a photo of CPD and HUPD staff posing with German Chancellor (and Harvard Class of 2019 Commencement Speaker) Angela Merkel.

Heck, the resolution of the photo they provided was pretty decent, so why not zoom in?

Boom! Hi-res Merkel-Raute, now made available to the general public for the low, low cost of $125 and a couple months of effort … give or take a few years and thousands of dollars.

All kidding aside, that photo is the product of the collective effort of a surprising number of people over a not inconsiderable amount of time. In an ideal world (or a state with stronger public records laws) it would not be that way, but it is, so we just have to live with it. Use it in place of one of those stupidly expensive Alamy photos, kick off a new Merkel meme, photoshop in a confused-looking John Travolta, whatever! Just do something with it. Our work may have been in vain, sure, but at least we can have fun with it.

A direct link to the photo is embedded below.

Any email correspondence between police officials and NSA

Jasper Craven sent this request to the Harvard University Police of Cambridge, MA

JPat Brown sent this request to the Cambridge City Clerk of Cambridge, MA

Sarah Cadorette sent this request to the Cambridge City Clerk of Cambridge, MA