Despite arguing that they cannot confirm their interest in any of the darknet markets cited, the Bureau’s website contains numerous press releases that not only confirm, but boast about the investigations. 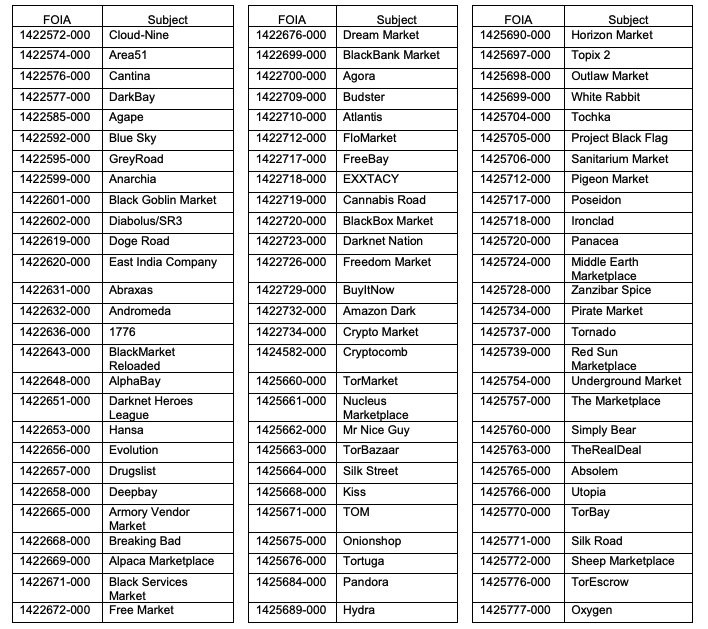 One press release alone confirms the Bureau’s interest in and seizure of the darknet markets Blue Sky, Cloud Nine, Hydra and Pandora, all of which the Bureau included in its GLOMAR.

Other markets, such as AlphaBay, are acknowledged in Congressional testimony, an official FBI podcast, a press release from the Department of Justice, and a featured story on FBI’s website. In light of the FBI’s assertion that acknowledging any interest in this case would enable criminals to circumvent the law, it is only possible to conclude that the Bureau either acted in bad faith, incompetently, or is helping criminals avoid arrest and prosecution. The Bureau’s interest in AlphaBay is also described in an Inspector General report. 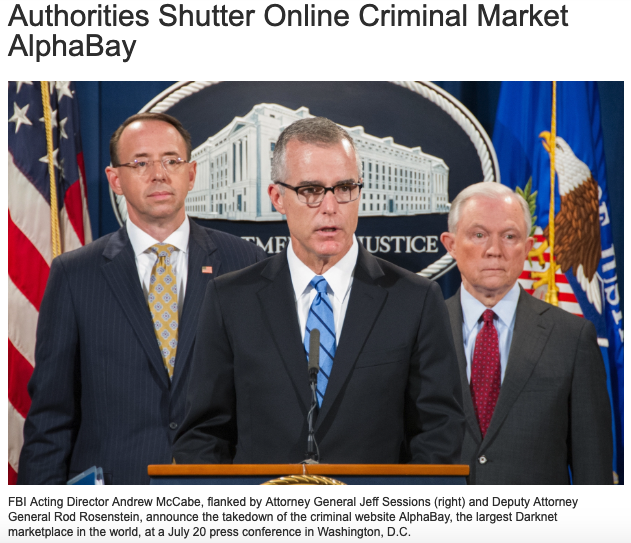 If you know the specific identity of any of the other dozens of acknowledged instances of the FBI’s interest in darknet markets, let us know. Until then, MuckRock has appealed the Bureau’s response, and you can read the Bureau’s absurd rejection letter below.

One of the dark web’s biggest online retailers of drugs and fake credit cards has permanently closed down. That could be a bad thing.