Nothing takes the edge off simulating a toxic chemical spill like zombies, as Ohio emergency responders discovered in 2011. Following in the Center for Disease Control’s footsteps, EMS personnel in Delaware County raised the undead. Hundreds of zombie-volunteers attended, and the ensuing “Zombie Crisis Hazmat Exercise” produced a slew of public documents, ranging from chuckle-worthy to actually terrifying. The documents are just a small part of the public record on government zombie training exercises, which spans a surprising range of agencies and locations. 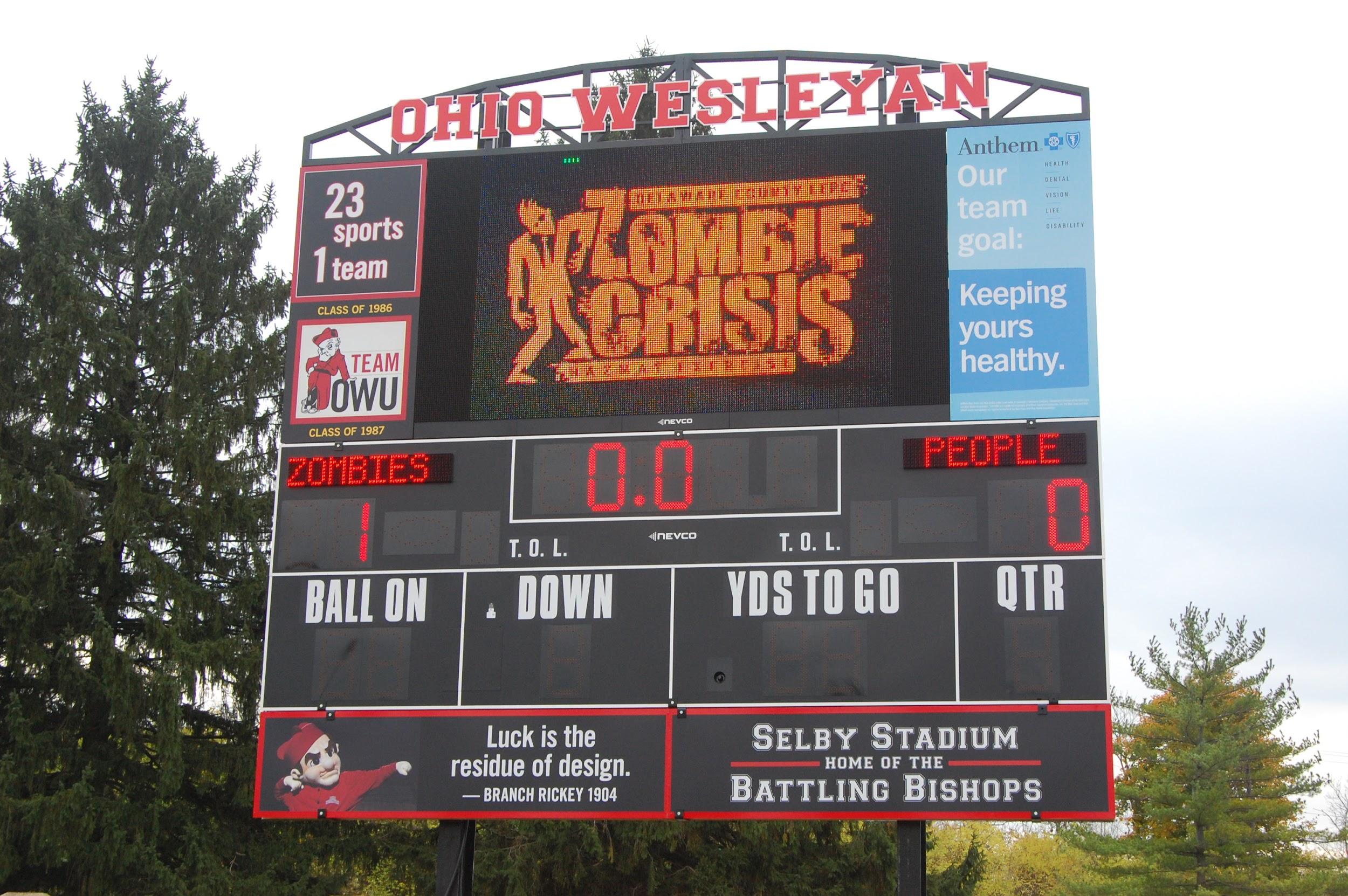 In response to an Ohio Open Records Law request from William Pierce about the 2011 exercise, The Delaware County Office of Emergency Management furnished a surprisingly comprehensive cache of documents - emails, photos, and planning memos - to MuckRock.

In one email to local business owners, an official at Delaware County’s Office of the Homeland explained his agency’s exercise:

At first glimpse, this looks like more fun than training (we do plan on having fun); but that is not the case. The situation will require close attention to scene control, cross contamination, and decon[tamination]. For example if personnel, including first responders, enter an area with the chemical will be turned into zombies if not wearing the appropriate PPE [personal protective equipment] … Also if zombies touch responders without appropriate PPE, the responders will be turned.

Another important facet of the exercise is that of participation. Exercises in the past we have been lucky to have 20 victims. … The word “Hazmat” just does not carry the same excitement as “Zombie”. On a whole, it really is a hazmat exercise; however, by doing this on Halloween, allowing some fun, and incorporating zombies we hope to have over 200 people. If we can achieve these numbers, we will surely test the Hazmat team in ways never previously tested.

The Delaware County exercise involved dousing zombies, who presumably knew what they were signing up for, with water, a technique used to decontaminate a group of individuals after a chemical spill. 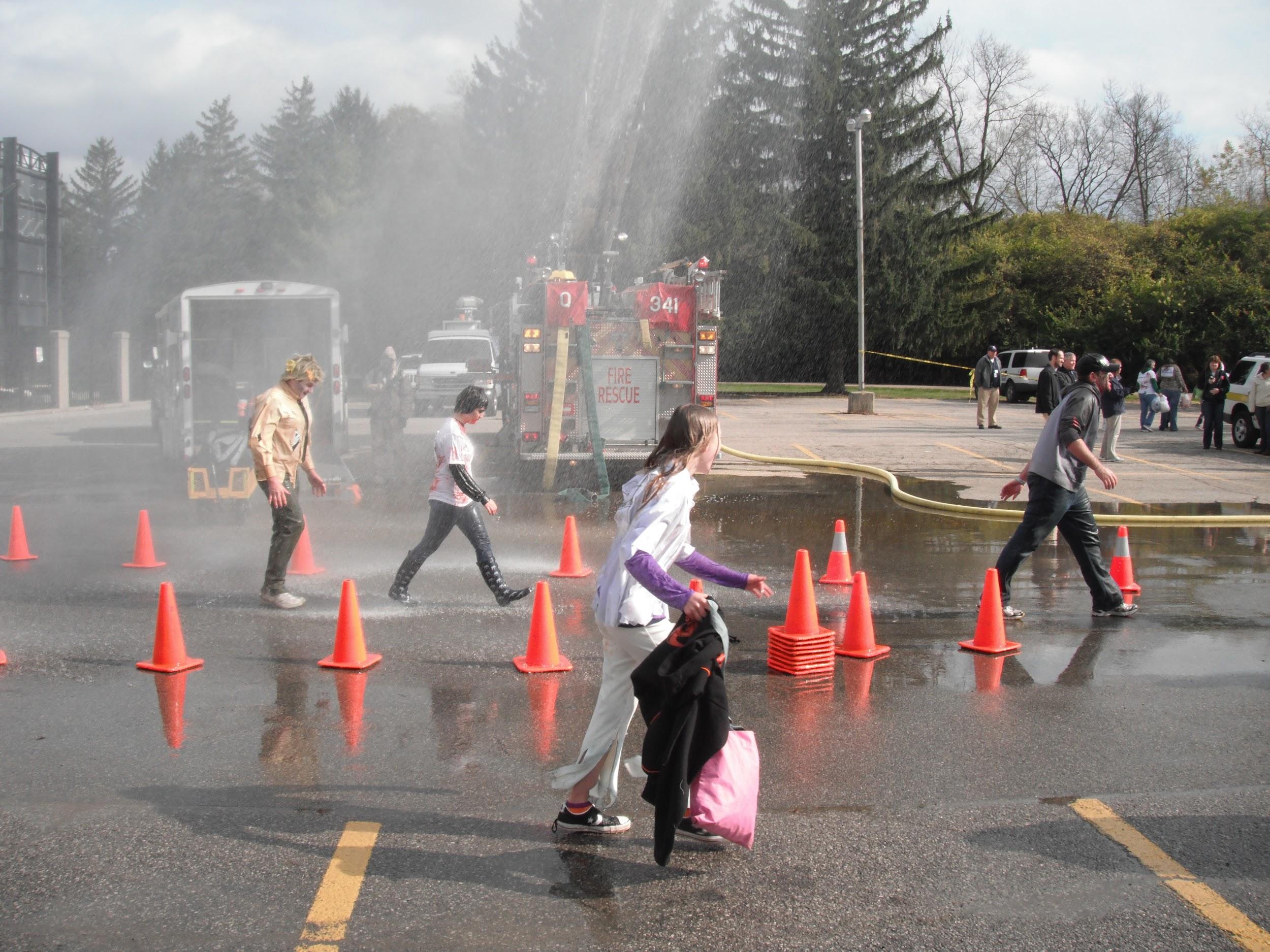 The ‘Best in Show’ zombies received commemorative plaques for their participation in the drills, judged by criteria that included “minus points if not appropriate for [ages] 8 and up.”

while others were in it mainly for the laughs. 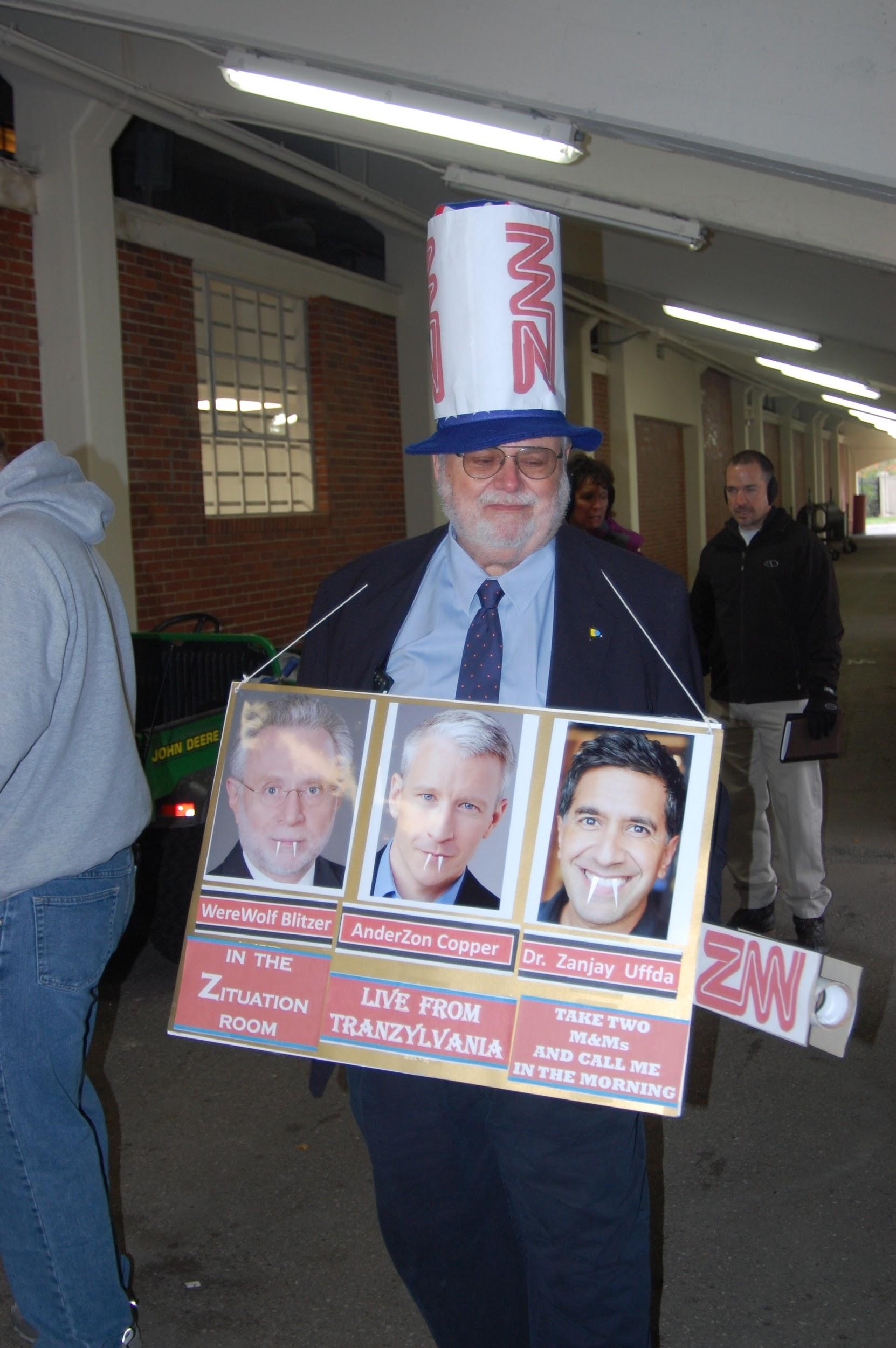 Delaware County’s zombie crisis proved a novel means to attract volunteers to drills for emergency situations that are analogous to a zombie outbreak. The use of zombies in EMS and law enforcement training exercises becomes significantly less whimsical, however, when the undead are paid actors in counter-terrorism drills sponsored by the Department of Homeland Security and put on by private national security firms.

In 2012, FEMA grant money went to armed forces and law enforcement personnel attending the HALO Corporation Counter Terrorism Summit in San Diego. HALO Corp, a private company founded by former military and intelligence officials, advertised a Hollywood-style zombie attack put on for attendees. “This is not some type of big costume party,” said Brad Barker, HALO Corp’s president, to NBC Channel 7 in San Diego. “It just happens to be the bad guys we’re having a little fun with.”

In a promotional video for the summit, Barkers says the event will prepare law enforcement and special operations personnel for the “most current and relevant threats against the United States.” The survivalist organization/zombie-inflected gun club Z.E.R.T. was in attendance and produced a video of the zombie exercise, which ends jarringly with the tagline “zombies eliminated, women impregnated.”

Senator Tom Coburn of Oklahoma, a member of the Homeland Security and Governmental Affairs Committee, wasn’t amused. In a 54-page report from December of 2012 he blasted the “misguided and wasteful spending” of the Urban Area Security Initiative, the grant program that allowed officials to observe the zombie simulation in San Diego. Coburn’s report notes, with disgust, that the zombie exercise was put on “utilizing Hollywood magic … in a parking lot-sized movie set [with] state-of-the-art structures, pyrotechnic battlefield effects, medical special effects, vehicles and blank-firing weapons.”

If zombie involvement in counter terrorism drills funded by the public dime leaves a bad taste in your mouth, worry not. Zombie crisis volunteers remain pure in Ohio under the care of the International Police Mountain Biking Association (IPMBA). During the organization’s June 2017 conference, volunteer-zombies helped bike cops in crowd control drills. The IPMBA may have also inadvertently created an entirely new branch of zombie lore by asking volunteers to pelt police officers with empty water bottles and insults while they biked through an obstacle course. The water-bottle-throwing-undead performed admirably.

Know of a zombie exercise near you? Let us know via the form below!