In early 1984, then Director of the Central Intelligence Agency William Casey kicked off the “Pursuit of Excellence” campaign, which encouraged Agency employees to be the best they can at what they do.

But before they could do that, they first had to figure out what, exactly, the CIA should be doing. To that end, a month prior, a group of Agency staff gathered for a four hour discussion on the Agency’s goals. Unsurprising to any one who has participated in an office team-building exercise, the reception was mixed.

the conversation grew surprisingly frank as the hours drew on. At one point, the topic of covert action came up, and an “animated discussion” broke out between “idealists” who felt the CIA should only be engaged in passive intelligence gathering … 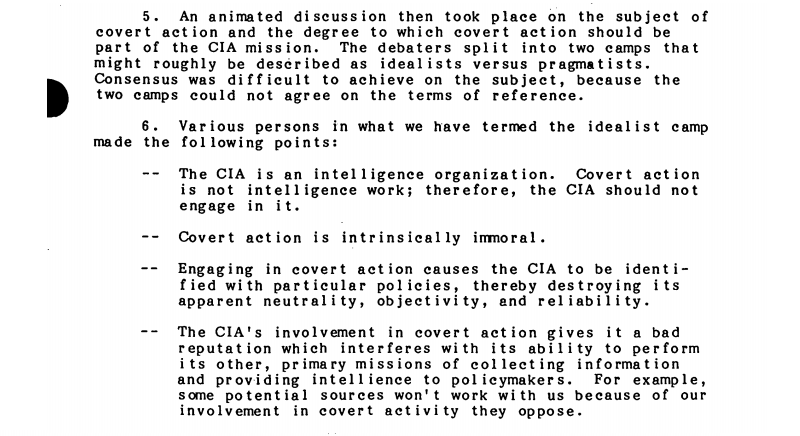 and “pragmatists” who argued that the Agency had no choice but to take a more active role. 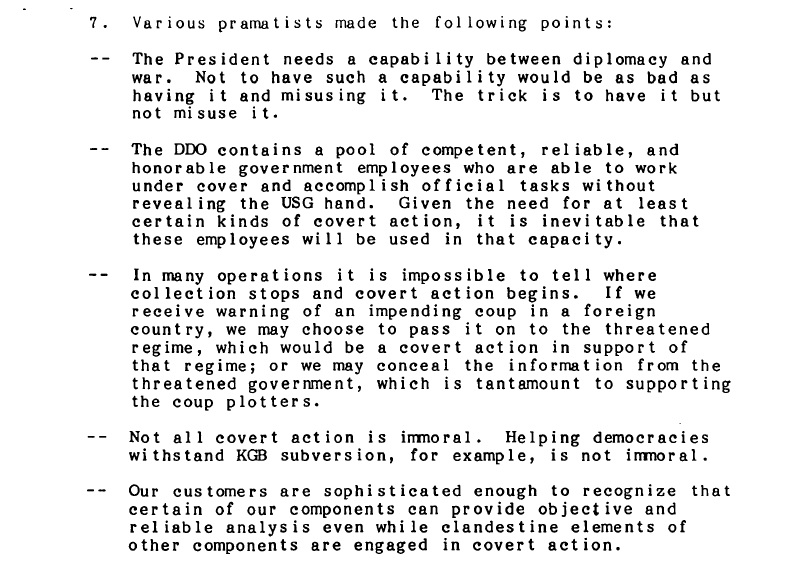 Going off the labels assigned to the two camps, it’s not hard to guess where the sympathies of the author of the report lie.

But perhaps the frankest admission was also the most ironic - sandwiched between teamspeak fluff on standards and excellence - was the rather shocking commitment to “Continue to fight to abolish FOIA.”

While the CIA’s opposition to FOIA has been extensively documented throughout this project, it’s rare to see the matter discussed in such explicit terms. The fact that it was a single line in a document that had only been declassified in 2010, and even then only made public last year as a result of our three year lawsuit, is a testament to the Agency’s commitment to keeping its history hidden … 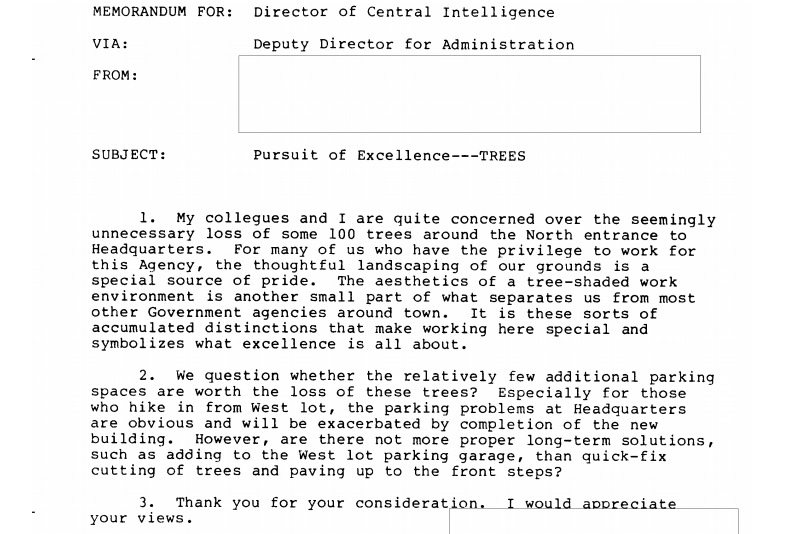 Read the full discussion embedded below: