In late 1981, the U.S. Secret Service needed help locating someone. Unable to find the A-Team, they turned to the government psychics in Army Intelligence.

It’s unclear what prompted the USSS’ request for help, but it resulted in those psychics trying to look forward in time to find the person. In the course of several sessions, they made several predictions - one involving a nuclear bomb, and another with a political shooting. When the forecasted events didn’t happen, INSCOM pointed out that it could have been the butterfly effect, not bad intelligence.

Despite those reassurances, there appear to be several contradictions in the reports given by the psychics. Both working off of a photograph to attempt to locate a person, neither reported finding someone that resembled the photograph. The drawings they produced are also both markedly different. 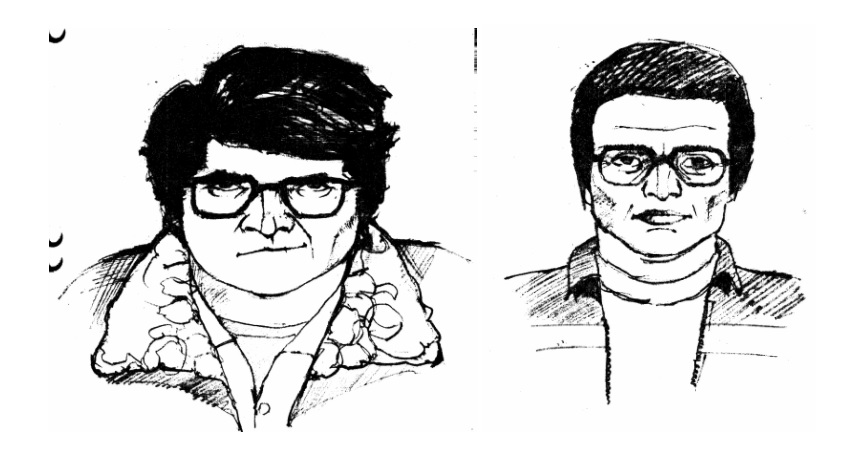 As well as two different descriptions, neither of which matched the photograph.

In one instance he looked “less than more” like the photo.

A number of sessions were conducted, with some more interesting than others. In one, a psychic reported a facility that was working to produce a nuclear bomb.

Another reported a scheme involving three or four parties and up to twenty people, resulting in “multiple incidents.” 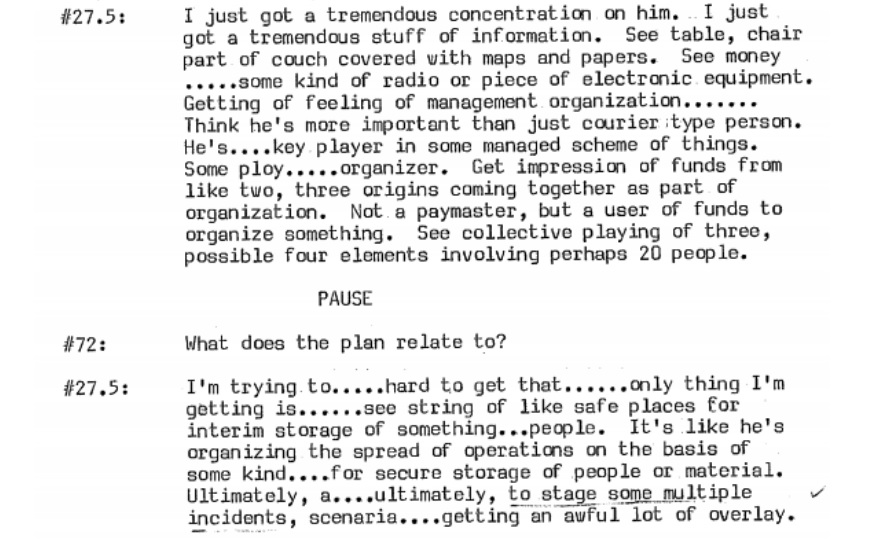 The same session offered an armchair diagnosis based off an apparent psychic impression. 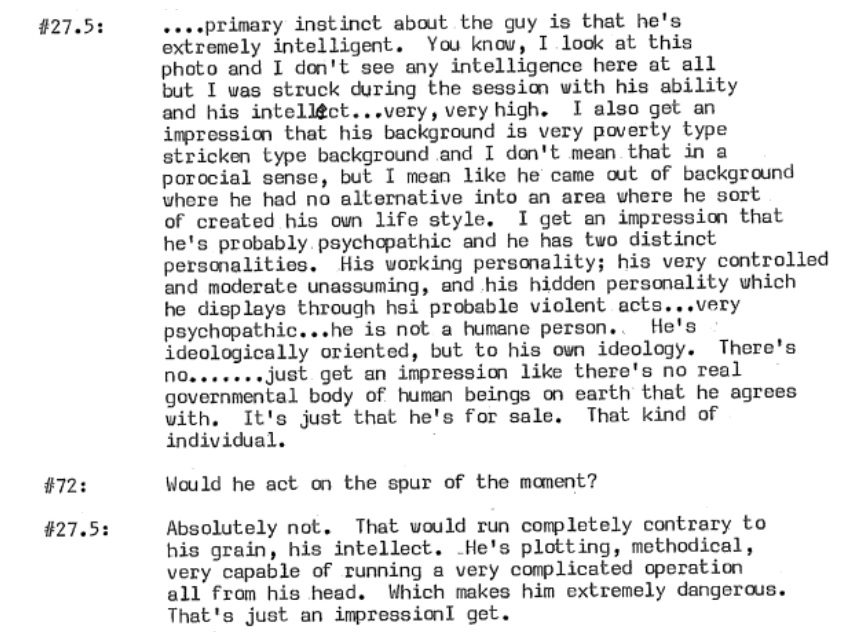 Another session reported a cache of guns.

Another felt the person was trying to “cultivate a contact in the radical youth group.”

The same session predicted the man using a pistol with a silencer.

The target was apparently a political Middle Eastern reception. 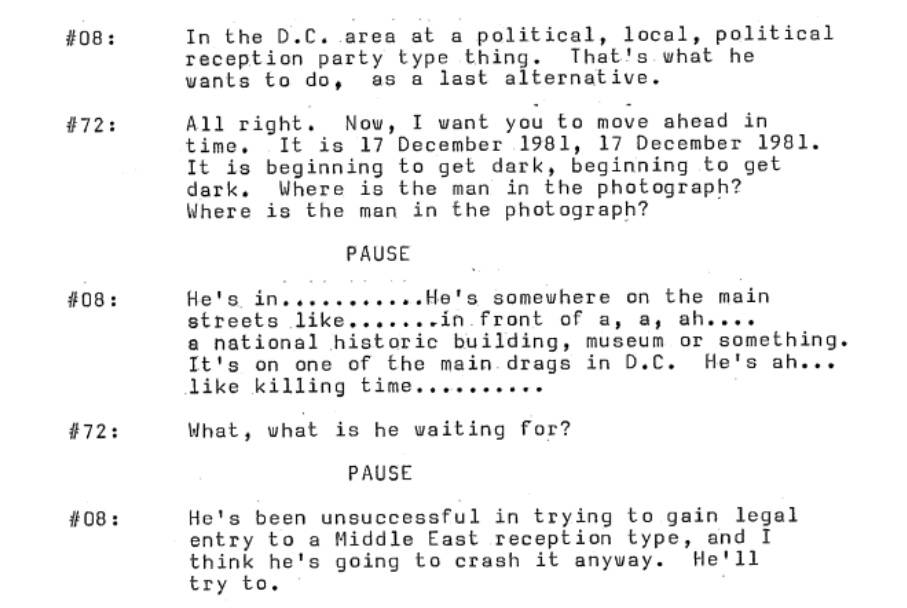 Contradicting a previous session, this one resulted in a report that the person was making their plan up as they went.

At least two “final project evaluation forms” were filled out for the effort, dubbed Project 8124. One of the reports claims that the information “was partially verified.” However, the “bottom line is that subject was not located.” They argued, however, that this didn’t mean that either the source or technique had “no potential value.” The problem “may not lie in the accuracy and reliability of the data, but in our interpretation of the data.”

Based on the declassified documents, their interpretation of the data involved cherry picking sections of the reports and putting them next to pictures for an apparent report. Some of the same photographs were included in the interim report given to the USSS.

The other report, signed by Army Major John Bryant, Jr., notes that “although much of the information … was quite specific, it was impossible to determine if it was, in fact, accurate.” However, “other intelligence would certainly seem to confirm it.” What this “other intelligence” was isn’t discussed in the Project 8124 documents, though it could easily be the photographs which were synced up with the reports. The report has a handwritten note conceding that “the event forecasted did not occur.” This didn’t mean that the information was inaccurate, however - unspecified actions taken by the U.S. Government might have indirectly prevented it.

This essentially argued one of two things. The first was that the psychics had been accurate, but they were thwarted by the butterfly effect. The second, not mutually exclusive, argument was that by merely predicting the attack, the psychics had thwarted it. If their predictions could be matched to reality, that proved their accuracy. If their predictions were incongruent with the events that actually transpired, it’s because the psychics were just that good.

You can see the ‘picture book’ report below.