In a collection of materials thousands of pages long that span the period from the late ’40s through the early ’00s, the Federal Bureau of Investigation file of Cartha “Deke” DeLoach, once the third man-in-charge at the agency - behind J. Edgar Hoover himself and right-hand Clyde Tolson - has plenty of correspondence and warm words between the notorious Bureau Bossman and the one who headed its investigation into Martin Luther King, Jr.’s assassination, but it has almost nothing to say about the renowned civil rights leader or the year he died.

Broken into six parts and also available on the FBI vault, the only materials from 1968, the year of MLK Jr.’s death, are related to the agent’s physical fitness … 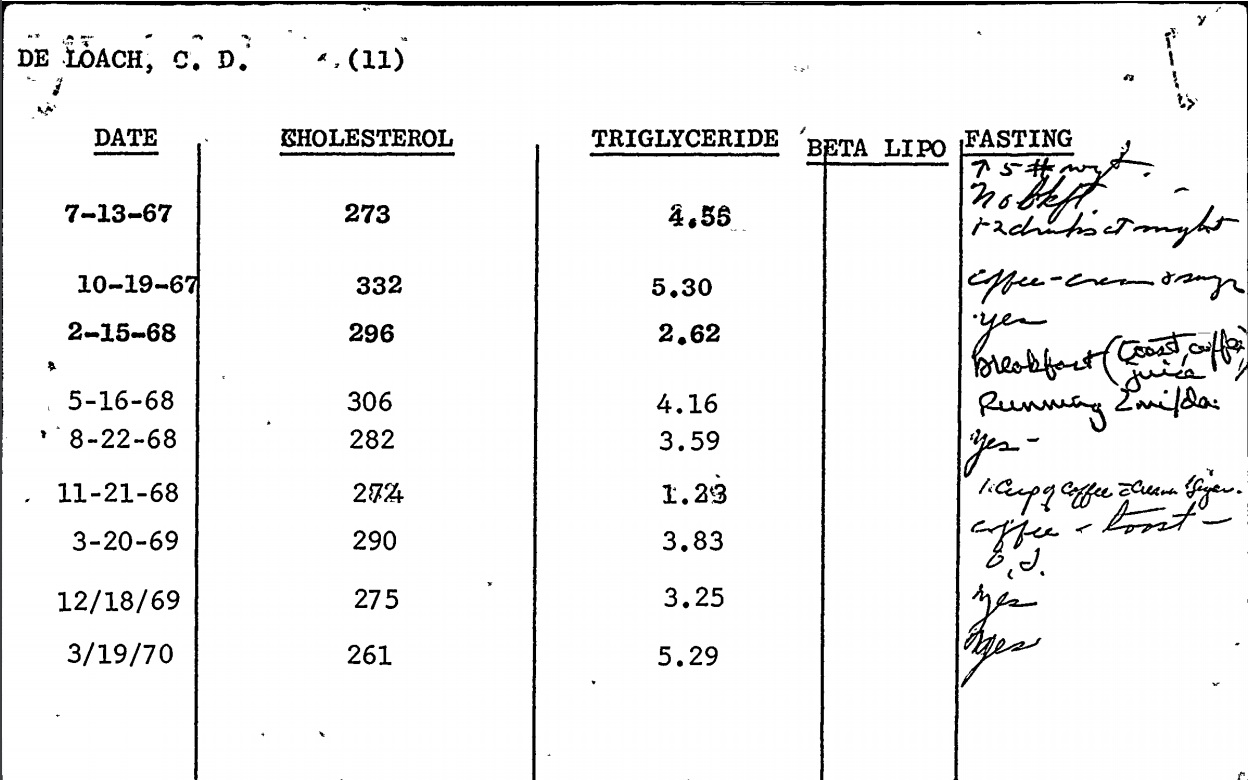 or include commendations for his handling of the James Earl Ray investigation. 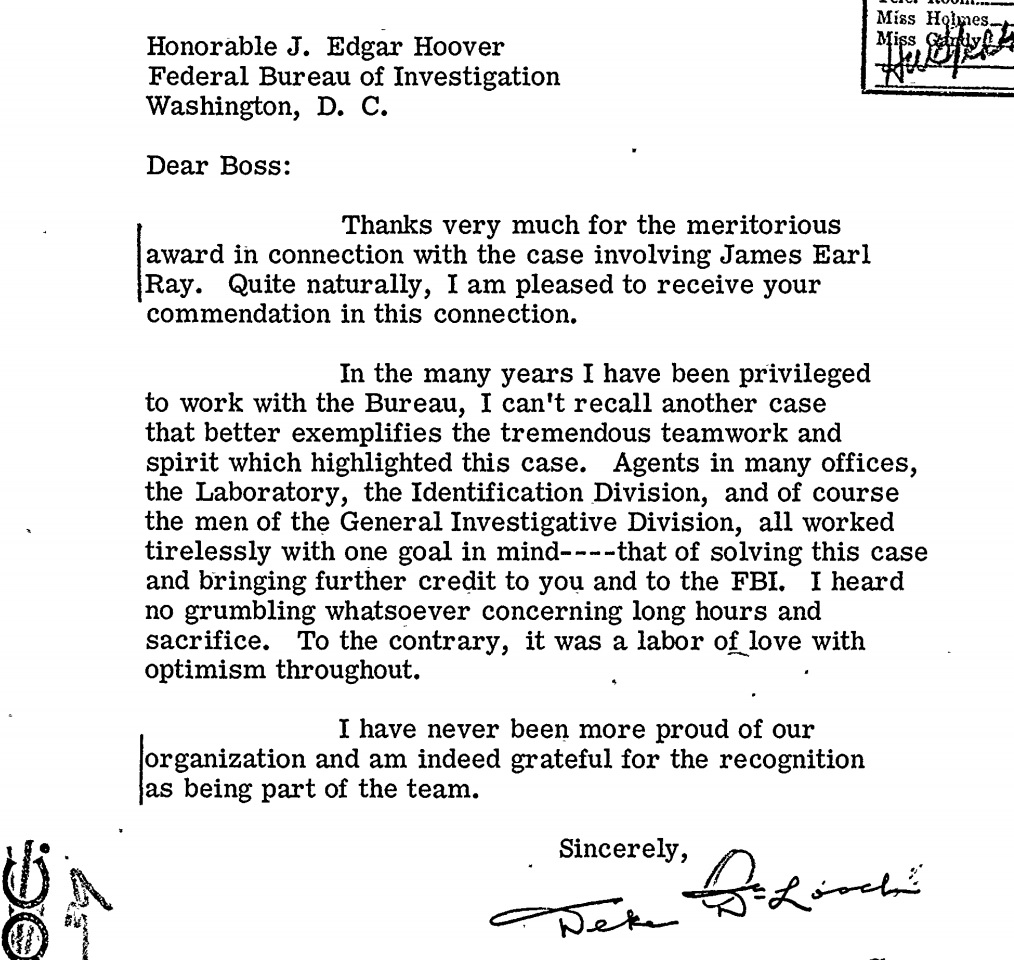 Other mentions of the famous leader have been removed from the file, according to court orders in Bernard S. Lee v. Clarence M. Kelley and Southern Christian Leadership v. Clarence M. Kelley, which were related to the extreme surveillance and blackmail of MLK by the Bureau itself as part of COINTELPRO, an effort in which DeLoach was heavily-involved. Records-wise, the outcome involved passing off the FBI surveillance materials to the National Archives and Records Administration to hold under lock-and-key for another 50 years. 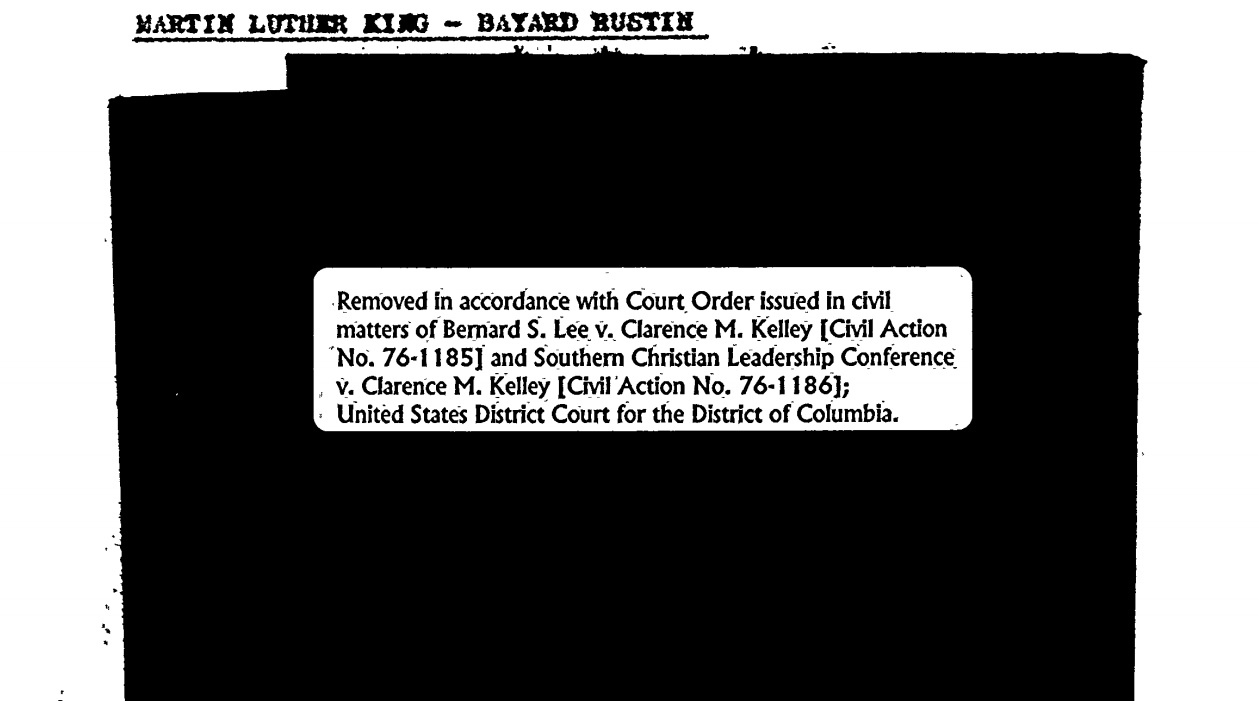 The file extends well beyond DeLoach’s retirement from the Bureau in 1970, featuring materials from the next 30 years, including a letter related to the man’s application for a concealed weapon at the age of 82. 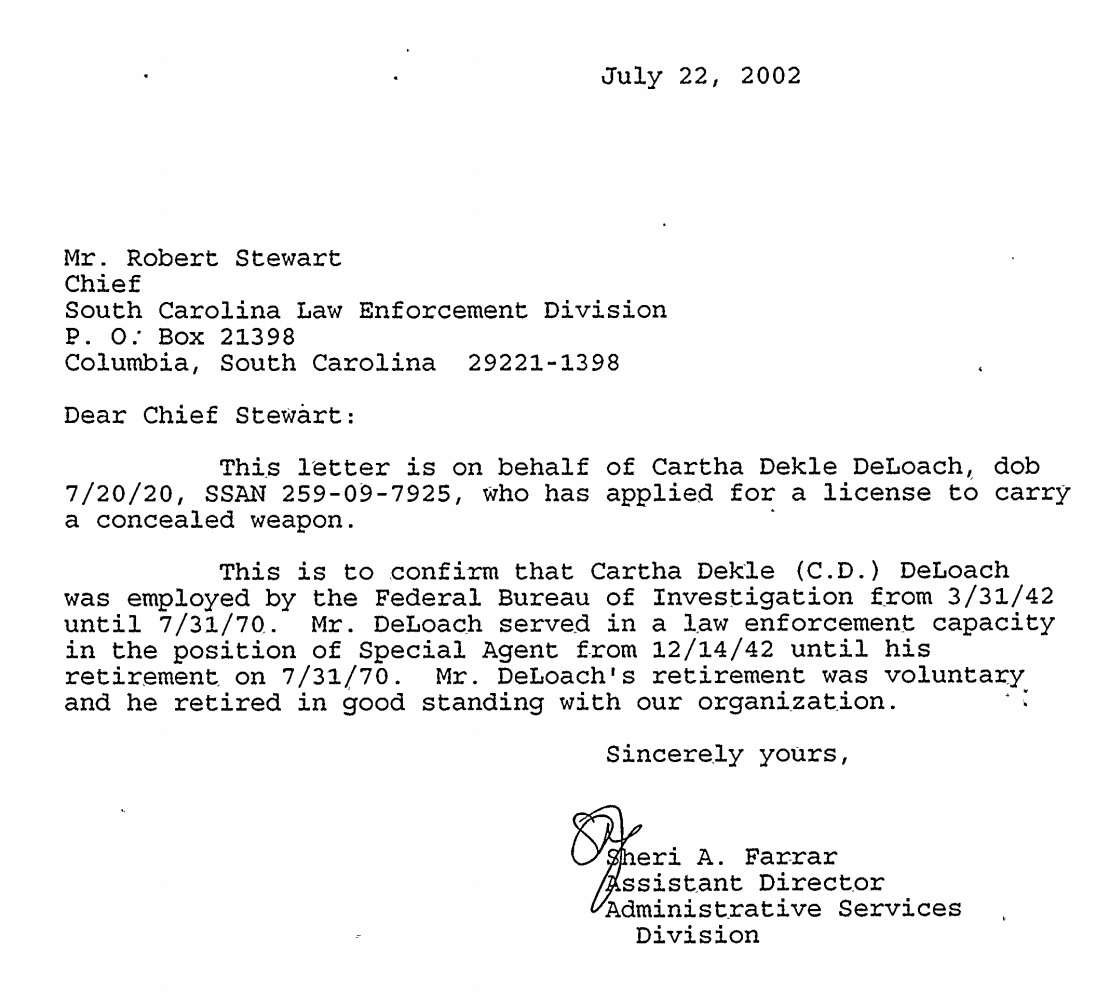 Read the final part of DeLoach’s FBI file embedded below, and the rest on the request page.

Image by via FBI.gov