In January of 1977, FBI director Clarence M. Kelley received a much-anticipated memo from the Office of Professional Responsibility, informing him that the Martin Luther King Task Force had had completed its investigation. 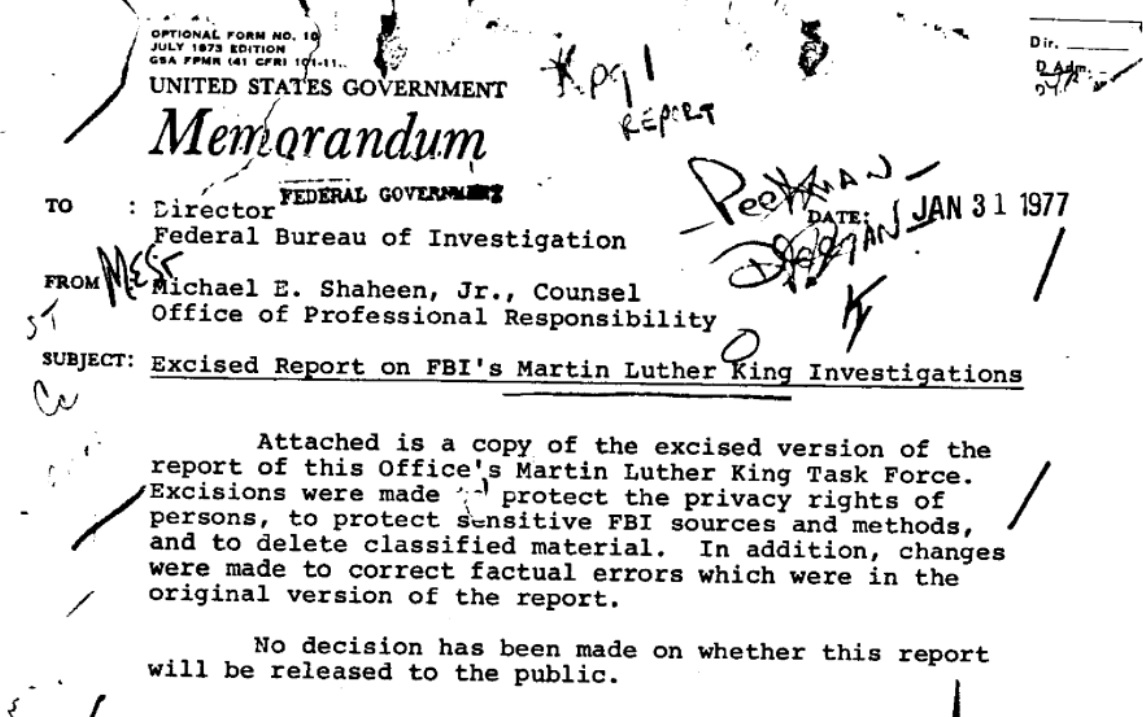 The Task Force had been formed the year prior, in response to the fallout from a Congressional hearing that had revealed the extent of the Bureau’s domestic surveillance, particularly in regards to civil rights leaders such as Dr. Martin Luther King, Jr. 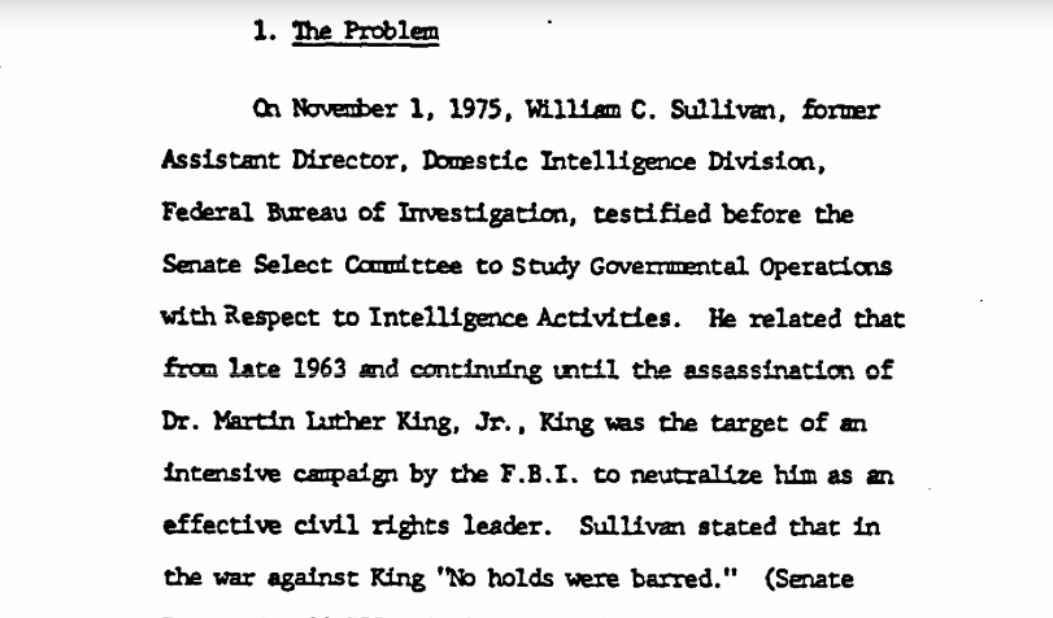 The revelations had been so damning, in fact, that they had cast doubts on the integrity of the FBI’s investigation into King’s murder and added credence to the theories that the Bureau was somehow responsible.

Disproving the latter was the Task Force’s primary concern, so the bulk of the report involved reviewing the case files for evidence that the FBI had, though action or inaction, aided or abetted James Earl Ray. 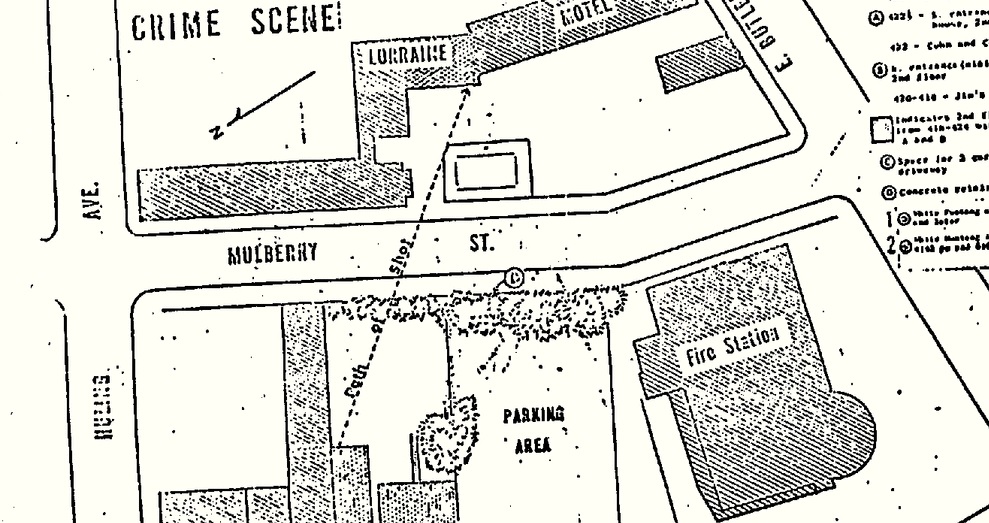 While the report found that the investigation had been hampered by a lack of coordination between the FBI, the Attorney General’s Office, and the Memphis Police, there was no evidence that the Bureau had done anything to sabotage the investigation, and had indeed pursued things within the full extent of its abilities.

But rather than exonerating the FBI, it was in evaluating those abilities that the Task Force uncovered its most damning findings. The second, shorter, and much more incendiary part of the report covers the extent of the Bureau’s “surveillance and harassment” of King at the behest of J. Edgar Hoover.

The Task Force was so worried about the extent of this extralegal surveillance becoming public, either through King’s relatives or even worse, FOIA requesters, that they recommended the evidence sealed and destroyed as quickly as possible. 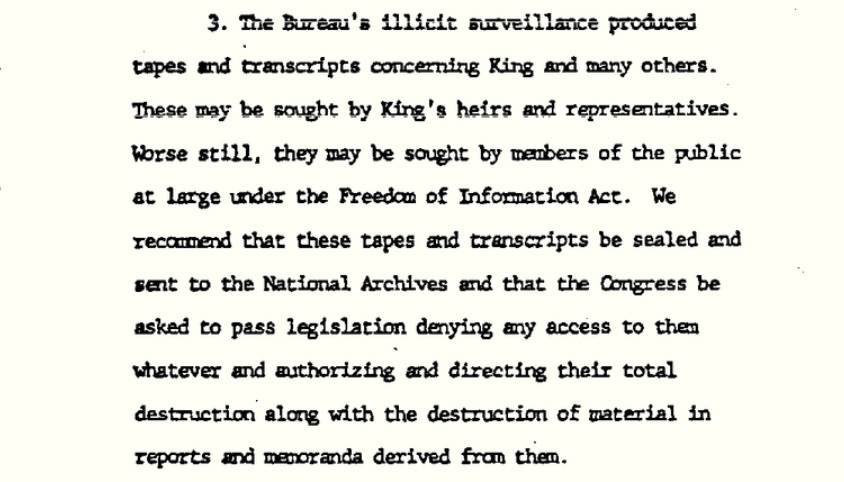 The report closes on the strong recommendation that, in order to avoid risking the loss of the public’s faith in institution, the FBI never again overstep its bounds and engage in this kind of illicit, illegal behavior. 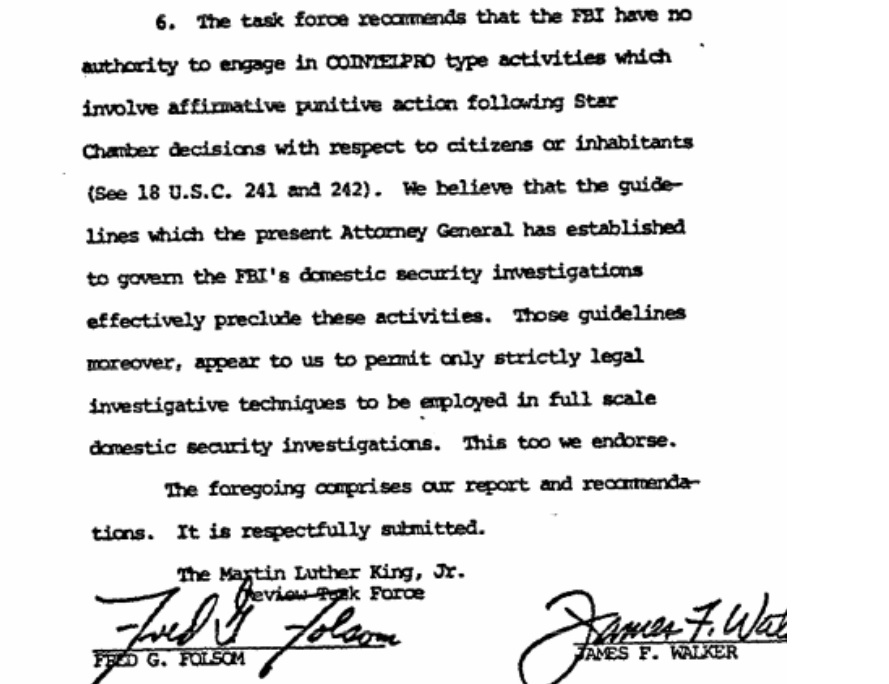 The reader can decide the extent to which the Bureau decided to heed that advice.

The first part of MLK’s FBI file is embedded below, and the rest can be read on the request page.