Back in February, Taylor Amarel made the following FOIA request with the Internal Revenue Service:

I would like to obtain all emails sent to, from, or copied to Linda.J.McCarty@irs.gov, from January 1, 2015 to Present day containing any of the following non-case-sensitive keywords: “Kushner”, “Amarel”, “Trump”, “EB-5”, or “Fraud.”

A little over a month later, the IRS responded and released 66 pages of relevant emails. While the vast majority involve the Department of the Treasury’s difficulty in obtaining images of President Donald Trump and Vice President Mike Pence in a high enough resolution to display publicly in a federal building without pixelation …

one email, and impassioned plea from a taxpayer, stood out. 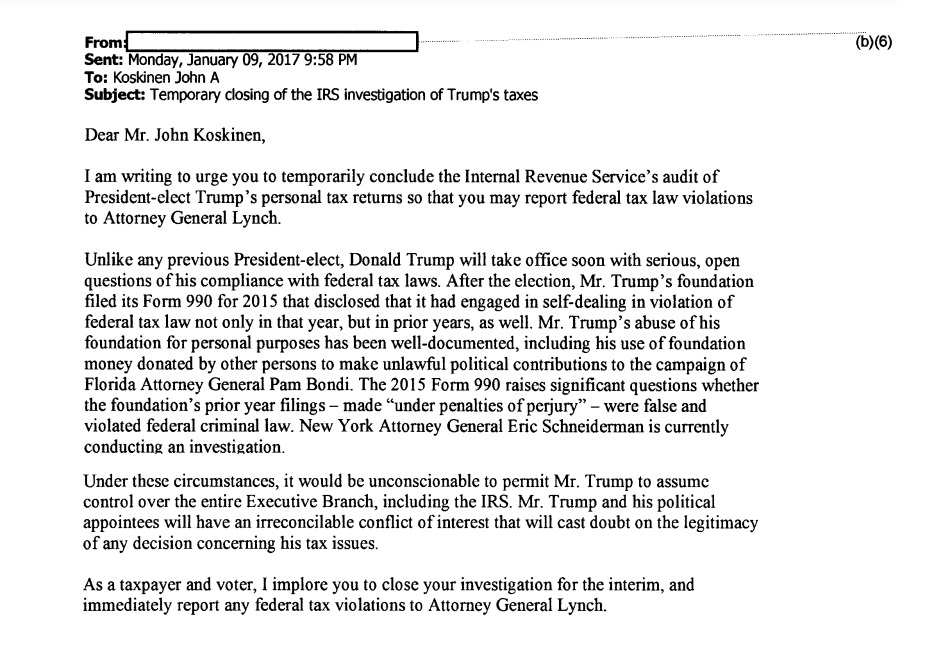 What did the IRS do with this passionate entreaty to save democracy? They threw it on the pile.

That email was apparently one of hundreds the IRS had received leading up to the inauguration - an event that they were apparently looking forward to, for if nothing else, it meant an end to the emails. 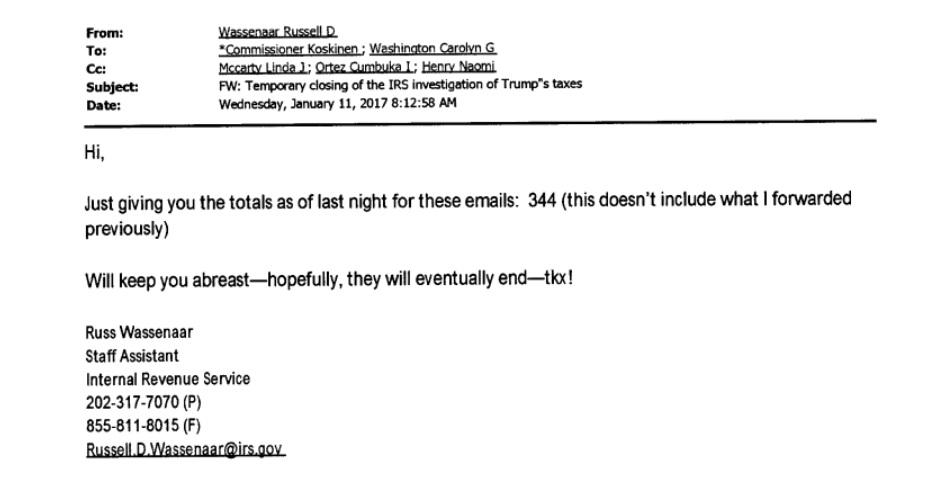 The IRS, for their part, did not temporarily suspend their audit (not that that really would have mattered), and the returns remain unreleased. And no, you can’t get them through FOIA. Happy Tax Day, everybody!

Read the full email release embedded below or on the request page: