Yesterday, the former Guatemalan dictator Efraín Ríos Montt, who was later convicted on charges of genocide and crimes against humanity the occurred during his 17-month reign, died.

the U.S. government would soon embrace his violent counterinsurgency campaign, with Secretary of State George Shultz praising it as “impressive progress in human rights.” 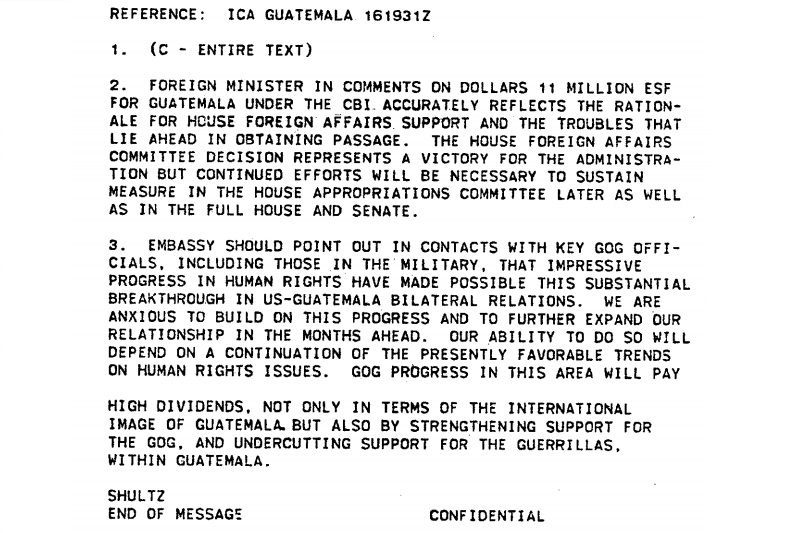 Browse through the records below, and if you find anything, let us know through the form.

Image via Elena Hermosa / Trocaire and licensed under Creative Commons