Since 2009, the Louisiana Department of Insurance (LDOI) has recorded 247 complaints against bail enforcement agents, also called bounty hunters. The list of reasons given on the spreadsheet provided indicate that the wide range of problems that exist in an industry notoriously free of oversight, and range from abusive behavior to outright theft. All but one, which was withdrawn, seem to have been either passed off to another agency to handle, or have been referred to the legal system with one resulting in a settlement.

There are three allegations of “high pressure tactics,” with three also having been “substantiated.” It is impossible to know if this was the just ruling without any hard evidence.

Misrepresentation is another glaring issue. Seven complaints were lodged, and even with the knowledge four of them were found to be substantiated, three cases of an agent more or less lying to secure a bounty is troubling.

Perhaps the most common complaint, and also worrying, are the 53 complaints of unsatisfactory refunds of premium. This is becoming a distinct pattern in our reporting on the bail industry. Five of these cases ended in settled claims, with another 10 being dealt with in “compromise settlements.” 22% of these cases ended with the company’s position being substantiated. This means that over 3/4 of these complaints were found to have merit, and that a bail bond company had failed to give them all of their money back. Which is theft by any another name. 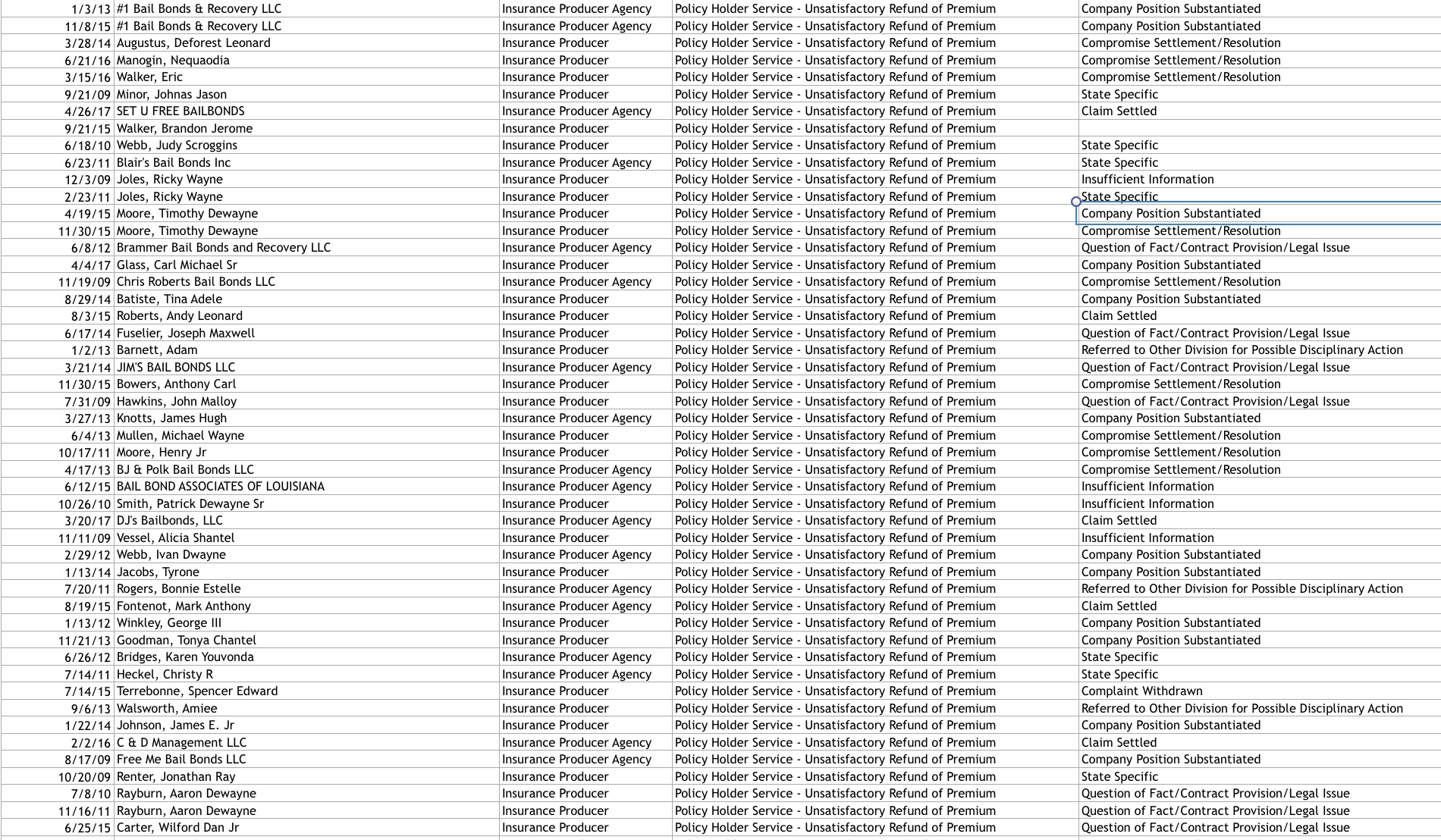 The three fraud complaints of fraud, all of which were found to have legitimate cause behind them, also stand out. Two of them were handed off to other avenues, with one forwarded to another unnamed agency for disciplinary action. The other ended in a settlement.

There are plenty of other kinds of complaints. Claims delays, violations of insurance laws, inadequate reimbursement rates, using unlicensed names, and two cases where bail agents were operating unauthorized. Definitely take a look at the rest of the table and see for yourself, either on the request page or embedded below.